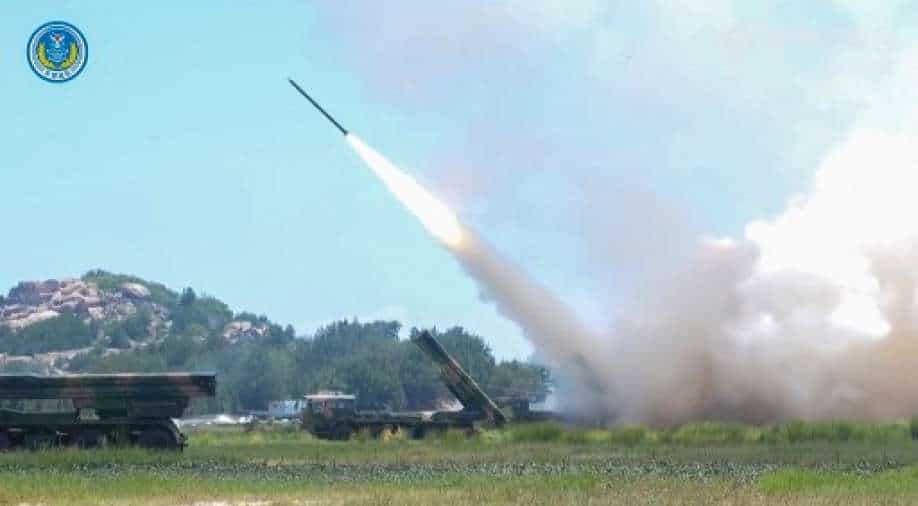 As the Chinese drills near Taiwan entered its third day on Saturday, Taiwan’s defence ministry claimed the Communist regime has been “simulating attack” on its main island.

Reports claimed earlier that Chinese missiles had flown past Taiwan as Chinese warplanes and ships conducted military drills around the Taiwan Strait and reportedly crossed the median line.

China began military exercises two days ago after US House Speaker Nancy Pelosi visited Taiwan as she slammed China’s tactics against the island nation and vowed the US would stand with its long-time ally.

China considers Taiwan as a breakaway province which it has said it will take by force if necessary. President Xi Jinping has often threatened Taiwan with military force. Last year China sent the largest number of warplanes into Taiwan’s air defence zone ratcheting up tensions in the region.

WATCH: China suspends cooperation with the US

Chinese army’s Eastern Theater Command theatre declared that over ten destroyers from different directions had carried out “containment operations” during the military drills on Friday. Reports claimed Chinese jets also filmed Taiwan’s coast and mountains as Taipei declared it won’t back down against its “evil neighbour”.

Taiwan said at least 68 warplanes and 13 ships had crossed the “median line” running through the Taiwan Strait. This week China has sent several fighter jets even as Pelosi was still in the region.

Pelosi visited Japan during her Asia tour as the Japanese Prime Minister Fumio Kishida expressed concern over China’s drills claiming that missiles had landed in its economic zone.