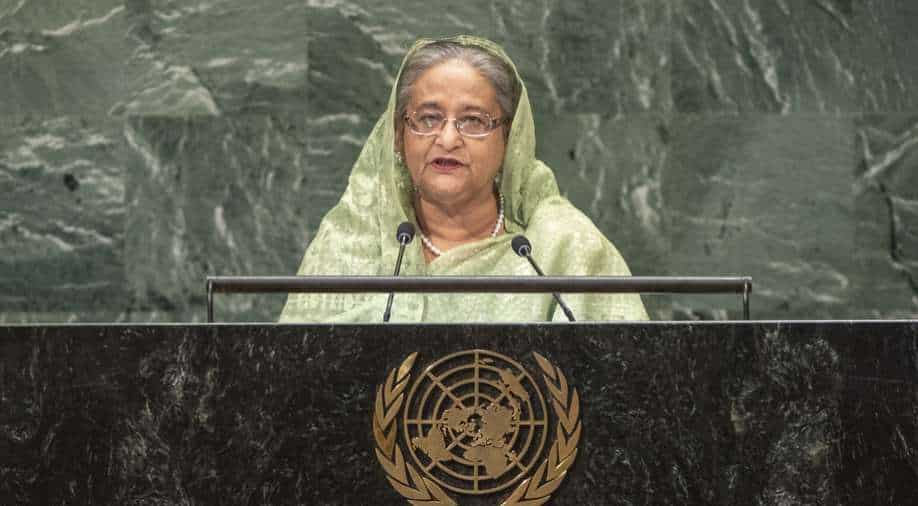 After Pakistan PM Shehbaz Sharif took a rather subtle dig at western nations for climate change affecting his country in an address at the United Nations General Assembly (UNGA), Bangladesh PM Sheikh Hasina took a similar approach and targeted the rich countries.

Stating that rich countries could not be bothered, Hasina added, “I know the rich countries, they want to become more rich and rich. They don’t bother for others.”

Bangladesh is one of the most densely populated countries lying in a region which puts it in the most vulnerable category of nations expected to be affected by climate change.

Hasina also called out the western nations for not coming through on raising $100 billion a year for developing nations to cope with climate change, as enshrined in the Paris accord.

“We want that fund to be raised. Unfortunately we didn’t get a good response from the developed countries. Because they are the responsible ones for these damages, they should come forward.” she further added.

Earlier, the Pakistan PM, in a rather passionate outburst talked about the climate catastrophe his country was facing and how the emissions from western countries were primarily the reason for it.

“Why are my people paying the price of such high global warming through no fault of their own? Nature has unleashed her fury on Pakistan without looking at our carbon footprint, which is next to nothing.” added the Pakistan PM.

The UNGA has become a platform for the South Asian countries to show the mirror to the western nations on their hypocrisy on climate change.

There have been growing demands from countries in the developing world to hold the rich and developed nations accountable for their flawed plans to tackle climate change.

The voices are now asking for reparations from the rich and developed countries as well. As reported by WION, earlier this month, Pakistan’s Federal Climate Minister Sherry Rehman argued that the western nations owe developing nations reparations for accelerating climate change.

“There is so much loss and damage with so little reparations to countries that contributed so little to the world’s carbon footprint that obviously the bargain made between the global north and global south is not working,” said Rehman.

Rehman in clear terms batted for a reset of targets and asserted that “richer countries must do more”.

“Historic injustices have to be heard and there must be some level of climate equation so that the brunt of the irresponsible carbon consumption is not being laid on nations near the equator which are obviously unable to create resilient infrastructure on their own.” added the Pakistan leader.