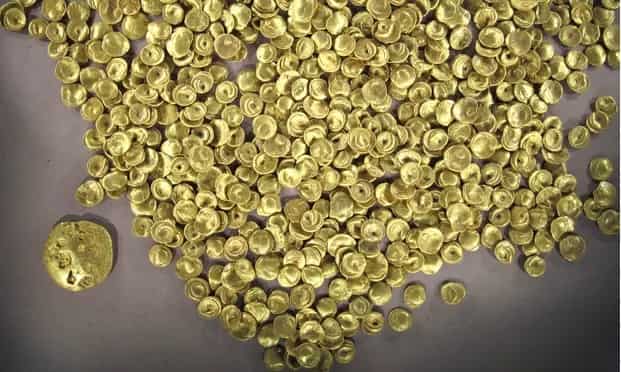 As many as 450 Celtic coins worth several million euros were stolen from a German museum after the thieves disrupted their phone lines and internet connection. The heist was carried out on early Tuesday morning at the Roman-Celtic Museum in the Bavarian town of Manching. The employees found the showcase, where the coins were kept, broken, local police told AFP.

Police said they are currently investigating how the heist took place despite the museum being located at high-security location.

The city’s mayor Herbert Nerb termed the robbery a “complete catastrophe” for the Bavarian town.

“They cut off the whole of Manching,” Nerb told the German newspaper Sueddeutsche Zeitung.

“The museum is actually a high-security location. But all the connections to the police were severed. Professionals were at work here,” he added.

According to the police, the coins, discovered in 1999, date back to the Third Century BC and have a value of “several million euros”.

Tuesday’s robbery is the latest in a series of high-profile museum heists in Germany.

One of the famous cases happened in 2017, where thieves managed to steal the ‘Big Maple Leaf’, considered the world’s second-largest gold coin. The robbery took place at Berlin’s prestigious Bode Museum.

At Green Vault museum, 21 pieces of jewellery and other valuables were stolen in a brazen night-time raid in Dresden’s Royal Palace in November 2019.

The Green Vault heist is still considered to be the biggest art robbery in modern history. Insurance experts say the loot is worth at least 113.8m euros.

Officials believe that a notorious criminal family is behind the Green Vault raid.