Skip to content
HomeWorld1 in 5 young people in China are unemployed: Report 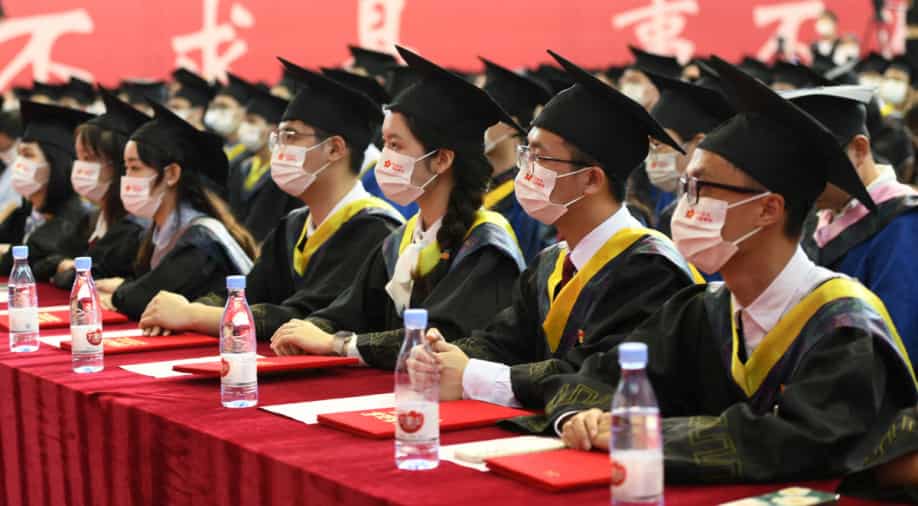 China’s youth unemployment rate reached a record high of 19.3%, in the month of June with nearly 1 out of 5 young people being out of work, the media reported. It was largely also attributed to Beijing’s zero-Covid move of pushing strict large-scale lockdowns in major cities like Shanghai which led fresh graduates into less than ideal economic situations.

China’s National Bureau of Statistics (NBS), told the Hong Kong-based English newspaper South China Morning Post (SCMP) that it has noted this trend of high unemployment come June and July each year since they started monthly calculations in 2018. However, the rise in unemployment began in October 2021 and has been steadily increasing since. In April, it broke the record of hitting 18.2% which was the highest ever, the SCMP reported.

This number added a record of 10.76 million college graduates to an already worsening job market. In comparison, the Chinese urban unemployment rate was at 5.5% in June which is a slight improvement, said the NBS.  The SCMP also compared this rate of youth unemployment to other countries’ young people between the ages of 16-24. In the US, in the same month, it was 8.1%, similarly, in the EU it was 13.3% and 3.8% in Japan.

According to the NBS spokesperson Fu Linghui, “Companies struggling amid the Covid pandemic are less capable of absorbing new workers. Meanwhile, the recovery of the service sector, a big source of youth employment, has been slow.” Notably, by June the production index in China dropped 0.3% with sectors like tourism, hospitality and catering taking the brunt of Covid-19 induced lockdowns and restrictions. Meanwhile, several private education and internet service companies also fired people amid government crackdowns, the SCMP reported.

“The youth unemployment rate could rise further as young people will find it very difficult to get a job in such labour market conditions,” Tommy Wu, lead China economist with Oxford Economics told SCMP. He added, employment related to infrastructure projects may rise as the Chinese government has been focusing more on the sector, however, Wu believes consumer services and private-sector activity will remain stagnant.

This rate of overall unemployment remained high even after two months of lockdowns had ended as June began. The SCMP also addressed Shanghai China’s commercial capital and one of its most populous cities, particularly as the rate of urban unemployment was 7% above the national average of 5.5%. According to Wu, the city will take some to “get back on track” after the lockdowns in the second quarter, as they are still fearing new restrictions. Notably, the city’s second-quarter unemployment rate was 12.5% compared to the national average of 5.8% in the same quarter.