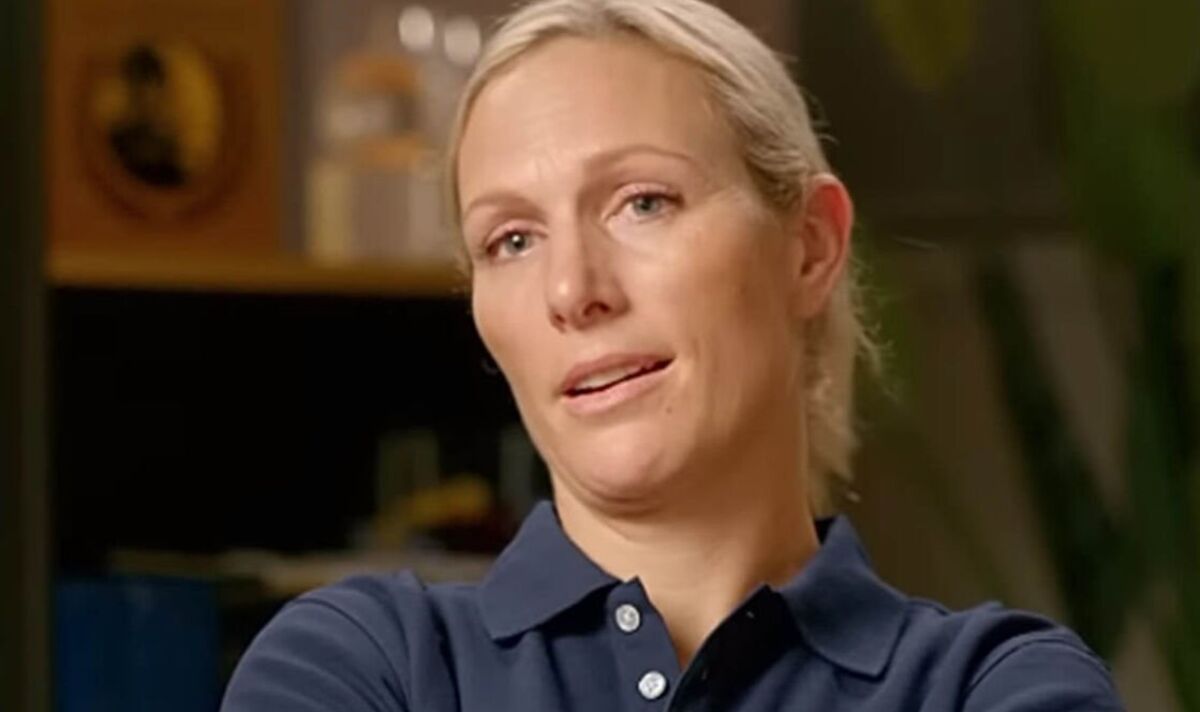 Mike and Zara briefly touched upon the subject of further growing their family. Princess Anne‘s daughter was the first special guest on her husband’s new podcast, titled Mike Drop and released on Magic Millions’ YouTube channel.

After discussing how becoming a mother affected her career as an equestrian, Mike dampened hopes any fans of the Tindalls may have had to see the family adding a new member.

He said: “And now that you have gelded your stallion and you there is going to be no more children coming down the line…”

The former rugby player was interrupted by Zara, who said amid laughter: “You’ve gelded yourself!”

Also laughing, Mike put the spotlight back on his wife’s career, asking her what her “drive is now” and whether she has “any other itches” she needs to scratch as an equestrian.

Zara, who took part in three Olympic Games and won the silver medal in a eventing team at the 2012 Games, replied: “I’d love to win an Olympic gold, that’s probably driving me at the moment, I’d love to go to another Olympics.”

This candid exchange came after the former rugby player had already mentioned he did not want another child following the birth of Lucas in early 2021.

While Lucas is turning two within just weeks, Lena came into the world in 2018 and Mia, the Tindalls’ firstborn, was welcomed in 2014.

READ MORE: Meghan and Harry telling own story ‘comes at a cost’

During the new YouTube programme, husband and wife also discussed how the birth of Mia affected Zara and her career.

The Olympian said: “After having Mia, I felt like this was my goal, to get back [on a horse].

“I had a good horse to come back to for your confidence and trying to… I wanted to get back for him as well.

Despite her drive, it wasn’t easy to get her body back into the shape needed by an equestrian.

She said: “But it was hard getting your body back when you’ve been riding for 25 years, and then your body is just completely not doing that.

“Your muscles [are] doing nothing and stretching and creating an amazing thing [a baby] but it’s completely different. And to try to get your body back to where it was, I found it was hard work.”

As many other new mothers, including the Princess of Wales, Zara also revealed she expressed some “guilt” over leaving her child to get back to her career.

She said: “You do feel guilty. I felt guilty all the time. Even just going to go and ride. I just thought that’s an aspect of my life now.”