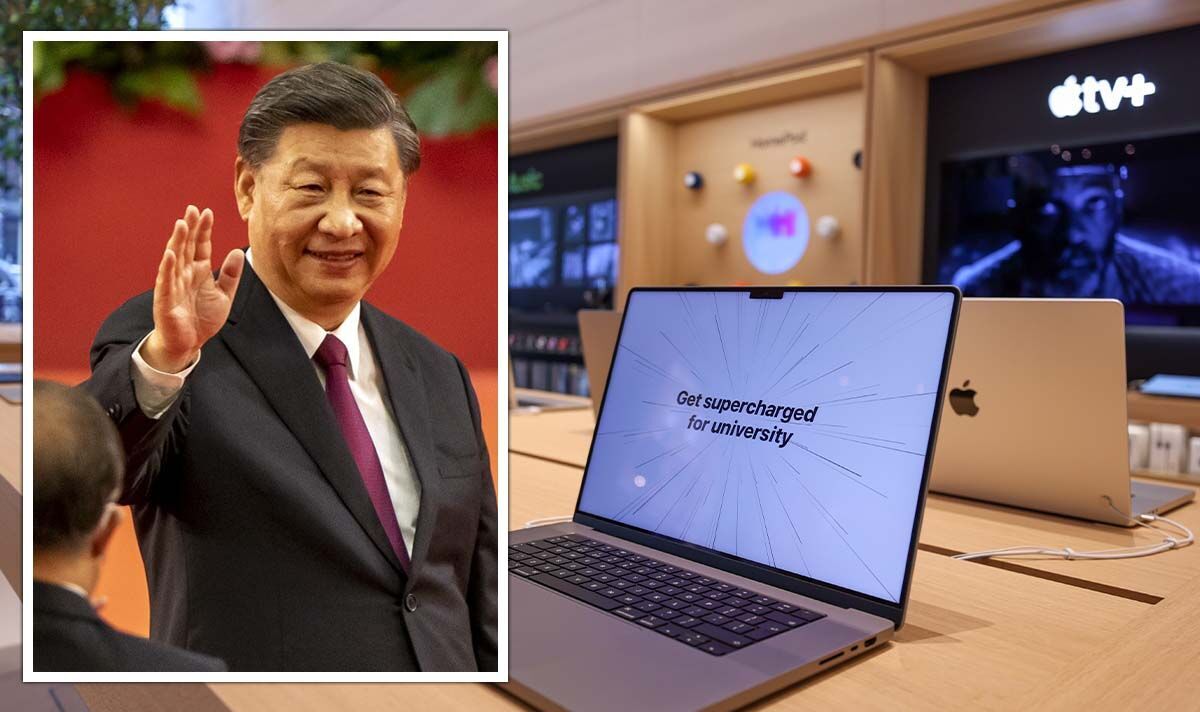 Last week, top US democrat Nancy Pelosi’s visit to Taiwan prompted fury from China, which regards the island as a breakaway province and part of its sovereignty. In a retaliatory measure, Beijing began hosting military drills with live fire near the island and also hit Taipei with economic sanctions. Chief among these sanctions was a ban on natural sand export, which is crucial for making semiconductors.

A semiconductor chip is an electric circuit forming a crucial component of a wide range of technological devices, ranging from 5G tech to computers, cars and gaming hardware.

Taiwan also dominates the world in exports of semiconductors, accounting for 64 percent of the global manufacturing revenue according to TrendForce.

Given the critical importance of Taiwan’s exports to global trade, Gina Chon, a columnist for Reuters warned that Chinese Premier Xi Jinping could hold these exports hostage if tensions get worse.

She wrote: “If strains between China and Taiwan continue to worsen, the People’s Republic has a trump card: threatening to cut off the island’s exports, which include products from pivotal chipmaker TSMC, formally known as Taiwan Semiconductor Manufacturing.”

She noted that aside from these initial sanctions and military drills, “the People’s Republic could threaten to retaliate further.

“A naval blockade and a no-fly zone, for example, could in theory keep Taiwan’s main products from heading around the world.

“Isolating or disrupting TSMC would be a fresh disaster for the global economy.

“As tensions rise to threats that can cause real consequences, China holds a big chip in its hand.”

Losing semiconductors from Taiwan would be devastating for the US, as the Biden administration’s 100-Day Supply Chain Review Report says, “The United States is heavily dependent on a single company – TSMC – for producing its leading-edge chips.”

The fact that only TSMC and Samsung (South Korea) can make the most advanced semiconductors (five nanometres in size) “puts at risk the ability to supply current and future [US] national security and critical infrastructure needs”.

To end this reliance, the US has been trying to attract TSMC to the US to increase domestic chip production capacity.