Skip to content
HomeNewsWhat’s behind the renewed tensions between Serbia and Kosovo? 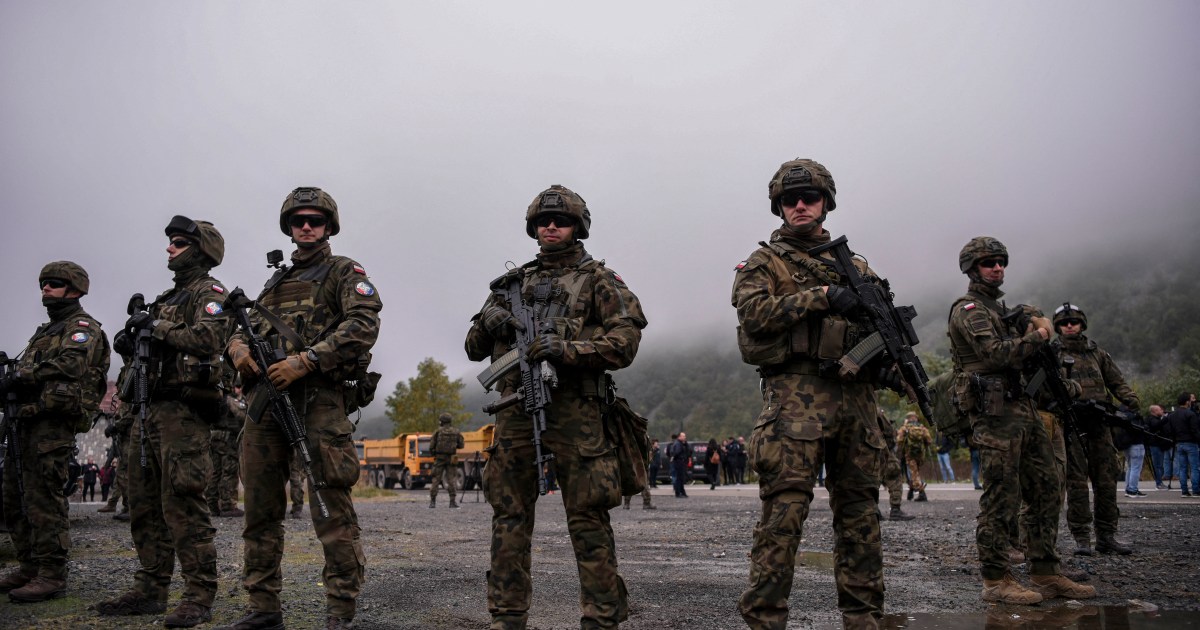 Tension has flared between Kosovo’s ethnic Serbs and the government in Pristina – a worrying development 14 years after Kosovo declared independence from Serbia.

Ethnic Serb protesters blocked access roads to two border crossings with Serbia in northern Kosovo on Sunday, July 31, and unknown gunmen fired on police, though no injuries were reported. Trucks, tankers and other heavy transport vehicles were parked on roads blocking the Jarinje and Brnjak border crossings.

The violence erupted over plans by the government in Pristina to require people entering Kosovo with Serbian IDs to replace them with a temporary document during their stay in the country, and a plan for Serbian drivers to display Kosovo number plates on their vehicles.

Kosovo proclaimed independence from Serbia in 2008 but ethnic Serbs who make up the majority in the northern region of the country do not recognise Pristina’s authority. They remain politically loyal to Serbia which still provides financial support.

No one was injured in the latest outbreak of violence, and Kosovo police said the removal of the barricades erected at the border in the north of the country has allowed the two border crossings with Serbia to reopen.

However, the renewed ethnic tension has revived longstanding fault lines between Serbia and Kosovo and renewed fears of further conflict in Europe.

What’s behind the latest violence?

Under the new regulations proposed by Pristina, all ethnic Serbian citizens will have to fill out provisional identity card documents rather than use their Serbian IDs while in Kosovo. In addition, vehicles with Serbian licence plates must affix provisional Kosovar licence plates upon entry.

The prime minister of Kosovo, Albin Kurti, explained the new rules as countermeasures to neighbouring Serbia, which has not recognised Kosovan identity documents for several years. Upon entry to Serbia, Kosovan citizens receive a document similar to the one that Kosovo now wants to introduce for travellers with Serbian identity documents.

Gëzim Krasniqi, lecturer in nationalism and political sociology at the University of Edinburgh, says Pristina’s plan is the same practice that Serbia has used with Kosovo document holders since 2011 as part of a European Union-mediated agreement on facilitating border crossing between the two countries.

“Serbian authorities have opposed the agreement and at the same time urged local Serbs to resist these measures,” Krasniqi told Al Jazeera.

“Kosovo’s decision to start applying stickers on Serbian car plates in October 2021 sparked a similar blockade of the Kosovo-Serbia border. Following EU intervention, the two parties agreed to meet in Brussels to find a solution. Yet, no solution has been reached to this date,” Krasniqi said.

“The current tensions over personal IDs and car plates are part of a larger problem with the Serbian government refusing to honour previous agreements reached in Brussels as well as resisting any attempt to establish legal and symbolic symmetry between Kosovo and Serbia,” he said.

Has the tension ended?

Barricades have been removed and tension has abated at the border for now following the Kosovo government announcing a postponement of the new identity document and car registration plate requirements.

However, Pristina has accused neighbouring Serbia of instigating the protests in order to destabilise the country that declared independence in 2008 after a NATO intervention that stopped Serbia’s bloody crackdown against ethnic Albanian separatists in 1999.

Neither Belgrade nor its ally Moscow recognise Western-aligned Kosovo as an independent state and have blocked its efforts to join the United Nations.

Kosovo, which is recognised as a nation by more than 100 countries, has also sought to join NATO.

The EU has been trying to mediate between Belgrade and Pristina since 2013.

Though Kosovo and Serbia have signed numerous agreements on border crossings and car plates in 2011, 2013, and 2016, little progress has been made, Krasniqi noted.

What role does Serbia play?

The current crisis is part of a long and much deeper conflict between Serbia and Kosovo.

Kosovo plays an essential role in the founding narrative of the Serbian nation.

It was part of Serbia until an armed uprising by its ethnic Albanian majority in 1998 and 1999 was bloodily crushed by Belgrade. Only a NATO operation to drive Serbian troops out of Kosovo ended the war.

Kosovo declared its independence from Serbia in 2008, which Serbia still has not recognised to this day.

“Serbia does not see Kosovo as an independent state, and therefore it has been waiting for any kind of … [opportunity] … from Kosovo to react against it. And frankly, Kosovo has relatively less international support in this issue unlike Ukraine,” Ahmet Erdi Ozturk, associate professor in politics and international relations at London Metropolitan University, told Al Jazeera.

The government in Belgrade has been using the latest tensions as political capital.

Serbian President Aleksandar Vucic has consolidated his power in Serbia with little respect for the rule of law and democratic norms, and maintains close ties with Russia while also benefitting from the EU’s financial assistance as part of Serbia’s European integration path.

He has also managed to resist pressures to make any meaningful concessions on Kosovo, Krasniqi said.

“Vucic is the main orchestrator of the present tensions in Kosovo. It is a well-established practice of his regime and its tightly controlled media to instigate fear among Kosovo Serbs and Serb people more broadly of an allegedly imminent threat coming from Kosovo with the backing of countries such as the US and the EU,” he said.

“Unfortunately, these tactics have been tolerated by the EU and other relevant international actors in the region for a long time. Only now, with the Ukrainian war and the looming threat of a spillover effect in the Western Balkans, Western politicians and commentators are paying closer attention to Vucic’s regime and the threat it poses to the peace and stability in the region.”

Can the EU ease the tension?

The EU has pushed for a crisis meeting between both sides.

Whether or not the EU will ever be able to play a significant role in easing the tension remains open for debate.

“The EU does not seem to have a clear vision about a lasting solution,” Krasniqi said.

“This also results from its inability to formulate a unified position on Kosovo’s statehood and independence. Unfortunately, the five [EU] countries that do not recognise Kosovo (Spain, Greece, Romania, Slovakia and Cyprus) have imposed their stance as the EU’s stance and thus effectively undermined the fact that more than two-thirds of EU members recognise Kosovo,” he said.

What makes the situation even more volatile are two colliding agendas in Belgrade and Pristina that have not changed since independence was declared in 2008.

Kosovo is trying to strengthen its statehood, and Serbia is constantly trying to undermine that statehood; Serbian President Vucic caters to nationalist sentiments at home and Kosovo’s Kurti must ensure the sovereignty of Kosovo.

“It has become clearer than ever that a lasting solution is not possible without addressing the status issue, namely mutual recognition,” Krasniqi said.

“The longer the dispute lasts, the bigger the potential for conflict and unrest in the region,” he said.

Ozturk, of London Metropolitan University, had a similar conclusion.

“From a realistic perspective, there is no solution in this stage …. and we can see new tensions in the future.”