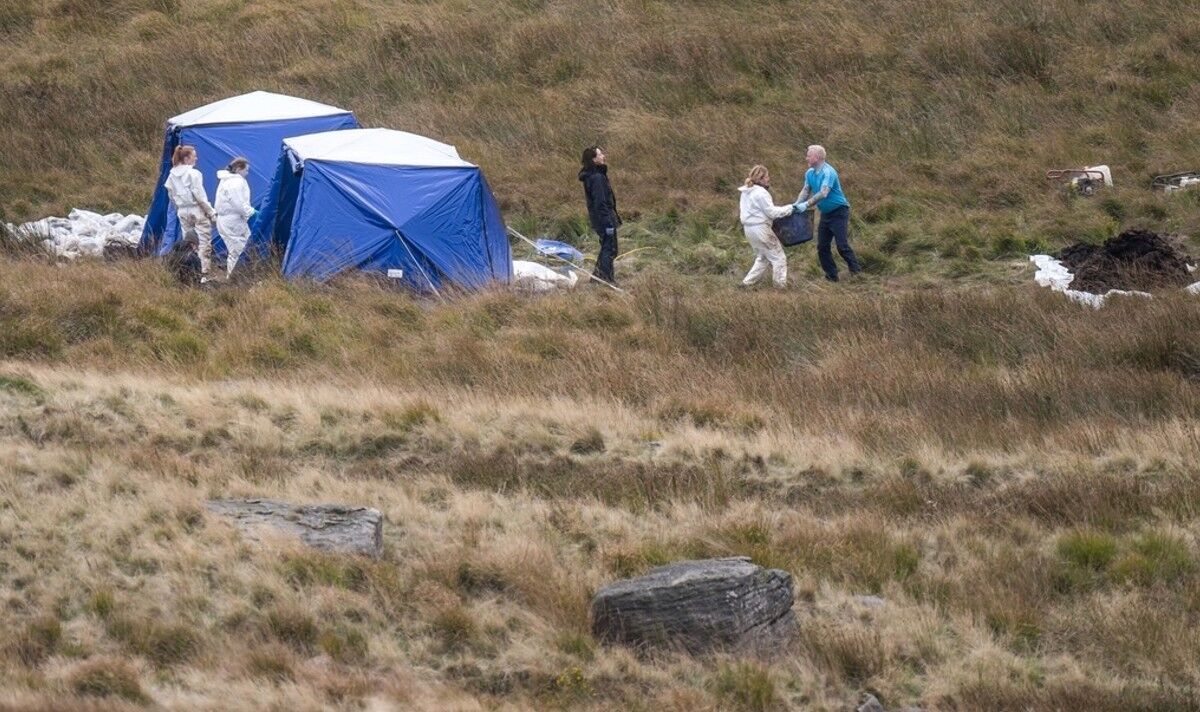 In 2012 – 48 years after Keith’s death – his mother Winnie Johnson died aged 78 without fulfilling her wish to give him a Christian burial.

Greater Manchester Police said the Cold Case Review Unit, supported by specialist officers and staff from across Greater Manchester Police as well as experts from accredited partner agencies, has completed the search of the area of interest on Saddleworth Moor. The force added that at this time, there is no evidence of the presence of human remains.

Assistant Chief Constable Sarah Jackson said: “Since 1964, Greater Manchester Police has remained committed to finding answers for Keith Bennett’s family. Keith’s family is central to any action we take in relation to this case and the thoughts of everyone involved remain them. Dedicated officers remain in regular liaison with them to ensure they are updated on any progress we make.

“We have always said that we would respond, in a timely and appropriate manner, to any credible information which may lead us towards finding Keith. Our actions in the last week or so are a highly visible example of what that response looks like, with the force utilising the knowledge and skills of accredited experts, specialist officers and staff.

She added: “It is these accredited experts and specialists who have brought us to a position from where we can say that, despite a thorough search of the scene and ongoing analysis of samples taken both by ourselves and a third party, there is currently no evidence of the presence of human remains at, or surrounding, the identified site on Saddleworth Moor. However, I want to make it clear that our investigation to find answers for Keith’s family is not over.

“We understand how our communities in Greater Manchester feel about this case, the renewed interest in it and the shared desire to find Keith. Much of Saddleworth Moor is private land so we would ask that members of the public, in the first instance, report any perceived intelligence to their local police service. The discovery of suspected human remains must be reported immediately to enable the use of specialist resources to investigate appropriately.”

Senior Investigating Officer Detective Chief Inspector Cheryl Hughes said the investigation into Keith’s disappearance and murder has remained open since 1964 and will not be closed until officers have found the answers his family have deserved for so many years.

DCI Hughes said: “We are thankful for their continued support of our ongoing enquiries. This has been a distressing time for them and we ask that their privacy is respected.”

“We understand the confusion which may have been caused to Keith’s family and communities across Greater Manchester by reports to the contrary. We hope by giving this detailed update today, we provide reassurance GMP are committed to finding accurate answers for Keith’s family.”

She explained in response to the September 29 report, officers met with the member of the public who provided GMP with samples and copies of the photographs he had taken. He also took officers to the location from which he had obtained them and provided grid references.

“The items given to us by the member of the public have been examined by a forensic scientist and though this hasn’t yet indicated the presence of human remains – more analysis is required. With regards to the photograph, we have sought the assistance of a forensic botanist.

“We are now utilising the knowledge and skills of a forensic image expert to put a standard anthropological measurement to the object to assist with identification. At this stage, the indications are it would be considerably smaller than a juvenile jaw and it cannot be ruled out that it is plant-based.

“The excavation and examination at the site is complete and, to reiterate, we have found no evidence that this is the burial location of Keith Bennett.”