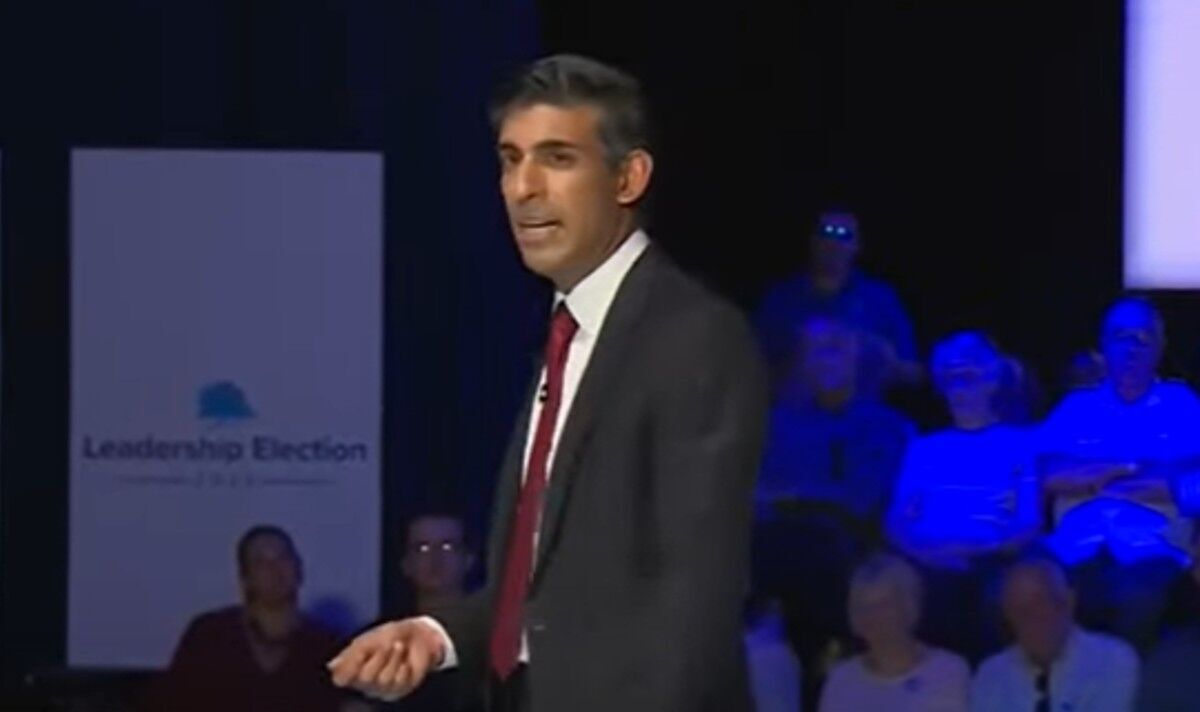 Footage was leaked earlier today of the former chancellor claiming that he needed to “undo” a Labour Party initiative that saw vital funding “showved into deprived urban areas”. Mr Sunak was speaking in Tunbridge Wells as part of his campaign to become the next Prime Minister, and face immediate backlash for implying that money needed to be withdrawn from deprived areas and reinsterted into affluent ones. While in Eastbourne today, Mr Sunak appeared to roll back his comments, saying that he “does not believe [levelling up] is just about our large urban cities”, carefully omitting the term “deprived” so as to not attract any further criticism for his earlier remarks.

Mr Sunak said: “I want to level up everywhere. As you may have seen from the video clip that is online, I don’t believe that is just about our large urban cities.

“I believe it is about investing and levelling up in small towns, in rural communities, in coastal communities like like those here in the south east.”

The audience of Tory Party members then broke out into a round of applause to his comments.

Earlier, while in Tunbridge Wells, in comments that recieved fierce crticism, Mr Sunak said: “To make sure that areas like this are getting the funding they deserve because we inherited a bunch of formulas from the Labour Party that shoved all the funding into deprived urban areas and that needed to be undone.”

Mr Sunak was forced to roll back his comments earlier today prior to the husting in Eastbourne.

Speaking to Sky News, he said: “Well I was making the point that deprivation exists right across our country and needs to be addressed.

“That’s why we need to make sure our funding formulas recognise that and people who need help and extra investment are not just limited to big urban areas but you find them in towns across the United Kingdom and in rural areas too.

“The point that I was making was that our funding formulas fail to recognise that, that they are out of date, and they need changing.

“That is work that I started doing as a local government minister and I am actually pleased as chief secretary and chancellor to have been able to change the rules of the Treasury to make sure we get investment in all our regions and to create things like the levelling up fund, which puts investment into communities across the country.”

But listeners were hesitant to accept Mr Sunak’s explanation of his comments, and particularly his use of the word “deprived”.

In a poll on social media of nearly 1,500 people, more than 91 percent of respondents said they did not believe the former chancellor’s explanation that he had simply meant to say levelling up should not be kept to urban areas.

The controversy is further unwelcome news for Mr Sunak, who in recent weeks has had to deal with another video that emerged of him as a student smirking as he said he did not have any working class friends.

The two videos make for uncomfortable viewing irrespective of Mr Sunak’s financial status, but his eye-watering wealth has made the comments all the more troublesome.