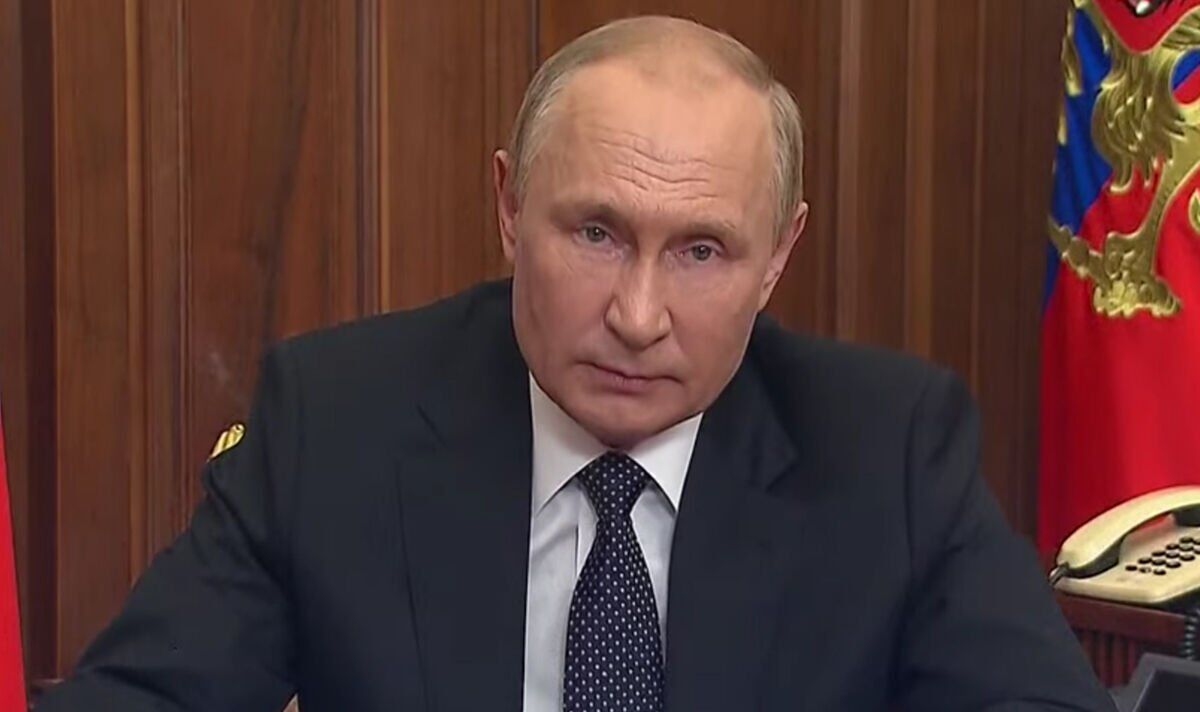 “To have any mobilisation at all is an admission that he’s losing the war, that he hasn’t got adequate troops and that he also has not been able to convince volunteers to join the forces.

“Because he had been trying desperately, including trying to persuade convicts to join the army in exchange to reduce their sentences.

“So that’s obviously been a farce and this is now what we’re facing.”

He added: “He was dangerous even before he was humiliated but this was a complete disaster from the moment the war began because he was forced to withdraw from Kyiv, the capital, which he thought he was going to take in a few days.

“He’s now having to call in more troops because he knows his existing army is losing every day.

“That is very bad news for him.”

The address comes as Moscow-installed leaders in occupied areas of four Ukrainian regions announced plans to hold referendums on joining Russia in the coming days.

In the apparently coordinated move, pro-Russian figures announced referendums for September 23-27 in Luhansk, Donetsk, Kherson and Zaporizhzhia provinces, representing around 15 percent of Ukrainian territory, or an area about the size of Hungary.

World leaders meeting at the United Nations in New York denounced Russia’s invasion of Ukraine and the latest plot.

“The Russians can do whatever they want. It will not change anything,” Ukraine’s Foreign Minister Dmytro Kuleba said on Tuesday in response to reporters’ questions at the United Nations where leaders were arriving for a General Assembly meeting dominated by the war in Ukraine.

READ MORE: Queen puts Biden and other leaders in their place one last time