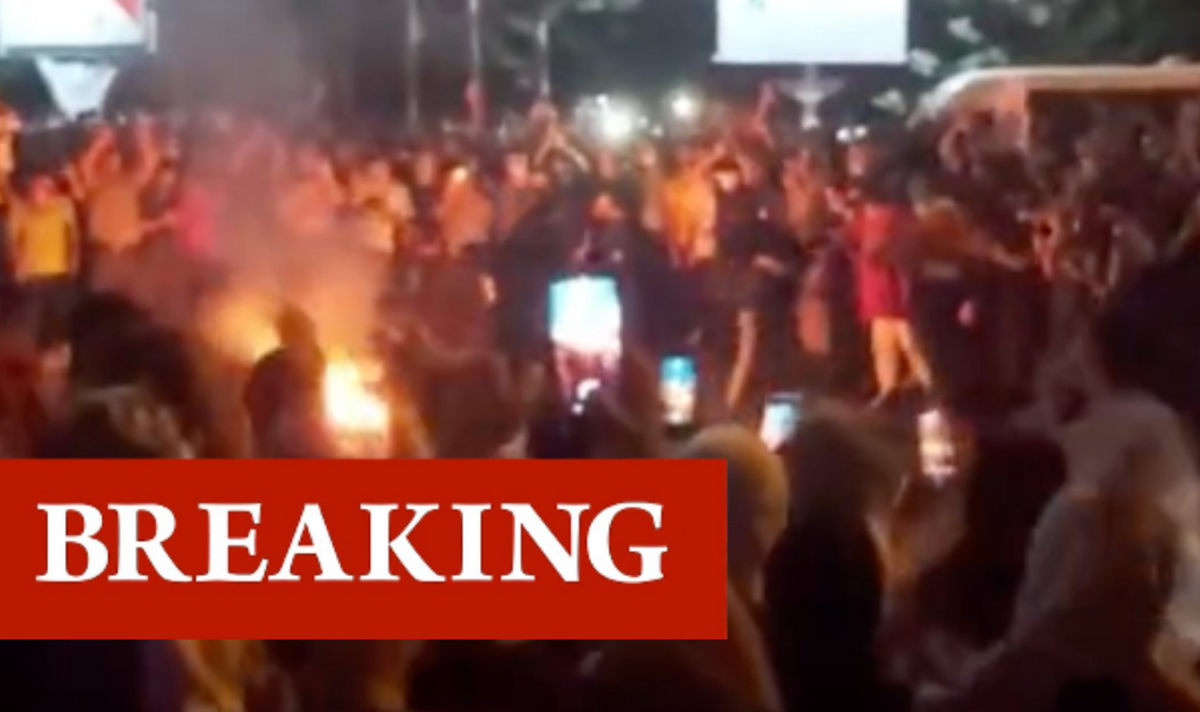 Videos uploaded to social media show Iranians protesting across the country. Plumes of smoke can also be seen rising into the night’s sky as women defiantly dance while they burn their veils to the applause of the crowd.

Holly Dagres, an Iranian-American and senior fellow at the Atlantic Council, claimed protests also shouted “death to the dictator” as they removed posters of Ayatollah Ruhollah Khomeini and supreme leader Ali Khamenei.

The posters appear to have been removed from a municipality building in Sari, which is the capital of the northern Mazandaran province.

A clip from Kerman’s Azadi Square yesterday also showed a woman cutting her hair as people chanted “death to the dictator” while she was sitting on top of a utility box.

Reports claim Amini was beaten and sustained injuries during her arrest which led her to fall into a coma.

Authorities in Tehran claim Amini fell ill as she waited with another woman being held by religious police.

The West has voiced concern about Amini’s arrest.

The United States demanded accountability after she “sustained while in police custody for wearing an ‘improper’ hijab”.

He said: “The main elements of the initial core of the gatherings in Tehran tonight were fully organised, trained and planned to create disturbances in Tehran.

“Burning the flag, pouring diesel on the roads, throwing stones, attacking the police, setting fire to the engine and garbage cans, destroying public property, etc … are not the work of ordinary people.”

However, the human rights group Hengaw said three people had died at rallies in Kurdistan.

Another 221 people had been wounded and 250 were arrested in the region.