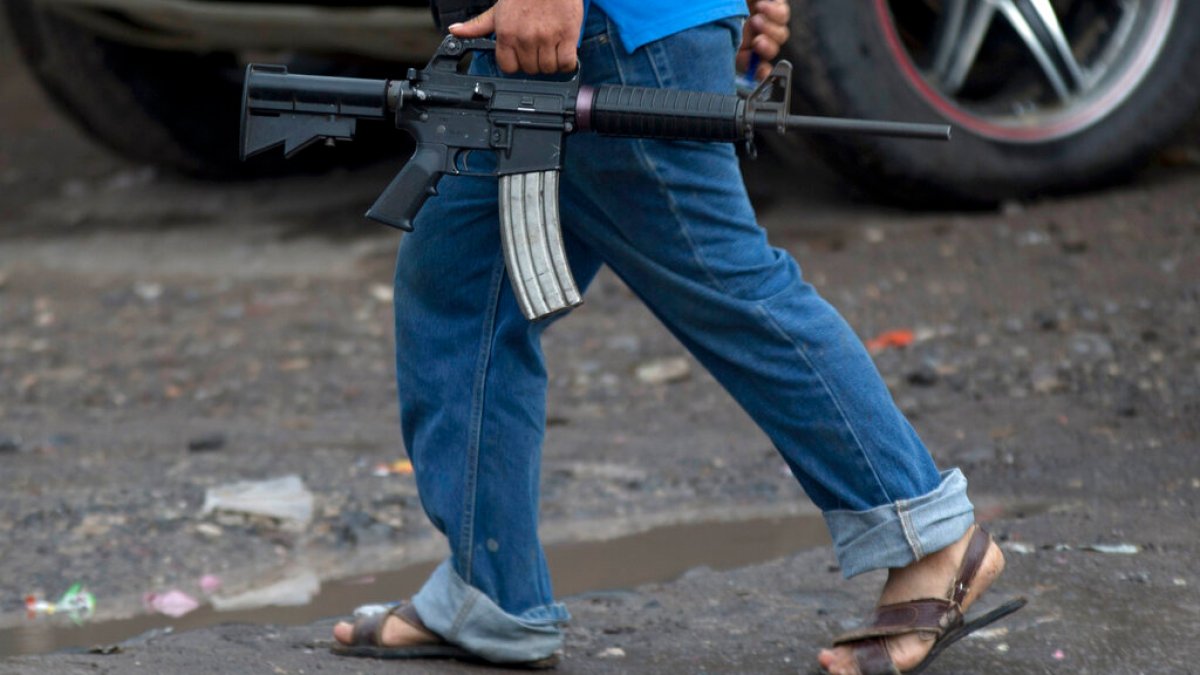 Mexico estimates that 2.2 percent of the nearly 40 million guns made annually in the US are smuggled across its border.

A US judge has dismissed Mexico’s $10bn lawsuit that sought to hold US gun manufacturers responsible for facilitating the flood of weapons that are smuggled across the United States-Mexico border to drug cartels.

In its August 2021 complaint, Mexico estimated that 2.2 percent of the nearly 40 million guns made annually in the United States are smuggled into Mexico, including as many as 597,000 guns made by defendants named in the lawsuit.

Mexico said that in 2019 alone, at least 17,000 homicides were linked to trafficked weapons from the US.

“While the court has considerable sympathy for the people of Mexico, and none whatsoever for those who traffic guns to Mexican criminal organizations, it is duty-bound to follow the law,” Chief Judge F Dennis Saylor said in a 44-page decision announced in federal court in Boston on Friday.

Mexico’s foreign affairs ministry said it would appeal the decision “and continue insisting that the sale of guns be responsible, transparent and accountable, and that the negligent way in which they are sold in the United States facilitates criminals’ access to them”.

“This suit by the Mexican government has received worldwide recognition and has been considered a turning point in the discussion around the gun industry’s responsibility for the violence experience in Mexico and the region,” the ministry said.

Mexico was seeking at least $10bn in compensation, but legal experts had viewed the lawsuit as a long shot.

The Mexican government had argued that the companies know their practices contribute to the trafficking of guns into Mexico and facilitate it. Mexico wanted compensation for the havoc the guns have wrought on its people.

A lawyer for Smith & Wesson declined to comment. Lawyers for Sturm, Ruger did not immediately respond to requests for comment.

Mexico said gun smuggling has been a key factor in its ranking third worldwide in the number of gun-related deaths each year. It also claimed to suffer many other harms, including declining investment and economic activity and a need to spend more on law enforcement and public safety.

But the judge said Mexico could not overcome a provision in a US law – the Protection of Lawful Commerce in Arms Act – that shields gun makers from lawsuits over “the harm solely caused by the criminal or unlawful misuse of firearm products … by others when the product functioned as designed and intended”.

Mexico argued the US protection act did not apply when an injury occurred outside the United States.

Saylor did not agree.

“Mexico is seeking to hold defendants liable for practices that occurred within the United States and only resulted in harm in Mexico,” he wrote. “This case thus represents a valid domestic application of the PLCAA, and the presumption against extraterritoriality does not apply.”

The sale of firearms is severely restricted in Mexico and controlled by the defence department. But thousands of guns are smuggled into Mexico each year by the country’s powerful drug cartels.