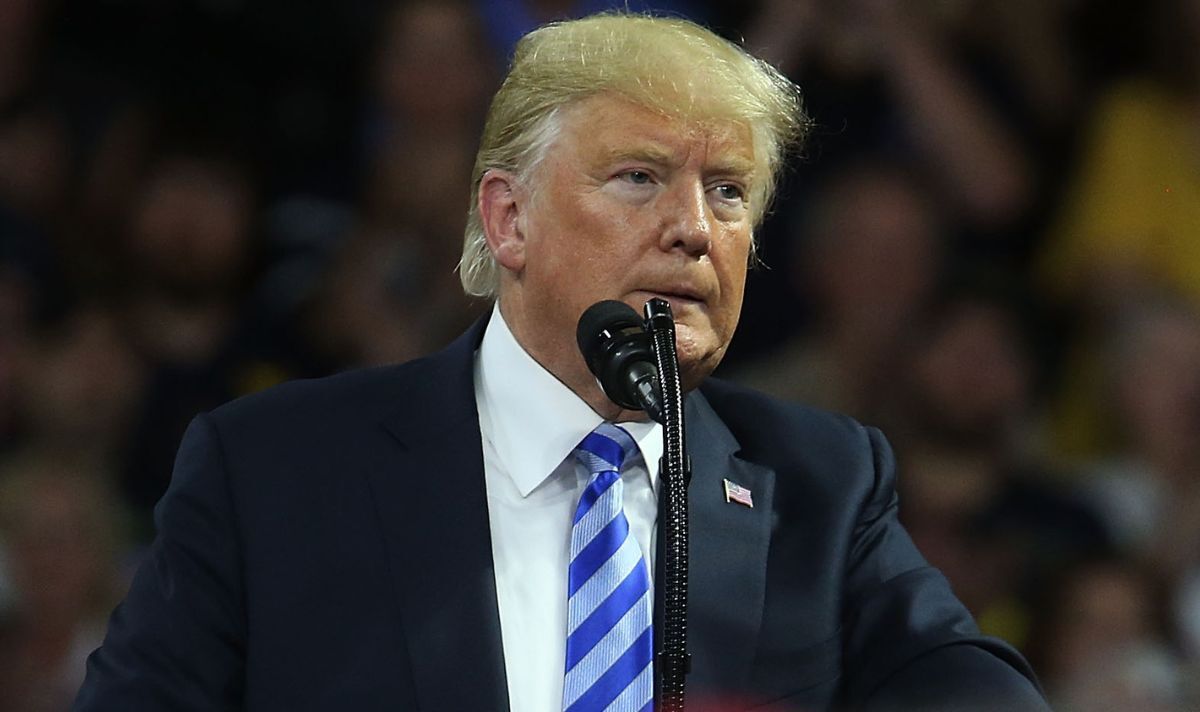 The 45th President alleged that officers from the FBI took his passports during a raid on his Mar-a-Lago residence in Florida last week. The raid saw the officers seize numerous boxes, some of which reportedly contained classified documents from the White House.

Eleven different types of documents were said to have been removed, with some relating to nuclear weapons and others marked “top secret”.

Trump has since claimed on his social media platform, Truth Social, that FBI agents also “stole” three of his passports from his residence.

He demanded that the passports and all other property taken from his Florida residence be returned to him.

The former President wrote: “Wow! In the raid by the FBI of Mar-a-Lago, they stole my three passports (one expired), along with everything else.

“This is an assault on a political opponent at a level never seen before in our country. Third World!”

The apparent removal of the ex-President’s passports means that his supposed plan to travel to his golf properties in the UK later this summer is in doubt.

Trump’s office has not noted that he has any planned visits to any of his golf courses in Scotland.

However, according to a report by the Sunday Mail, the 45th President was set to visit Trump Turnberry and Trump International Scotland in Aberdeen on August 21.

Some have told the businessman not to come as officials in Scotland have increased security measures.

Labour MSP for South Scotland Colin Smyth said: “I think people would prefer if he just stayed away from Scotland altogether.

The raid last Monday saw the agents arrive unexpectedly with a search warrant due to suspicions Mr Trump still had sensitive documents which he took with him when he left the White House.

Trump argued that the documents which were seized have the protection of legal professional privilege and executive privilege.

On the social media platform, he said: “Oh great! It has just been learned that the FBI, in its now famous raid of Mar-a-Lago, took boxes of privileged ‘attorney-client’ material, and also ‘executive’ privileged material, which they knowingly should not have taken.

“By copy of this TRUTH, I respectfully request that these documents be immediately returned to the location from which they were taken. Thank you!”