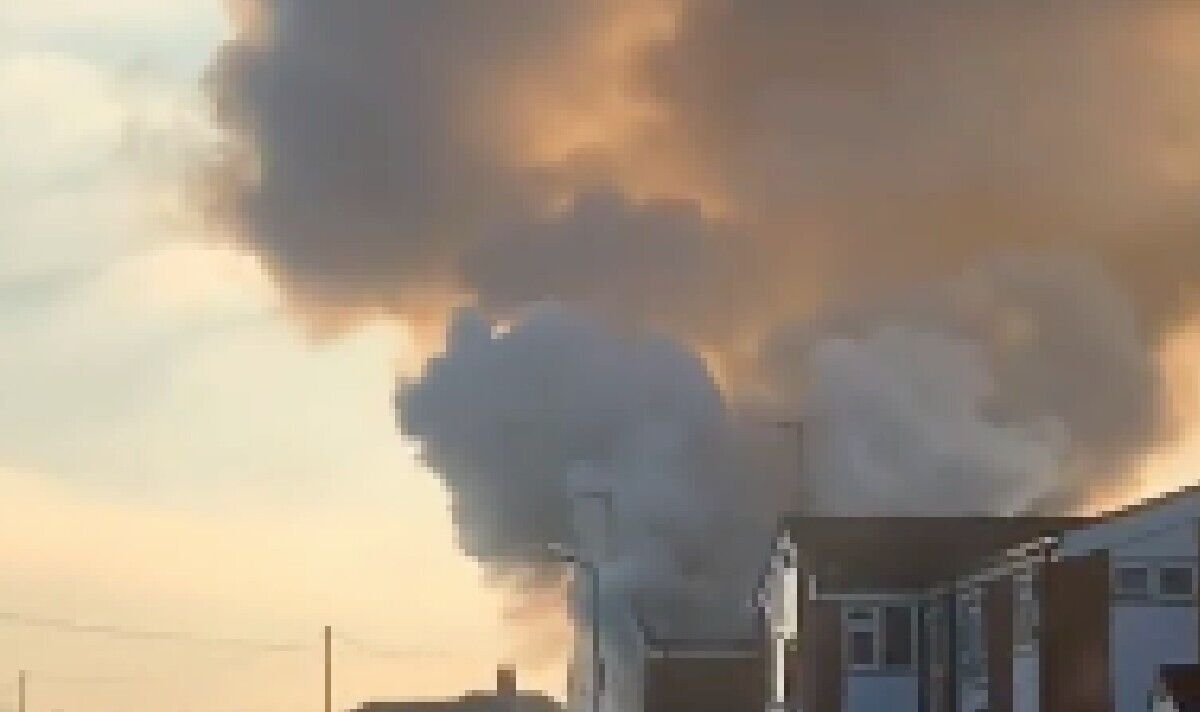 Flames ripped through a flat in west London, with roughly 60 firefighters tackling the massive fire. Eight fire engines were called to the blaze on Douglas Crescent, Hayes, just after 3pm this afternoon.

A London Fire Brigade spokesman said: “A flat on the first floor of the two storey block of flats is gutted by the fire.

“One woman and one man left the property before the Brigade arrived.”

They added: “Fire crews assisted one woman in evacuating from a ground floor flat. No injuries are reported.”

An emergency call was received at 3.01pm and the fire was under control by 4.21pm.

The cause of the fire is under investigation.

Earlier, LFB tweeted footage from the scene, commenting: “This is the scene firefighters faced at the flat blaze in #Hayes.

“Control Officers put extra resources onto the fire in the early stages due to video footage shared by people’s mobile phones though a system known as 9Eye.”