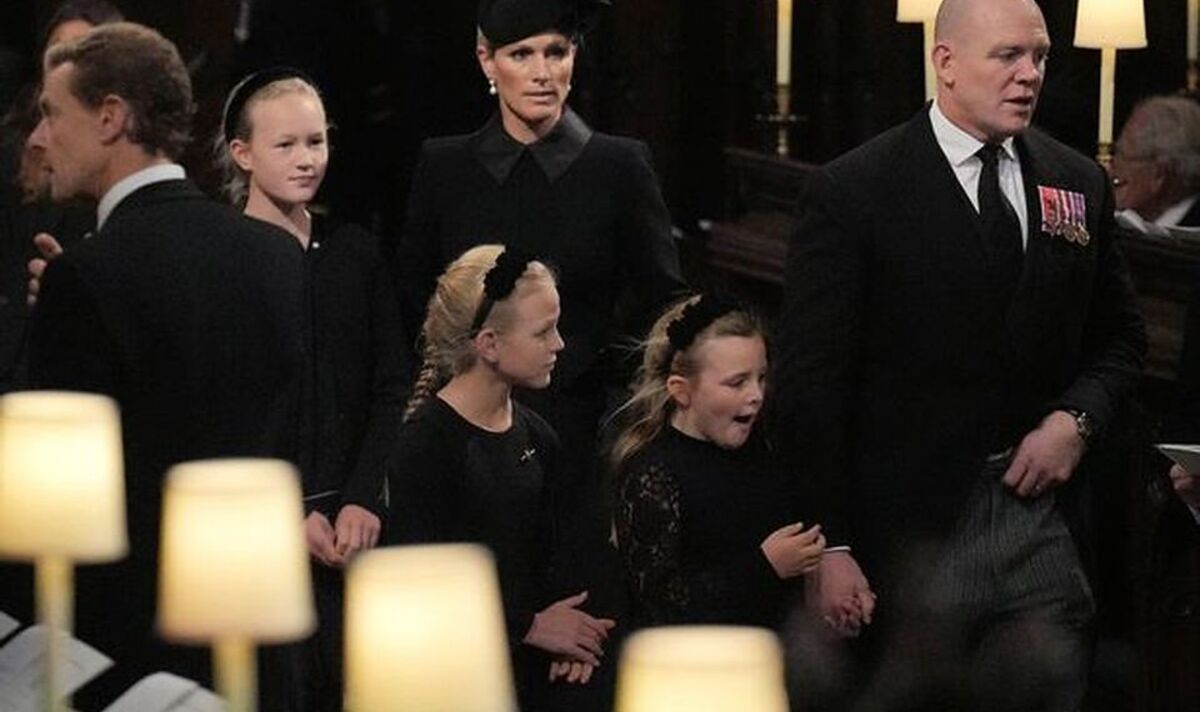 The eight year old also provided some light relief as she hopscotched following the service in Windsor. Mia held both her parents hands as she performed the sweet child’s game dressed in a black dress with a matching headband.

The Tindall’s were leaving the service at St George’s Chapel in Windsor Castle where the Queen was laid to rest beside her late husband Prince Phillip, in a private burial.

It followed the late monarch’s state funeral at Westminster Abbey earlier on Monday which was attended by a wide variety of world leaders.

Zara, 41, is the Queen’s granddaughter and the daughter of Princess Anne.

Like her mother she is renowned for her sporting success in equestrianism winning a silver medal at the 2012 London Olympics and BBC Sports personality of the year in 2006.

Her husband Mike, 43 is a former England Rugby Union player who won the 2003 world cup in Australia.

The royal couple are parents to three children, Mia, Lena, four, and one year old Lucas.

However, it was only Mia that attended the committal service with her parents.

Mia’s cousins, Prince George, nine, and Princess Charlotte, seven, attended the state funeral earlier in the day with their parents the Duke and Duchess of Cambridge.

READ MORE: Royal fans devastated as Charlotte bursts into tears ‘So proud of you’

After the death of Prince Phillip in 2021, his coffin was kept in the royal vault at Windsor.

Then following the Queen’s death earlier this month it was moved to the memorial vault so that they could be together again.

The Queen passed away at Balmoral Castle in Scotland on Thursday September 8.

Her coffin was then flown from Edinburgh Airport to London.

After arriving back in London, the late monarch’s coffin was brought back home to Buckingham Palace in front of thousands of mourners.

Last Wednesday the coffin was transported to Westminster Hall where Her Majesty laid in state until early on Monday morning.