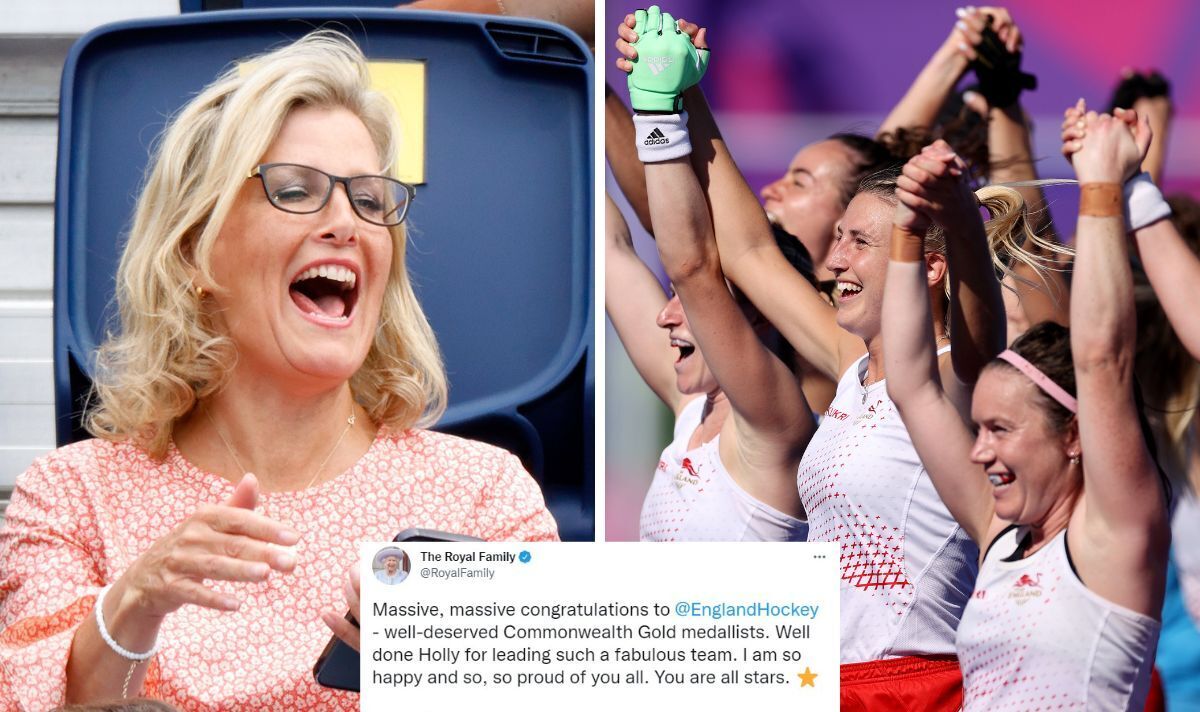 Sharing a message from the Royal Family’s official Twitter account, Sophie, 57, wrote: “Massive, massive congratulations to @englandhockey – well-deserved Commonwealth Gold medallists. Well done Holly for leading such a fabulous team. I am so happy and so, so proud of you all. You are all stars.” The heartwarming message was signed off by “Sophie”.

On Sunday, England women’s hockey team won their first Commonwealth gold after beating Australia 2-1 at the University of Birmingham.

Prince Edward is the Vice Patron of the Commonwealth Games Federation, meaning the Wessexes have been at a number of events since the Games kicked off on July 28.

And Wessex fans were quick to comment on the post, with user @loveforcambridg commenting: “Lovely message. Congratulations to the girls.”

England captain Hollie Pearne-Webb told the BBC: “I’m a bit lost for words – it’s the first time in history we’ve ever done this.

“It’s a new group. I think over the next two years it’s pretty exciting when we join up with the GB squad when the Scots and the Welsh come in.

“The crowd’s support has been absolutely phenomenal. I just feel so lucky that it’s in my career that we get a home Commonwealth Games.”

Last week, Princess Charlotte made headlines for her hilarious facial expressions during a swimming competition.

The Duke and Duchess of Cambridge brought their daughter along to the event.

Prince Charles and Camilla have also been seen throughout the Games, with the future King delivering the Queen’s speech at the opening ceremony.

Kate Middleton and Prince William, along with Prince Charles and Camilla, have been seen celebrating the Games, meeting competitors, volunteers and support staff, visiting venues and attending sporting fixtures.