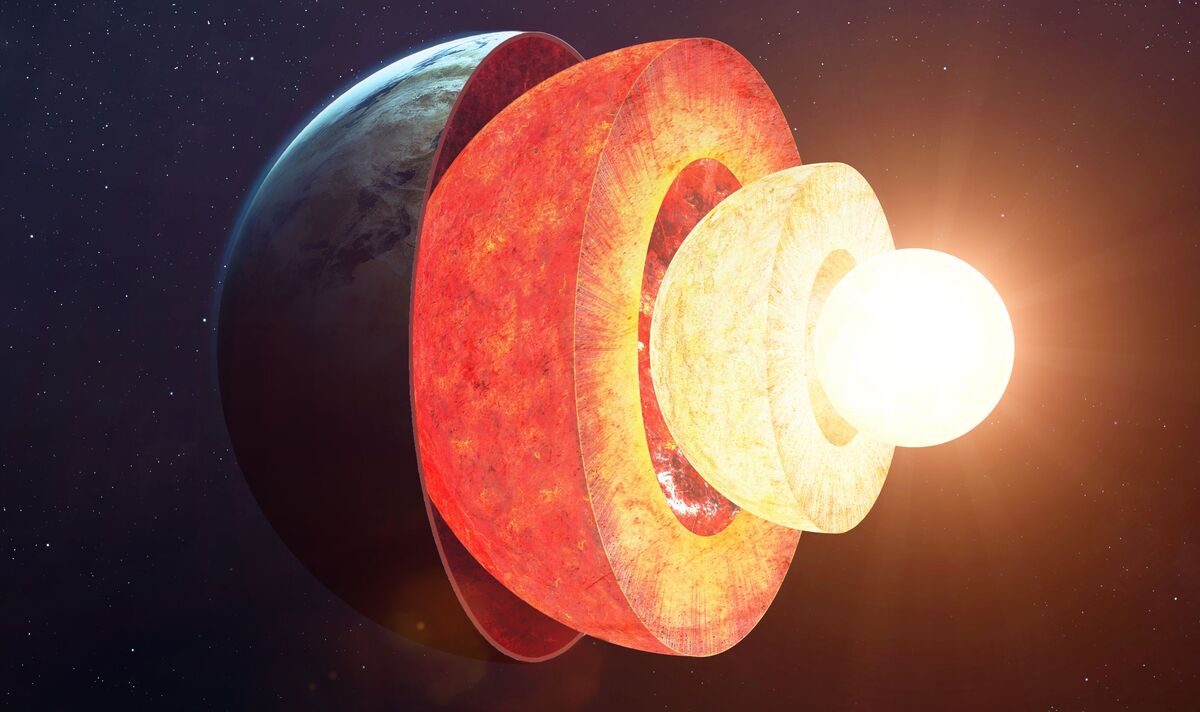 The Earth’s inner core — the solid ball of iron some 3,100 miles below our feet — has stopped turning with the rest of the planet and may have even started to spin in the opposite direction, a study has argued. The size of the dwarf planet Pluto, the inner core is able to rotate independently because of how it sits within the liquid metal outer core. Exactly how it rotates, however, has long been a subject of debate. Given its location at the heart of our planet, all that we know about the inner core comes from measuring how it affects the passage of seismic waves through it.

In their study, seismology professors Xiaodong Song and Yi Yang of China’s Peking University analysed seismic waves generated by earthquakes over the course of the last six decades.

They told the AFP that they found that rotation of Earth’s inner core “came to a near halt around 2009 and then turned in an opposite direction.

“We believe the inner core rotates — relative to the Earth’s surface — back and forth, like a swing.”

The researchers explained that “the cycle of the swing is about seven decades.” This means that the inner core would change its direction of rotation around once every 35 years.

According to the duo, the core last reversed course in the early seventies, and will do so again in the mid-2040s. These changes in rotation also line up with subtle changes in the length of the day — the exact time it takes the Earth to rotate on its axis.

While the behaviour of the inner core has little impact on our day-to-day lives, the researchers believe that all of the Earth’s successive layers — from the core to the crust — are physically linked to each other.

Profs. Song and Yang said: “We hope our study can motivate some researchers to build and test models which treat the whole Earth as an integrated dynamic system.”

Researchers not involved in the study, however, have expressed some skepticism about its conclusions, noting that there are many competing theories.

Seismologist Professor John Vidale of the University of Southern California told the AFP: “This is a very careful study by excellent scientists putting in a lot of data.”

However, he added, “none of the models explains all the data very well, in my opinion.”

Prof. Vidale’s work, in fact, has suggested that the inner core oscillates at a significantly higher frequency, reversing direction around every six years, rather than 35.

His work was based around an analysis of seismic waves generated in the wake of two nuclear explosions in the late sixties and early seventies.

This is around when, according to the new study, the inner core last reversed its rotation. Prof. Vidale suggests that this is “a coincidence”.

Geophysicist Professor Hrvoje Tkalcic of the Australian National University — who was also not involved in the present study — has previously published research that suggests, in contrast, that the inner core’s cycle lasts around 20–30 years..

He told the AFP: “These mathematical models are most likely all incorrect, because they explain the observed data but are not required by the data.

“Therefore, the geophysical community will be divided about this finding and the topic will remain controversial.”

The expert compared seismologists to doctors “who study the internal organs of patients’ bodies using imperfect or limited equipment.”

As geophysicists do not have a better way to study the Earth’s core — something, to extend the metaphor, analogous to a CT scan — Prof. Tkalcic said that “our image of the inner Earth is still blurry”.

Certainly, we have more to learn about our planet’s centre. One theory of the structure of the inner core even suggests that it might have another iron ball inside it — an “inner inner core”, as it were — like a Russian matryoshka doll.

Prof. Vidale added: “Something’s happening and I think we’re gonna figure it out.

However, he conceded, developments may be some time off. As he said: “It may take a decade.”

The full findings of the study were published in the journal Nature Geoscience.