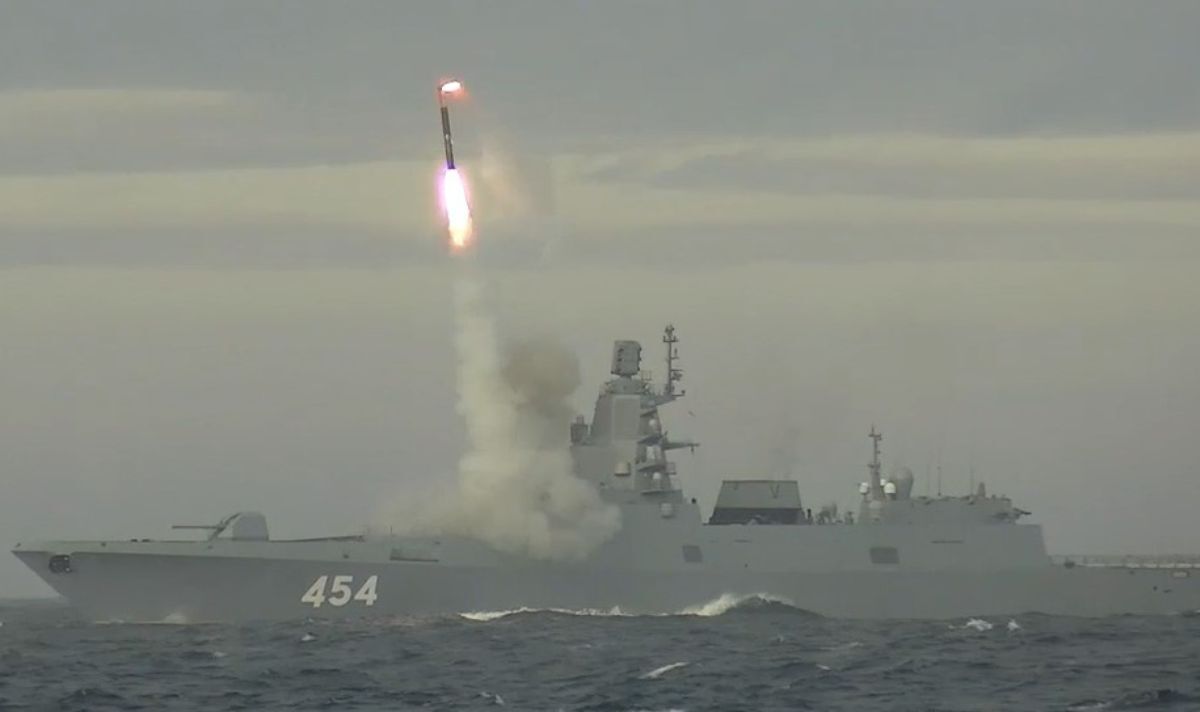 A Russian warship is headed towards US waters, according to an unconfirmed report in a Russian Telegram Channel. The ship was thought to be heading towards the Horn of Africa but it was picked up on radar heading west.

The account claimed the ship was “spotted on radar in neutral waters of the Atlantic Ocean – at an effective salvo launch distance from the US coast”.

It added that the Russian Ministry of Defence said the “ship’s crew is ready to perform combat operations” before it left port.

The Mach 9 – 6,670 miles-per-hour – nuclear-capable missiles have a range of at least 625 miles. Moscow showcased the weapon firing from the Barents Sea hitting a target 625 miles away in the White Sea.

The Portuguese Navy, a NATO member, tailed the frigate and its escort tanker the Kama. However, the Kama continued south of the Azores while the Admiral Gorshkov appeared to unexpectedly turn west.

The frigate was detected about 800 miles west of the island of Flores in the Azores, according to the radar tracking site ItaMilRadar.

At that distance, it would not yet be in range of the US with Zircon missiles. The frigate is also believed to be carrying Kaliber cruise missiles which have been used by the Kremlin in Ukraine.

The voyage appears to be a show of strength by Vladimir Putin who described the voyage of the ship “as an important, if not momentous, event”.

Putin added that the Zircon missile “has no equivalent in any country in the world”.

He continued: “I am sure that such a powerful weapon will allow us to reliably protect Russia from potential external threats and help ensure our country’s national interests.”

After setting off from the Arctic naval base Severomorsk on January 4, the Admiral Gorshkov was intercepted by the Royal Navy as it passed through the English Channel.

The Type 23 frigate HMS Portland followed the Russian frigate as it sailed closed to the UK on January 11.

The ship is set to take part in military exercises with the South African and Chinese Navies near South Africa next month.

It is then scheduled to continue on to the Indian Ocean and eventually the Mediterranean, likely through the Suez Canal.