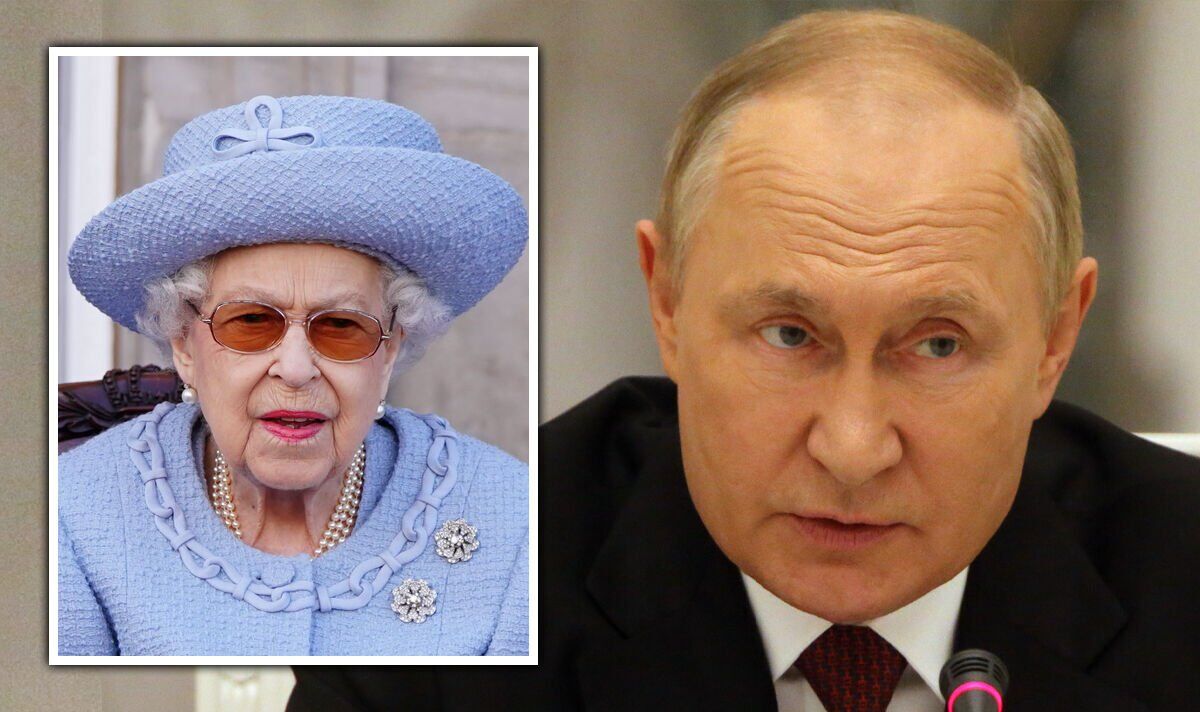 Andrey Gurulev, military commander and Member of the State Duma, said Western threats against planned referendums on joining Russia in invaded areas of Ukraine should be seen as a red line.

The reservist general, who is a member of the Russian parliament’s defence committee, said on TV: “If there is a real threat to Russian territory, we are fully entitled to use nuclear weapons.

“It will not provoke a nuclear war, because we will use operative – not strategic – nuclear weapons on Kalibrs, Iskanders, and bombs on planes.”

Anchor Olga Skabeyeva then horrifically claimed that Putin, “should have done it” on Monday, the day of Queen Elizabeth’s funeral.

She said: “All the best people were there at the funeral… God forgive me.”

Mr Gurulev then added: “When Britain is turned into a Martian wasteland, what will NATO’s Article 5 [defending collective security] be about….?

“Defending the Martian wasteland? There will be nothing left there. An unshakable island – it will be shakable.”

Presenter and Member of the State Duma, Yevgeny Popov, continued to say that: “Just to remind you that the United Kingdom is also a nuclear state, and they have nuclear weapons.”

However, Mr Gurulev reminded him that Britain only has “245 nukes”, compared to Russia possessing the largest stockpile of nuclear warheads in the world.

He added that with a “cleaver approach”, the UK “would be bled white in a heartbeat”.

However, Kremlin spokesperson Dmitry Peskov said ahead of Her Majesty’s funeral that Putin would not attend.

Mr Peskov said that although Russians “respect” the queen “for her wisdom,” Putin’s attendance at the funeral is not an option.

A senior British government source also told CNN last week Putin would not be invited due to Russia’s invasion of Ukraine.

The source said officials from Russia, Belarus and Myanmar had been ruled out due to the Ukraine war and Myanmar’s treatment of the Rohingya people.

After Putin was not invited to Her Majesty’s funeral, Russian propagandists released a fake video purporting to show the Queen throwing food to African children during a visit to the continent.

The kids can be seen scrambling to pick up the scraps as the monarch, dressed in white, watches on.

Ms Skabeyeva hosted a programmed with the fake clip, and said: “To understand what Queen Elizabeth was like. This footage shows the Queen in her younger years.

“And this is how she gave food to the children of the enslaved people in Africa.

“Just look at that kindness. As though they were animals in a zoo.

“This video embodies the way the West and Anglo Saxons behave towards everyone else in the world.”