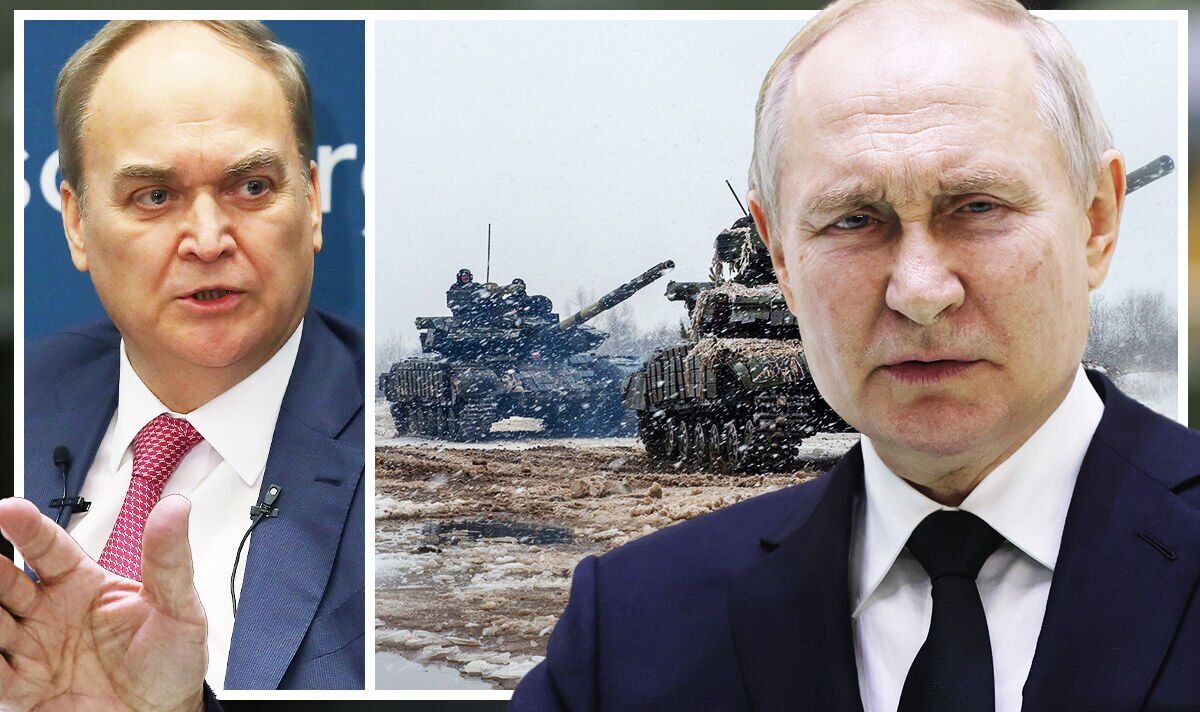 Russia has hit out at the US and Germany as the countries prepare to send more tanks to Ukraine. Washington is expected to announce the delivery of dozens of M1 Abrams battle tanks, Reuters reports, while Germany has finally agreed to offer its Leopard 2 tanks after weeks of uncertainty.

The move could represent another crucial blow to Russia‘s invasion efforts, and the country’s ambassador to the US has expressed his fury.

Writing on the Russian Embassy to the US’ Telegram, ambassador Anatoly Antonov accused Washington and Berlin of a “blatant provocation.”

He said: “It is obvious that Washington is purposefully trying to inflict a strategic defeat on us.

“If the United States decides to supply tanks, then justifying such a step with arguments about ‘defensive weapons’ will definitely not work. This would be another blatant provocation against the Russian Federation.”

While Kremlin allies rage at the latest military aide headed to Kyiv, Ukrainians are buoyed by the bolstering of their forces.

“This is what is going to become a real punching fist of democracy against the autocracy from the bog.”

The Russian government has escalated its rhetoric in recent days. On Monday, Moscow’s foreign minister Sergey Lavrov warned that Russia and the West are no longer in a “hybrid war” but almost a “real one”.

While on a state visit to South Africa, Lavrov also blamed the US and other Ukraine allies for the lack of progress towards peace.

He said: “It is well known that we supported the proposal of the Ukrainian side to negotiate early in the special military operation and by the end of March, the two delegations agreed on the principle to settle this conflict.

“It is [also] well known and was published openly that our American, British, and some European colleagues told Ukraine that it is too early to deal, and the arrangement which was almost agreed was never revisited by the Kyiv regime.

“When we speak about what is happening in Ukraine – it is a war, not a hybrid one, almost a real war, that the West has been plotting for a long time against Russia.

“The goal is to destroy everything Russian, from language to culture, that has been in Ukraine for centuries and to prohibit people from speaking their mother tongue.”

Since Russia‘s full-scale invasion of Ukraine in February, Vladimir Putin‘s men have suffered a number of setbacks.

They have been forced to retreat from areas near Kharkiv and Kherson, and failed to take the capital Kyiv at the start of the conflict.

Fighting in the east for the strategically important towns of Soledar and Bakhmut continues.

Reports in recent days warned that Russia is now planning another offensive in the eastern Donetsk and Luhansk regions.

Ukrainian intelligence says that a “big Russian offensive” could be on the horizon as Russian troops are regrouping.

Last week, Russia also announced a new offensive in the Zaporizhzhia region, in the south of Ukraine, and home to the nuclear power plant that has been caught in the crossfire of fighting.

Russian forces claimed to have taken “more advantageous lines and positions” during the assault.