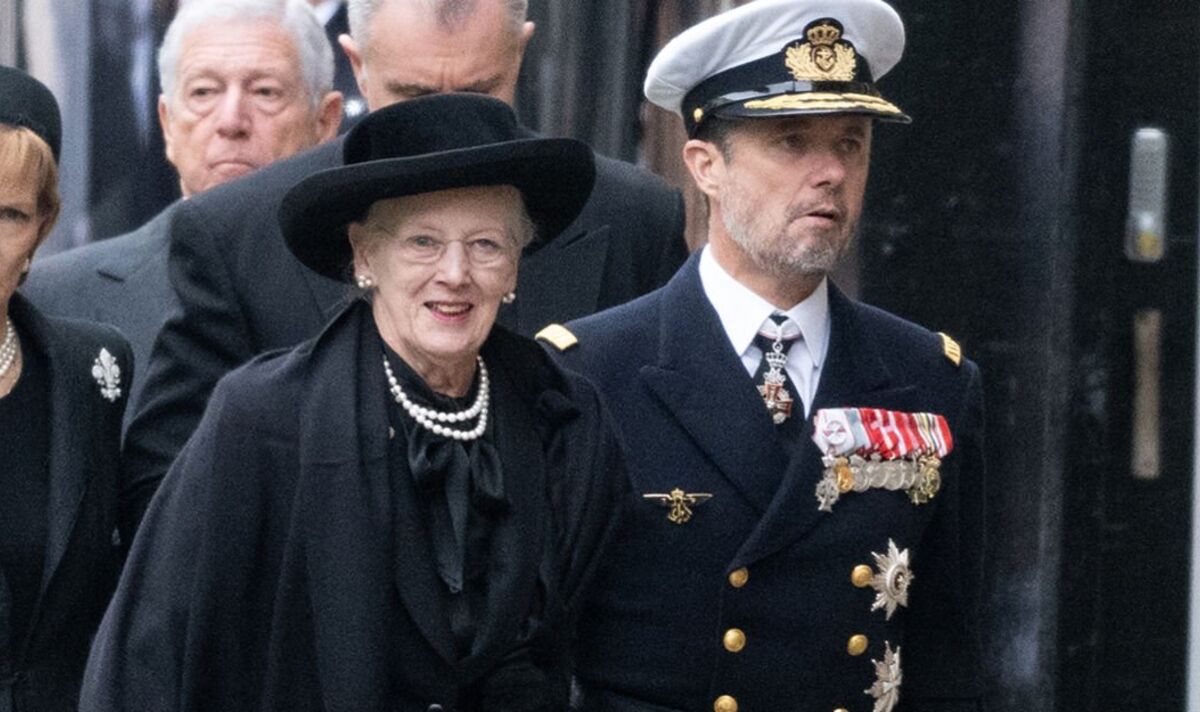 Queen Margrethe, 82, tested positive for coronavirus following her recent return to Denmark, the royal court said on Wednesday. This marks the second time this year the Danish head of state gets infected with COVID-19.

Margrethe had travelled to the UK over the weekend to pay her respects to Queen Elizabeth II.

On Sunday, she was among the foreign royals to head to Westminster Hall to visit the late British sovereign’s coffin.

The Danish monarch, who was a distant cousin and close friend of Elizabeth II, appeared to be visibly moved by the sight of the royal casket and could be seen holding back tears.

On Monday, Margrethe and her firstborn Crown Prince Frederik attended the state funeral held at Westminster Abbey in London, as well as the committal service at St George’s Chapel in Windsor.

The monarch, who marked the 50th anniversary of her accession to the throne this year, has been vaccinated against coronavirus.

She first contracted COVID-19 in February, when she experienced mild symptoms.

Queen Margrethe, who is currently staying at the Danish Royal Family’s autumn residence, Fredensborg Castle, cancelled her appointments for the rest of the week.

A Danish palace spokesperson declined to give further comment on Wednesday.

On Friday, Her Majesty was due to host members of the Danish Government during a reception at Christianborg Castle.

Her son and heir Frederik and his wife Crown Princess Mary will step in for her.

The Danish and British monarchies have shared very close links over the past decades, which became even more apparent following the death of Elizabeth II on September 8.

As a sign of respect, Margrethe heavily scaled back her Golden Jubilee celebrations and ordered to lower the flags at the palaces at Amalienborg – the Danish royals’ official residences – at half-mast.

In the aftermath of the Queen’s passing, Margrethe also penned a personal letter addressed to King Charles III, in which she expressed how “his mother was very important” to the Danish Royal Family.

Margrethe wrote: “Deeply moved by the sad news of your beloved mother’s death, I send you and Camilla my warmest thoughts and prayers.

“Your mother was very important to me and my family.

“She was a towering figure among the European monarchs and a great inspiration to us all. We shall miss her terribly.

Earlier this year, the Danish monarch had opened up on the affectionate nicknames she and Elizabeth used to call each other – Lilibet and Daisy.

She added: “We are definitely affectionate, but I don’t want to splash it all over the place.”

In February, Margrethe hosted the Queen’s granddaughter-in-law, the Prince of Wales, as she was visiting Copenhagen to learn more about the Danish world-leading approach to the early years.

The pair posed for a photocall at Amalienborg before Kate and Mary had a private lunch and carried out a joint engagement.

King Carl XVI Gustaf of Sweden, who sat beside Margrethe during the committal service, and his wife Queen Sonia were also in the UK for the historic event, as well as – among others – Spain’s King Felipe and Queen Letizia.

Among the hundreds of guests at the service were also world leaders, including US President Joe Biden and French President Emmanuel Macron.