Skip to content
HomeNewsQuebec election: Party leaders back on the hustings after final debate of campaign 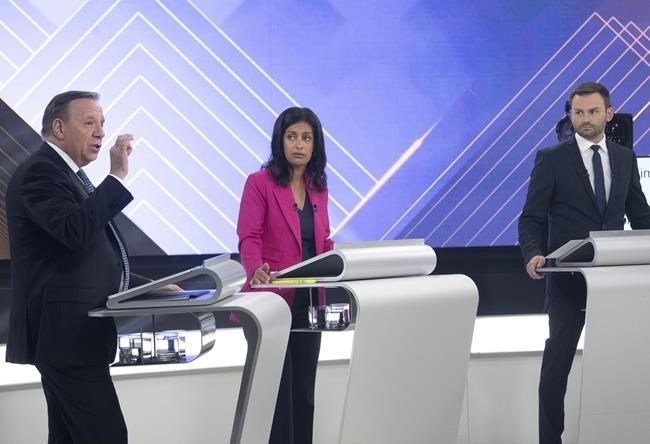 MONTREAL — Coalition Avenir Québec Leader François Legault is campaigning in the Montreal area this morning, a day after he faced targeted attacks from his four opponents during the final election debate.

Legault had to defend his proposals on climate change, the cost of living, and on the decline of the French language in the exchange broadcast on Radio-Canada.

The CAQ leader, however, focused many of his attacks on the left-wing Québec solidaire party, which is making small gains in the polls and is trying to replace the Liberals as the official Opposition.

Meanwhile, Québec solidaire spokesman Gabriel Nadeau-Dubois is to hold a news conference this morning in Montreal and participate in other events in the city.

Liberal party Leader Dominique Anglade is also starting her day in Montreal before heading to the Outaouais region in western Quebec, where she is to visit the municipalities of Cantley and Wakefield, and then Gatineau.

Conservative Party of Quebec Leader Éric Duhaime is holding a campaign rally this evening in Lévis, Que., on the south shore of Quebec City — the region where his party enjoys some of its strongest support.