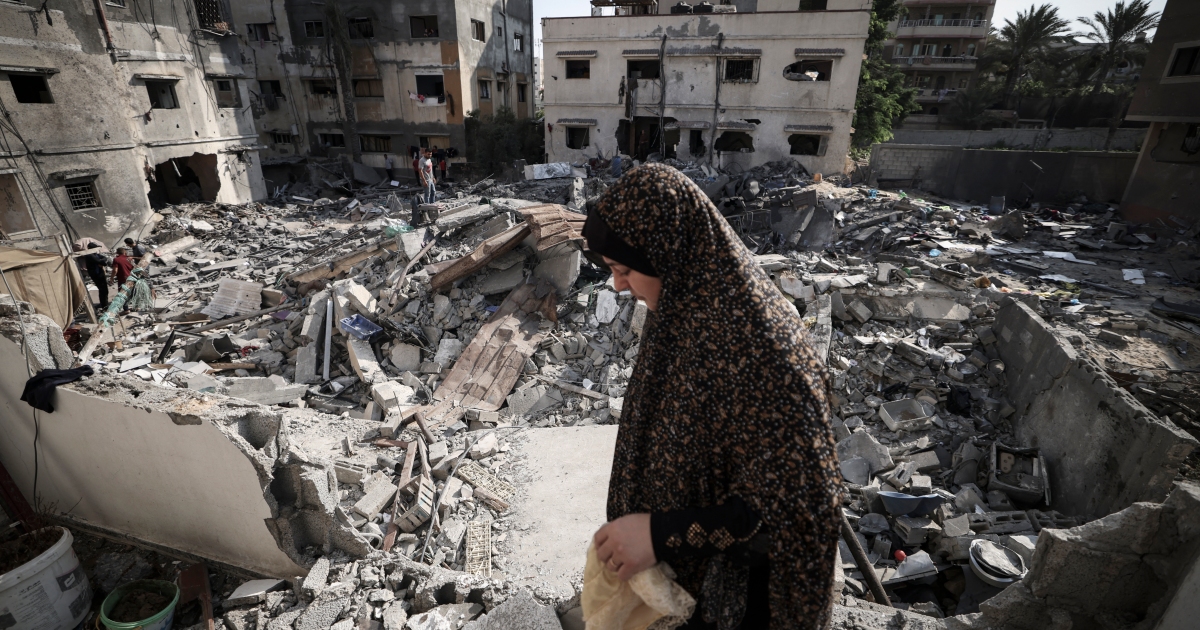 Doha has taken part in efforts alongside international actors to quickly halt hostilities in Gaza and avoid more casualties.

Qatar’s Ministry of Foreign Affairs has hailed the truce that ended days of fighting between Israel and the Palestinian Islamic Jihad armed group in the Gaza Strip, saying it was a result of concerted “active diplomacy”.

The truce, brokered on Sunday by Egypt with help from the United Nations and Qatar, has so far been held after three days of Israeli bombardment killed at least 44 Palestinians, including 15 children.

Majed al-Ansari, spokesman of the Qatari foreign ministry, told Al Jazeera that Doha engaged in phone calls with all relevant parties from Friday to stop the “waste of blood”.

“This agreement should not be broken in any way to ensure an appropriate amount of time where parties can work at the diplomatic level to avoid an escalation,” al-Ansari said.

“I believe that what we are see[ing] now … is the result of active diplomacy – not just on the part of Qatar, but at the regional and international level – aimed at stopping this aggression as soon as possible.”

The spokesman also thanked Egypt for playing a prominent role in the negotiations.

Qatar has been among the first countries to condemn Israel’s aggression in Gaza on Friday and the storming of Al-Aqsa Mosque, which it described in a statement as a provocation not only to Palestinians but also to Arabs and Muslims in general.

Israel had warned that its “preemptive” operation against what it said were attacks planned by Islamic Jihad could last a week, sparking fears of a growing number of casualties in the congested strip of land, home to 2.1 million people.

At least 350 Palestinian civilians have been wounded since Friday, according to Gaza’s Ministry of Health.

Islamic Jihad responded to the heavy bombardment across Gaza by firing rockets into Israel. According to Israeli media, most of the rockets were intercepted by the Iron Dome missile defence system, and no serious injuries were reported.

Israel and Islamic Jihad have warned each other that they will respond with force to any further violence.

The besieged strip has been crippled by fuel shortages since Israel suspended deliveries before the assault on Friday. Gaza medics warned they were unable to respond effectively to emergencies because of ​​“acute shortages”.

The announcement of the truce came hours before a peace agreement was signed in Doha by Chad’s transitional authorities and rebel groups.

The “Doha deal of peace”, signed on Monday, is expected to lead to a broad national reconciliation dialogue later this month in the Central African country, bringing together a wide range of groups and parties, as well as the government and the rebels.

Since March, Qatar has been mediating between opposition groups and the military government of Mahamat Idriss Deby Itno, a general who seized power after his father died in a battle with rebels last year.

Al-Ansari told Al Jazeera that Qatar’s diplomatic efforts on all fronts are oriented towards “defusing tensions” before they reach a tipping point.

The foreign ministry said the dialogue, to be held in Chad’s capital, N’Djamena, would seek “inclusive national reconciliation”.