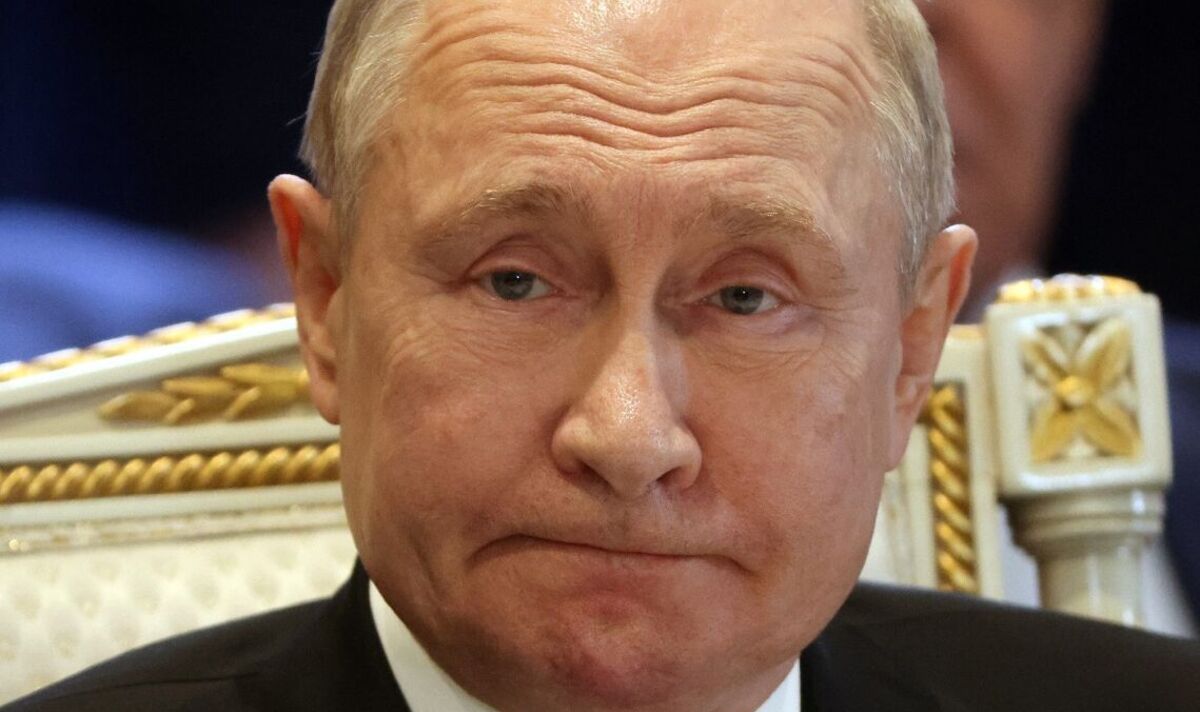 The Moscow-led group of ex-Soviet states met in Armenia’s capital Yerevan on Wednesday. Vladimir Putin was expecting to project Russia’s power at the meeting but it looked as if Moscow’s recent lack of interest in his partners is starting to form some cracks in the alliance.

At the end of the summit, Armenia’s Prime Minister Nikol Pashinyan clashed with the Russian leader over Putin’s reluctance to come to his aid in a conflict against Azerbaijan.

Tensions rose in September between Armenia and Azerbaijan and two sides say more than 200 soldiers died in the conflict.

Mr Pashinyan told his counterparts at the summit: “It is depressing that Armenia’s membership in the CSTO did not deter Azerbaijan from aggressive actions.

“Right up to today we have not managed to reach a decision on a CSTO response to Azerbaijan’s aggression against Armenia. These facts do grave harm to the image of the CSTO both inside our country and outside its borders, and I consider this the main failure of Armenia’s chairmanship of the CSTO.”

He told Express.co.uk: “The CSTO gathering may look like a snub to Putin from his less influential friends from post-Soviet states, but it is a natural response to his systematic neglect of Russia’s friends.

“When considering the importance of integrity and cohesion of the CSTO in accepting the Russian position, we need to remember who its members are. Belarus – which is economically and militarily occupied by Russia, Armenia – which just lost a war against Azerbaijan and is heavily dependent on Russia, Tajikistan – a dictatorship backed by natural resources exports and recovering from a recent clash with Kirgizstan, and Kirgizstan which had only recently clashed with Tajikistan and is a volatile democracy.

“Despite their limited influence, three of these countries remain functioning independent states and the dissenting voices among these smaller countries of the CSTO are growing. If the neglect of their interests continues, the Kremlin will lose its position as a leader of former vassals. It was only at the last summit that Tajikistan reminded Putin that although small, they remain independent and with their own interests.

“Armenia’s decision not to sign the aid package is the direct response to Putin’s neglect of the country’s conflict with Azerbaijan and any friction in the alliance rests solely on his shoulders. Tajikistan’s Rahmon, too, continues to press the issue his country’s borders with Afghanistan – an issue Russia is slow to resolve.”

He warned a wrong move by Putin against Kazakhstan, which he sees as the only real power after Russia in the group, could end the alliance altogether.

He continued: “The only real supporter of Putin remains Lukashenko, who waxed lyrical of the NATO threat and anti-Russian and anti-Belarusian sentiment – trying to endear himself to Putin as much as he could. De facto, Belarus is no longer an independent state. In turn, the Belarusian usurper Lukashenko, fearful for his life should Putin stop seeing value in it, has to be the lapping dog in public. But even he did not recognise the LNR and DNR, harbouring a misplaced hope of redemption in the court of public opinion after Putin’s demise.

“Other than Russia, the only major power in the CSTO is Kazakhstan.

“Kazakhstan will continue its balancing act between Russia and the rest of the world, but the world is slowly outweighing the Kremlin. Putin’s decision to send troops to Kazakhstan on Tokaev’s request during the January 2022 protests was the only real response of the CSTO to a call to arms. Kazakhstan is unlikely to forget it. But the toxicity of the war in Ukraine, together with the decision not to recognise the so-called breakaway regions of LNR and DNR, showed Tokaev’s freedom to carve his own path. If Putin decide to rely on the CSTO for the war, Kazakhstan will be unlikely to comply, if not even leave the alliance, effectively ending it.”

At a conference in Yerevan, Putin told his partners: “We see problems with the work of the CSTO, but still it is obvious that it helps to protect the national interests, sovereignty and independence of our countries.”

However, speaking to Politico Natasha Kuhrt, senior lecturer in international peace and security at King’s College London said: “The CSTO is Russia’s way of preserving its sphere of influence in the former Soviet Union.

“But in reality, it’s a paper tiger — it’s just not fit for purpose. It’s shown in the past it’s not prepared to intervene when its members call for support, and Putin’s fellow leaders are deeply concerned by the poor performance of his armed forces in Ukraine when they had previously relied on Moscow as the guarantor of their security.”