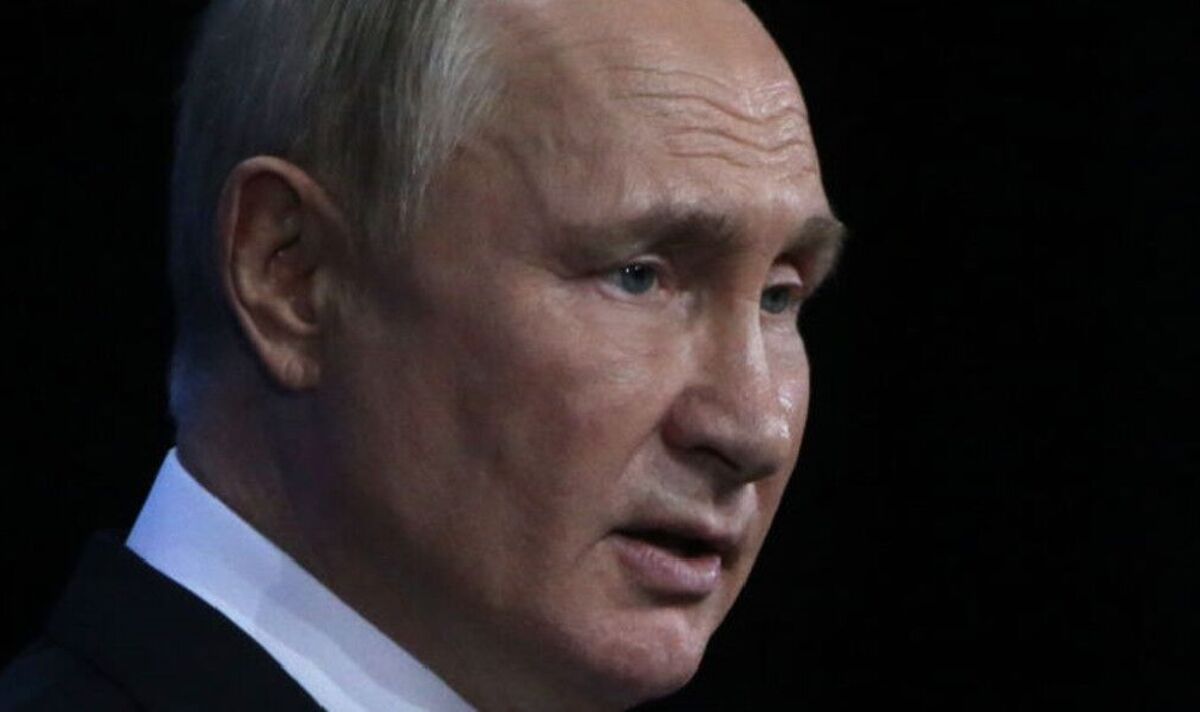 Vladimir Putin’s eagerly anticipated speech has been pushed back until tomorrow – prompted speculation about the reasons with Russia seven months into its war on Ukraine. Sarah Rainsford, the BBC’s Eastern Europe correspondent, tweeted: “After all that, it seems Putin won’t be speaking today. ‘Tomorrow,’ says Solovyov (& others).”

Elena Chernenko, special correspondent with Moscow’s Kommersant daily newspaper, tweeted: “Vladimir Putins speech on Ukraine did not happen at 20-00 as it was announced, and it not clear when it will be aired.

“Journalists from the Kremlin pool were writing just half an hour ago that they are ‘waiting’, but it does not seem like something is to happen today.”

The abruptness of the cancellation will inevitably trigger speculation about Putin’s position, given Russian forces have suffered a series of setbacks in Ukraine in recent weeks.

The poor performance of Russia’s military since the start of the conflict is also a source of concern within Russia.

Widespread speculation suggests Russia is on the verge of annoucing a full mobilisation, and the introduction of conscription.

Such a move would force Putin to admit his so-called special operation is a full-blown war.

The State Duma of the Russian Federation today introduced the concepts of “mobilisation,” “martial law,” and “wartime” into its Russian Criminal Code, imposing a penalty of up to 10 years in prison for anyone surrendering voluntarily.

Articles relating to looting and voluntary surrender were added to the Criminal Code.

People convicted of surrender face between three to ten years in prison if there are no signs of treason. Anyone found to be looting can be jailed for 15 years.

Russian stocks plunged to their lowest in a month today amid fears Putin was ready to introduce marial law, with Moscow also announcing plans to hold referendums on Russian-controlled regions in east Ukraine.

Stocks hit their lowest since mid-August, with the dollar-denominated RTS index down 9.2 percent to 1,155.1 points as of 1542 GMT

Tinkoff Investments analyst Kirill Komarov said: “Indices are clearly collapsing amid fears around the risks of mobilisation and martial law,” adding that Tuesday’s collapse would likely be the MOEX index’s sharpest drop since June 30.

He said: “They are fuelled by news of imminent referendums… as well as the president’s order to boost defence output.”

Any decision to introduce conscription would be a risky one for Putin.

Speaking to Express.co.uk last month, Dr Patrick Bury, a senior lecturer in security at the University of Bath, said: “Putin is obviously, from an information perspective, very wary of what would happen if he did that in terms of the political public backlash against him. He is very concerned about that.”

The UK Ministry of Defence has described brigades of Russian troops in Ukraine as “under manned,” with plummeting morale levels.