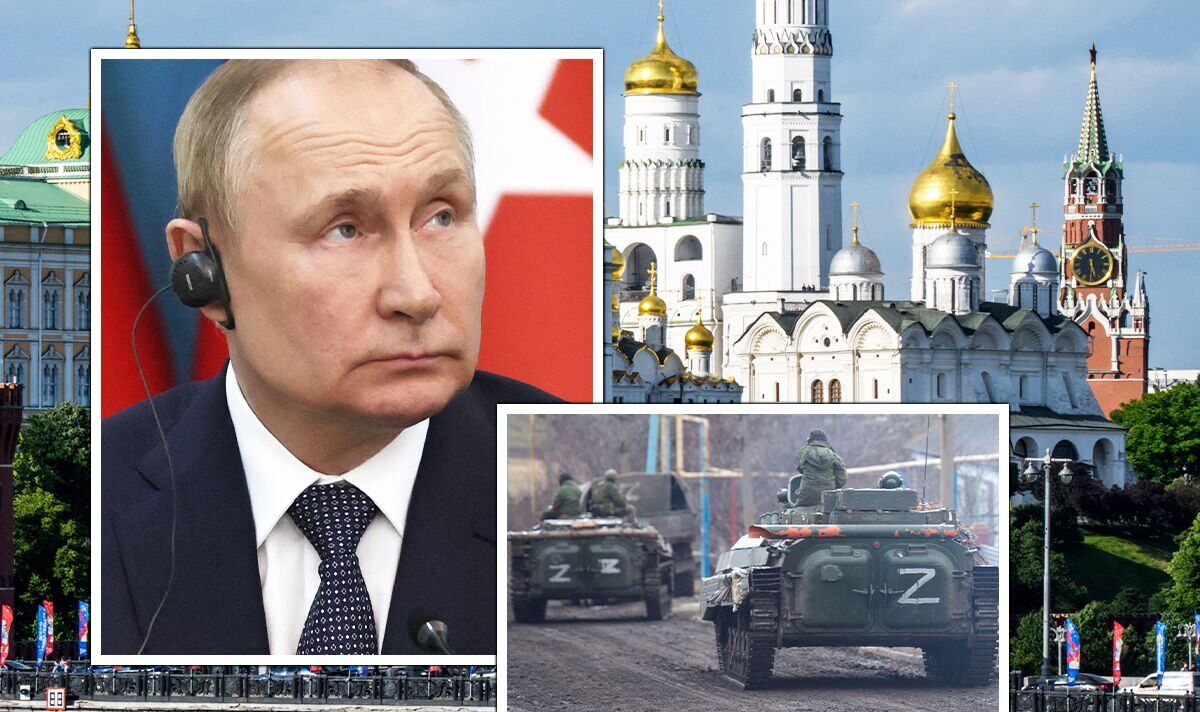 Vladimir Putin has been warned the military staff of the Russian Armed Forces have been “professionally humiliated” by the Kremlin, with a “significant power struggle” rumbling from within over the war in Ukraine. Russia‘s invasion of Ukraine has entered its ninth month but since then, Putin’s war plan has threatened to completely disintegrate, with tens of thousands of military personnel killed and claims Moscow is quickly running out of weapons.

During recent weeks, Russia has suffered crushing blows after being pushed backwards out of key Ukrainian regions by fierce counter-offensive operations from Ukrainian troops.

Ben Hodges, the former Commanding General US of the US Army Europe, has warned tensions have exploded between the Russian General Staff and the Kremlin.

He told Express.co.uk: “Russia’s General Staff have a lot of well-trained officers, but they have been professionally humiliated after seeing what has been going on and the fact that seemingly, the Kremlin took it out of their hands.

“This has been run from the very top and not through the normal General Staff processes.

“A lot of their deep-rooted problems were already there, regardless of who was in charge and who was planning it – the corruption, lack of operational experience etc, but they are unhappy with that.”

He added: “They see Sergei Shoigu, who is not really a general officer but still parades around in uniform. Some others, who should have retired a couple of years ago through old age, are still there.

“Then you have the promotion of the Chechen, Ramzan Kadyrov, who is the Colonel General. That is outside the norm, and I would imagine a number of professional Russian officers would be unhappy about that.”

Former Commanding General Hodges warned that as a result of the deep-rooted unhappiness from the General Staff, there is a “significant power struggle going on inside the Kremlin”.

“You can’t conceal this from the general population forever – the number of casualties, the fact that this is going to continue, the impact of sanctions.

“I’m under no illusion there is going to be a massive uprising in Russia, but I don’t think Putin can count on unbridled support any longer.”

Colonel Richard Kemp, a retired British Army commanding officer who served from 1977 to 2006, warned Putin could be facing another huge problem, as there are “rumblings” of discontent among the “political elites” in Moscow.

He warned this group might be planning to “get rid of Putin” and that there is “certainly a likelihood” of this happening.

Colonel Kemp told Express.co.uk: “I’m not suggesting so much Russia’s Armed Forces could ultimately bring Putin down, but there are definitely rumblings among the political elites in Moscow and dissent among some of his close military allies.

“They and politicians in Russia are making very unusual public dissent

“It is very possible some of the political elites in Moscow might be planning to get rid of Putin and that is a very distinct possibility. You can’t say it will happen and I know it’s not easy, but I think it is certainly a likelihood.”