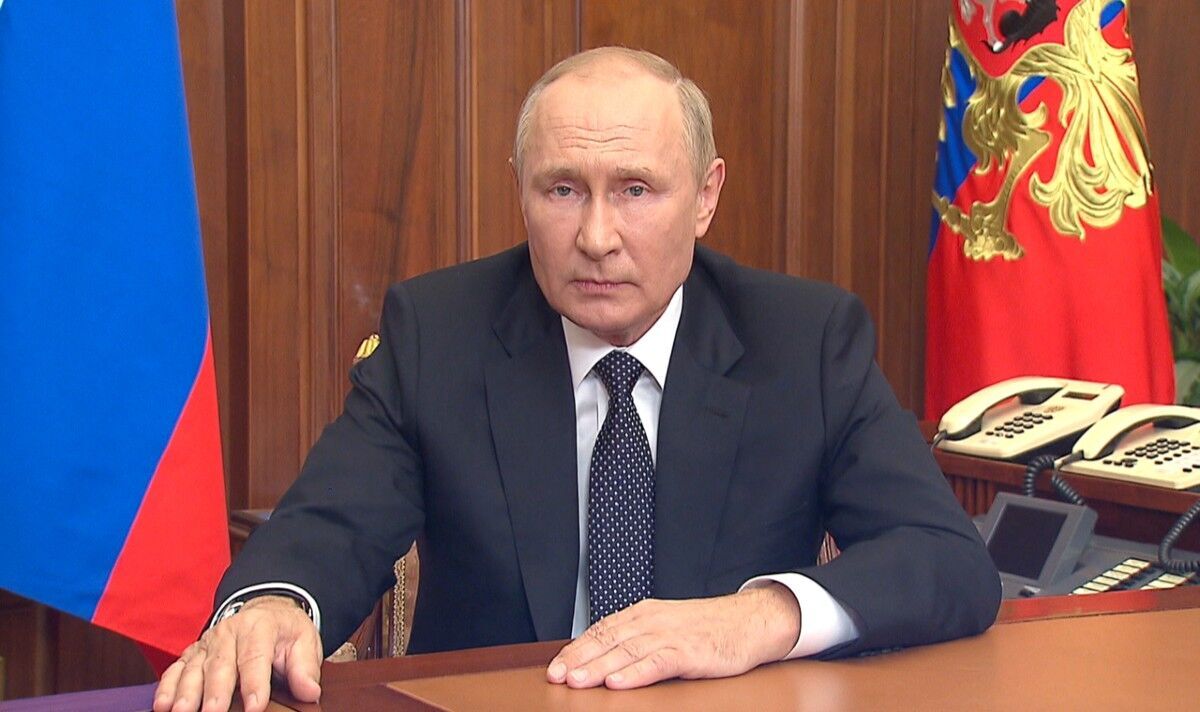 Saboteurs have set fire to enlistment offices in Russia after the country’s President Vladimir Putin announced a partial mobilisation. Partisans inside Russia targeted military offices after the announcement, according to the Rospartizan Telegram channel. Military offices burned overnight in St. Petersburg, Nizhny Novgorod and in the city of Tolyatti.

A call to set ablaze military registration and enlistment offices was made via the Telegram channel after Putin told Russians of the mobilisation decree.

The message read: “From now on, military registration and enlistment offices, mobile campaign centres and other buildings of the Ministry of War are the number one goal for the partisan movement.

“Prepare Molotov cocktails, stock up on combustible and dry alcohol and prepare.

“Aim at the premises with archives, destroy documents: Let them look for fathers, husbands, and brothers to personally hand them their death receipts. From now on, hitting a military commissar earns respect in the movement.”

Russian men have rushed for the borders after Putin’s order with traffic at frontier crossings with Finland and Georgia surging. Prices for air tickets from Moscow have also rocketed.

Estonia, Latvia, Lithuania and Poland have been turning away Russians from crossings since midnight on Monday, saying they should not travel while their country is at war with Ukraine.

Plane tickets out of Moscow soared above £4,440 ($5,000) one-way to the nearest foreign locations with most tickets completely sold out over the coming days.

Social media groups have also appeared offering advice on how to get out of Russia. One news site in Russian gave a list of “where to run away right now from Russia”.

Mr Peskov dismissed reports of an exodus of draft-age men as exaggerated.

Meanwhile, former Conservative Defence Minister Dr Andrew Murrison has suggested Kyiv and its allies should seek to offer Putin something which will “enable him to save face”.

Dr Murrison told the Commons: “Unless we’re going to defeat Russia in classical terms – which is unlikely and desirable – there has to be an off-ramp to allow Putin to construct a narrative that will go down well amongst his population and through the media, which he controls.”

He continued: “It’s just not acceptable to say we cannot offer Putin something out of this that will enable him to save face and therefore get whatever it is through with his population.”

Defence Minister James Heappey replied: “I’m not sure I agree with (Dr Murrison) entirely. If Putin was looking for an off ramp, he’s had plenty of opportunities to deescalate and claim victory at some points along the route.

“In the 48 hours immediately following the mobilisation of Russian society, which is a clear escalation, I’m certainly not – representing His Majesty’s Government – going to stand here and say he deserves any further opportunities for an off ramp when he has made his decision on what should come next.”