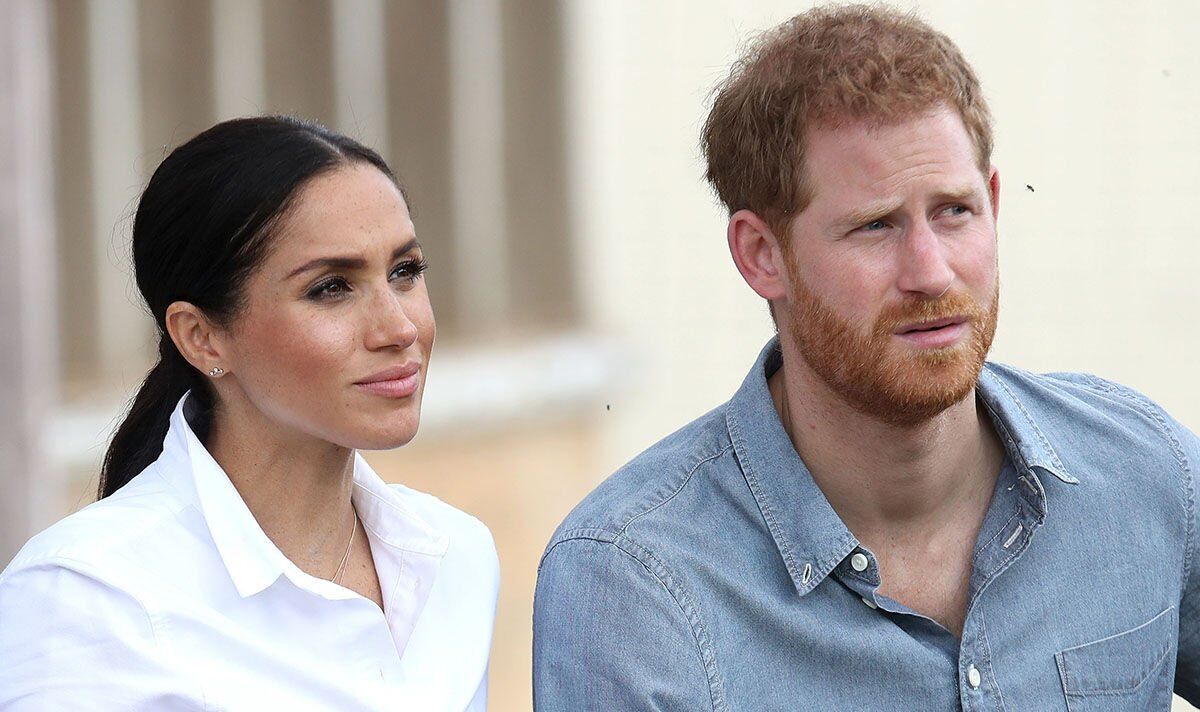 Prince Harry has “backtracked” on his offer to give up his royal titles despite calls for him and Meghan Markle to to renounce their titles after making damaging accusations against the Royal Family. The Duke of Sussex claimed in his Netflix docuseries he previously told King Charles he and Meghan would be “willing to relinquish” their titles. Since then he rebuffed a question by 60 Minutes’ Anderson Cooper on whether he would give up the title.

Speaking to Us Weekly’s Royally Us, royal expert Jonathan Sacerdoti said: “If Harry has any self-respect he should renounce his title himself.

“The monarchy here isn’t just a soap opera. It’s not just a celebrity story, it’s a fundamental part of the British constitution.”

He added: “Harry revealed that he suggested to the king, his father, that he would give up his and Meghan’s titles anyway if they weren’t able to live in Canada and still perform some royal duties but that obviously didn’t work out for them.

“Since then he has backtracked on that offer, the couple still use their titles, especially in commercial activities through which they make millions of dollars.

READ MORE: Harry and Meghan will be ‘on the outs for decades’ by royals

“When he was asked recently if he would voluntarily give up the titles, he just snapped back and said what difference would that make.”

It comes as Harry’s controversial memoir has become the fastest-selling non-fiction book ever as his tell-all tale lambasting the royal family was finally published.

Harry’s headline-grabbing autobiography Spare, which hit the shelves on Tuesday, was boosted into the record books with 400,000 hardback, e-book and audio format copies being snapped up, its publisher said.

The book includes claims that the Prince of Wales physically attacked him and teased him about his panic attacks, and that the King put his own interests above Harry’s and was jealous of the Duchess of Sussex and the Princess of Wales.

His remarks about his son and daughter came despite the criticism he has levelled at his brother William, father Charles and stepmother Camilla.

In his first print interview about his autobiography, he told US magazine People that Archie, three, and 19-month-old Lili did have a connection with some of the Windsors, whom he did not name, saying this brought him “great joy”.

He also described his late mother, Diana, Princess of Wales, as his “guardian angel” and said she is with him “all the time”.

Bookshops in the UK opened early on Tuesday to offer Harry’s book – but queues were sparse after leaks ahead of the publication, with industry experts predicting Spare would be one of the best-selling pre-order titles of the past decade.

It is being sold for £14, not the recommended retail price of £28, in places such as Waterstones and WH Smith as well as online at Amazon.