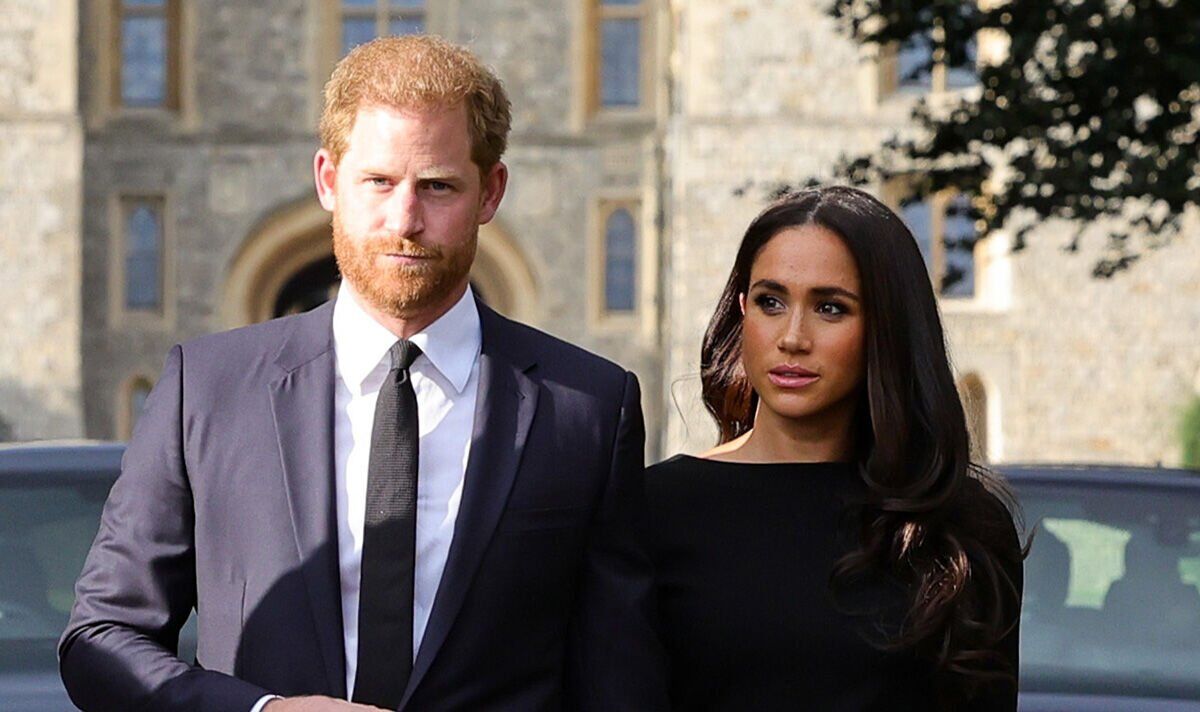 The Duke and Duchess of Sussex will soon be reunited with their two children, three-year-old Archie and one-year-old Lilibet, in the US. The couple landed in the UK earlier this month, a few days before the death of Queen Elizabeth II. In a Youtube video uploaded by US Weekly, journalist Christina Garibaldi discussed how an insider told the publication that the couple have been “missing” Archie and Lilibet and are looking forward to reuniting with them soon.

Ms Garibaldi said: “A source tells us that the couple are eager to get home to California to see their two children.

“The source tells us Meghan and Harry are preparing to return to Montecito almost immediately after the [Queen’s] funeral.”

She added the couple will be “reunited” with Archie and Lilibet after “being separated for over two weeks”.

Ms Garibaldi added: “The insider noted that it’s the longest time they’ve been apart from their children.”

READ MORE: Meghan disliked ‘because she’s a bully’ and not because of UK racism, says Ben Goldsmith

She added: “The Duke and Duchess of Sussex embarked on their trip to Europe on September 4, initially planning to speak at a series of philanthropic events.”

The royal expert added that the couple had originally planned to “spend less than a week” in Europe.

She noted that plans changed following the death of Harry’s grandmother, Queen Elizabeth II, on September 8.

Ms Garibaldi continued: “An insider tells us, they’ve missed the kids like crazy and have been FaceTiming them every day.

“[They] can’t wait to see and hold them again after a poignant few weeks”.

One year after their wedding, Prince Harry and Meghan welcomed their son, Archie Harrison, in May 2019.

The couple’s daughter, Lilibet Diana, was born in June 2021, one year after their royal exit.

Unlike her elder brother, Lilibet was born in the US.

Lilibet, affectionately nicknamed Lili, celebrated her first birthday in the UK, as the day coincided with Platinum Jubilee celebrations.

The first picture of Lili was released a few days after her first birthday in June.

Archie and Lilibet appear in sixth and seventh place in the line of succession.