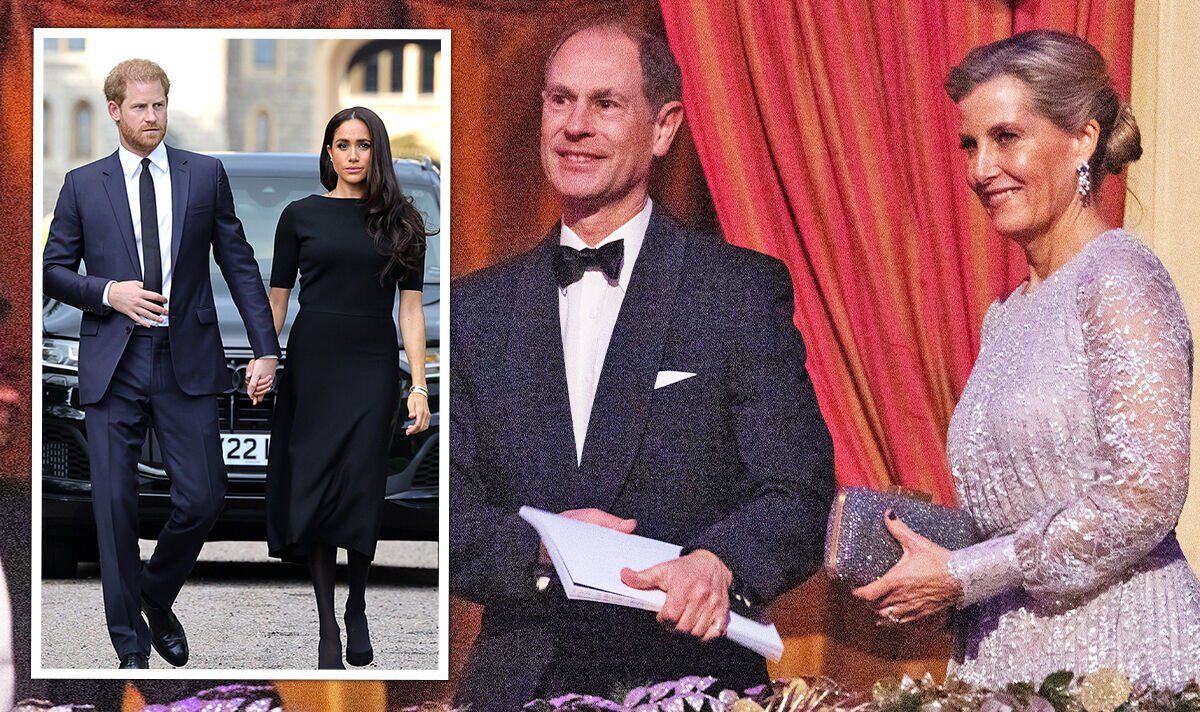 Despite currently being 13th-in-line to the throne, a royal expert has claimed that Prince Edward, and his wife Sophie, are replacing the Duke and Duchess of Sussex in the King’s slimmed-down monarchy, and will take the role on with “great ease”.

Speaking on behalf of Spin Genie, royal correspondent Charles Rae said: “One thing that is a pity is that if the fallout had not happened, then Harry and Meghan would have been cornerstones in the new slimmed-down monarchy.”

However, he added that “their positions have been filled with great ease by Prince Edward and Sophie Wessex”.

Despite the Earl and Countess of Wessex’s presence, Mr Rae claimed that one “wish” that the Royal Family would have had is for Harry and Meghan to “play a key role” within the monarchy.

Speaking of King Charles III, he added: “Charles in effect has a much shorter time than his mother to adapt and develop to his new role.

READ MORE: Prince Andrew claims his ‘reputation will be restored’ next month as new details to come

“However, I believe he will try to bring the monarchy up to date, especially in not having so many hangers-on.”

He added: “I also believe he will continue with his duty to show the UK in the best possible light around the world.”

On the day of his marriage to Sophie in 1999, Prince Edward was given the title of Earl of Wessex with the subsidiary title of Viscount Severn, which is now held by his teenage son, James.

The Earl and Countess of Wessex, who are also parents to their 19-year-old daughter Louise, are known for their thoughtful nature and natural ability to connect with the public.

Following their births, the couple chose against giving their two children, Louise and James, royal titles.

This was due to their wish for them to have as normal of a childhood as possible.

Despite this, the couple’s children do stand at 14th and 15th in line to the throne.

Meghan and Harry stepped down as senior working royals in 2020, followed by a move to the US.

In their departure statement, the couple declared their wish to “work to become financially independent”.