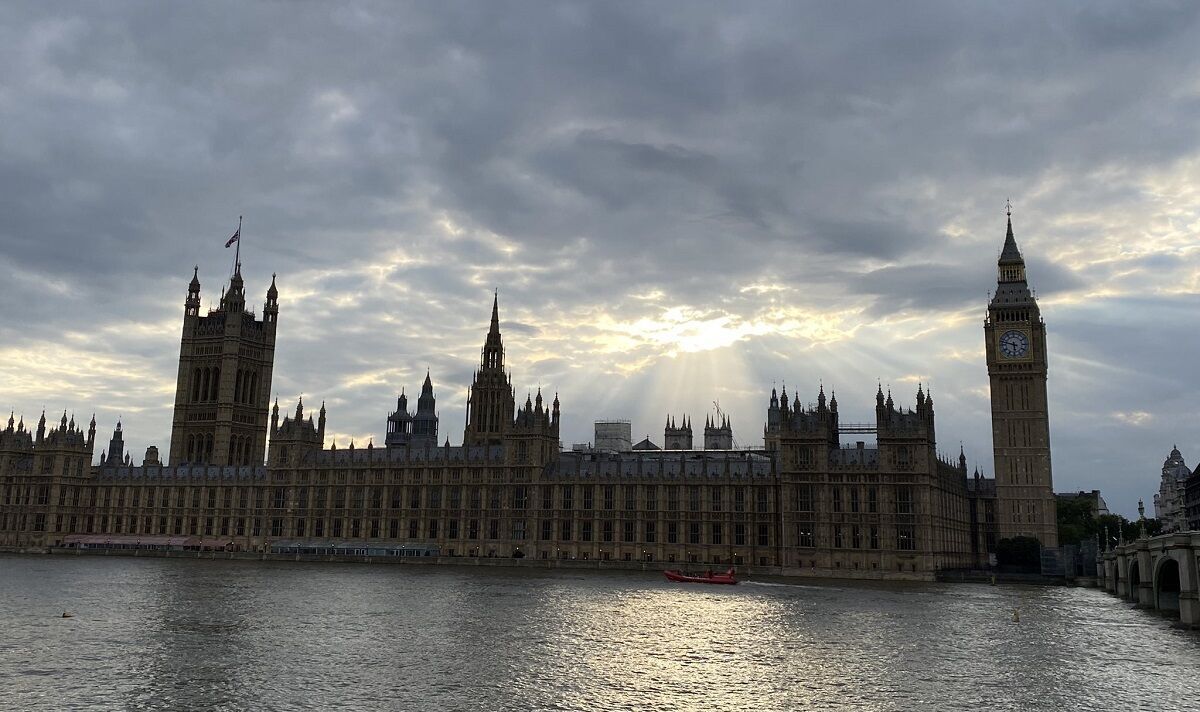 A ray of sun dramatically shined down on Westminster Hall where Queen Elizabeth II lies in state, creating an emotional scenery that left mourners stunned. The cloudy weather combined with the iconic urban scenery of London formed a breathtaking landscape as sunset approached, on the second day that members of the public are paying their respects to the late monarch.

Thousands of people have formed a queue that stretches over 4.5 miles (7.24 km) along the south bank of the River Thames, past Tower Bridge, crossing Lambeth Bridge as it nears Westminster Hall.

In the sight of the ray of light that escaped through the clouds, a member of the public in the queue to see the Queen’s coffin took an astonishing picture and posted it on Twitter.

It was captioned: “In the queue to pay respects to Her Late Majesty Queen Elizabeth II. Felt compelled to come today. Love how the sun rays appear to fall on Westminster Hall #lyinginstate #QueenElizabethII”.

Another picture shows rays of sunlight diffusing from behind the clouds down to the historical abbey where the coffin is placed.

Some 750,000 people are expected to be able to view the coffin before the lying in state ends at 6.30 am on Monday, the day of the funeral. The estimated queuing time is at least eight hours.

The coffin, which sits on a catafalque and is draped with a Royal Standard, continues to be guarded at all hours by units from the Sovereign’s Bodyguard, the Household Division or Yeoman Warders of the Tower of London.

Mourners who queued overnight yesterday have described the “breath-taking” serenity in Westminster Hall where “you could hear a pin drop” in the silence.

People have travelled from all over the country and waited for the chance to visit the Queen lying in state.

READ MORE: Prince Harry’s memoir to be delayed as sign of respect to Queen

Mr Edwards said: “Everyone was offering biscuits, drinks,” adding that the three were now planning to have a pint together after the long wait.

The atmosphere in Westminster Hall was “breath-taking,” Ms Harris said.

“When you’re able to go in and have a moment to look at it and reflect, the serenity of it – to be able to pay your respects in such a serene place, it’s very peaceful.”

“It’s just like the only person that’s there is you,” Mr Cross said. “You walk in and you could hear a pin drop.”