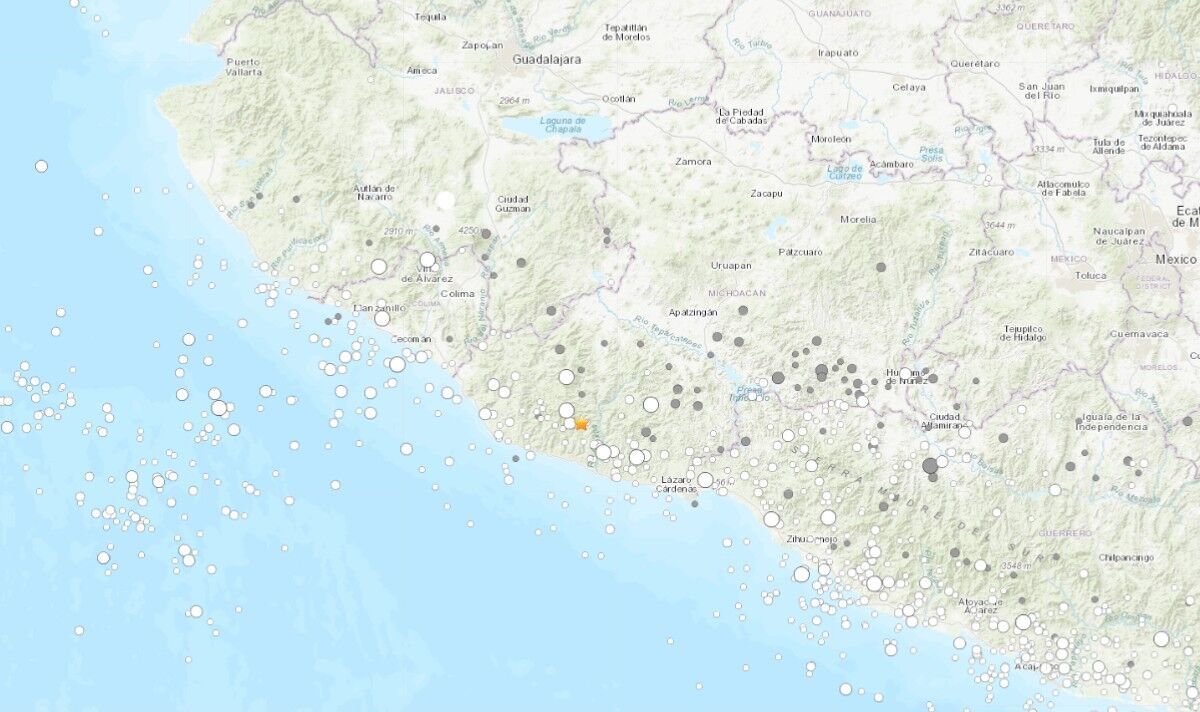 A Reuters witness claimed the buildings in Mexico City, roughly 370km frim Michoacan, shook as the earthquake alarm was sounding. Pictures show locals gathering on the streets as the huge tremor struck.

According to the European-Mediterranean Seismological Centre (EMSC), this is the third felt earthquake in Michoacan, Mexico in the last 61 hours. They also warn that there may be aftershocks over the next few days, and advise locals to stay away from damaged buildings.

The USGS add that the quake was 20.7km below sea level. The US have not issued a tsunami warning followng the powerful geological event.

Twitter users also reported feeling the effects of the earthquake in Guadalajara – a city roughly 260km from Michoacan.

It comes just days after another strong quake killed two people and damaged hundreds of buildings in Western Mexico. On Monday, the anniversary of deadly earthquakes in 1985 and 2017, the magnitude 7.6 earthquake hit.

Two people died in the Pacific port of Manzanillo following Monday’s tremor. Laura Velazquez, the head of Mexico’s civil protection agency, said the two deaths were due to the partial collapse of buildings.

One of the victims was crushed by the front of a department store in Manzanillo and the other was found dead inside a shopping centre in the same port city in the state of Colima. Ten other people were reportedly injured – including one in neighbouring Michoacan.

In between the two earthquakes there have been at least 692 aftershocks recorded. The strongest was a magnitude 5.8 on Tuesday morning.

Seismologists have made clear that the earthquakes happening at the same time of year is not the result of any “physical reason or statistical bias”.

US Geological Survey seismologist Paul Earle told the AP that “this is a coincidence”.

“There’s no physical reason or statistical bias toward earthquakes in any given month in Mexico,” he added.

After today’s quake, Mexico City Mayor Claudia Sheinbaum said on Twitter on Thursday morning that there were no initial reports of damage in the city.

Resident Shikha Panchhi shared a video inside her home showing a ceiling light swinging from side to side.