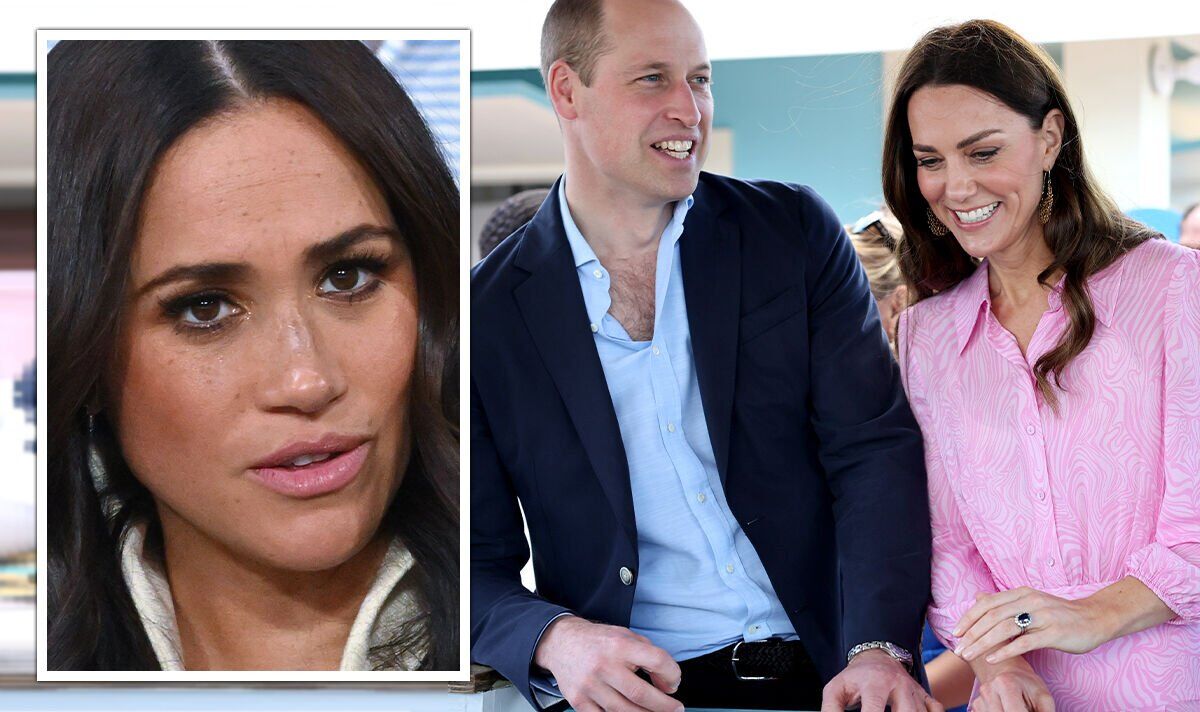 Royal commentator Daniela Elser highlighted how journalist Matthew Syed revealed the Duchess of Cambridge chatted to his young son while he waited outside the toilets on a train en route to the Commonwealth Games in Birmingham this week. Meanwhile, the Duke grinned as he posed for a selfie with fans as he watched the swimming with Kate and Princess Charlotte.

The columnist also said they “go a way to underscoring” biographer Tom Bower’s claim in his new book that the Duchess of Sussex’s “expectations of royal life were a world away from the often unglamorous reality”.

Writing for news.com.au, Ms Elser said: “Now, both of these instances could be filed under ‘Aw, aren’t they lovely?’ examples of two people who might be destined for coronations and crowns but who have not let their elevated status turn their heads.

“But, this all comes after the publication of Tom Bower’s Revenge: Meghan, Harry And The War Between The Windsors, a 464-page full-frontal take-down of Harry and Meghan, Duke and Duchess of Sussex.

Ms Elser added: “At the end of the day, what William and Kate seem to fundamentally understand is that royalty is not the same thing as celebrity; it is not about special treatment, favourable seats or four-figure accessories finding their way into your wardrobe, gratis.

“It is about tedious devotion to duty no matter how repetitive or dull it might often be.”

Mr Bower makes a series of claims in his book which covers the rift between the Sussexes and the Royal Family.

Asked by host Christine Lampard on ITV’s Lorraine, the investigative author said: “Of course she’ll read it, I’m sure she will, she can’t resist.”

On whether he considers it a “failure” if the subjects of his controversial biographies don’t sue him, Mr Bower laughed and said: “I don’t mind if they sue as long as they lose. So far thank goodness they’ve lost.

“I think that Meghan if she sues, she won’t want to appear in court being cross-examined by my barrister. So it’s best if she doesn’t sue.”

It comes as Meghan and Prince Harry are living in California after quitting royal duties in 2020.