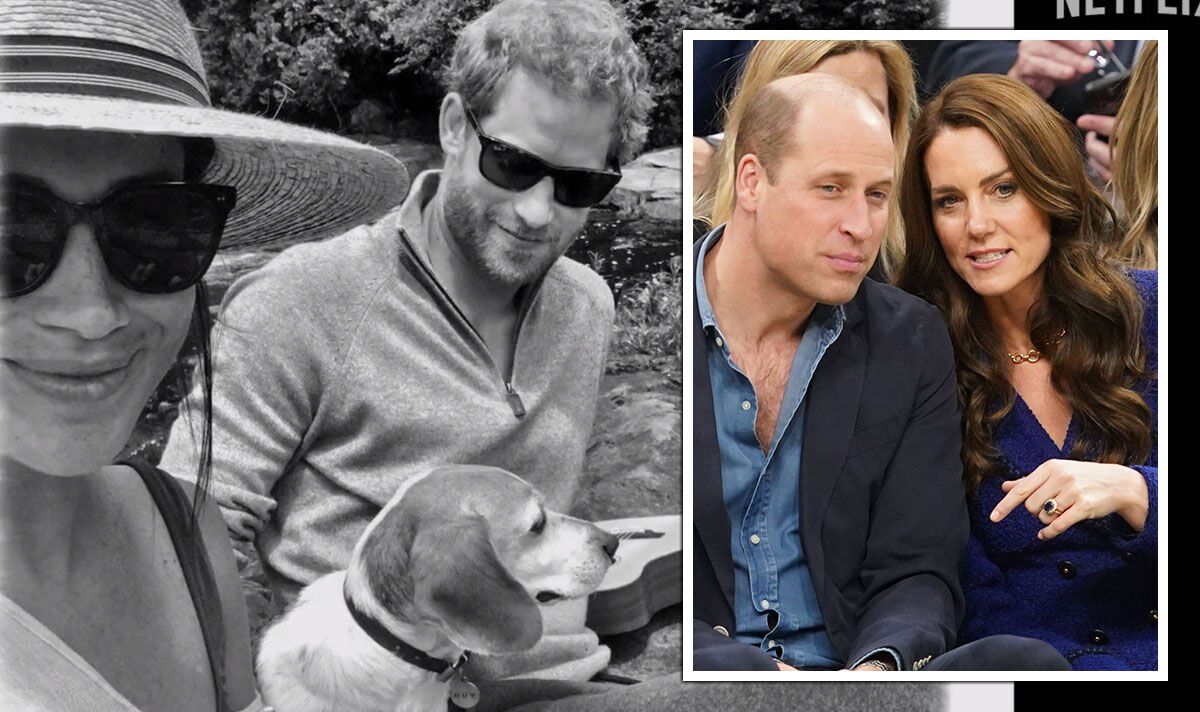 The one-minute trailer, which featured never before seen private photographs of the couple, was released on the second day of the Prince and Princess of Wales’s high-profile trip to the US. In one section of the footage, Meghan Markle appears to be wiping away tears with both hands as they stream down her face, while Prince Harry sits and tilts his head right back, seemingly in distress. Royal expert Jonathan Sacerdoti claimed the royal couple will go to any length to overshadow Kate and William.

He told Us Weekly: “When did the Royal Family become the Kardashian and who is the driving force behind that because I have to say I think it’s time she stops.

“I have to say this trailer is everything we expected and worse.

“I think it shows just a high drama that Netflix and Meghan and Harry plan to make of this.

“To drop it as they have on the second day of the Prince and Princess of Wales’ trip to the US for the Earthshot prize shows just exactly how much they wanted to hijack publicity.

“It just shows I think how much they will go to any end at all for as much publicity as possible.

“They will jump on his own brother’s trip to promote these environmental prizes in order to steal that limelight and get more attention because what is comes down to is they only get attention due to their association with the Royal Family.

“They’re continuing to prove that in the way they’re promoting the Netflix program.”

In the trailer, images of William and Kate with Harry and Meghan at the Commonwealth Day service in 2020, the Sussexes’ final public appearance as senior working royals, feature among the images.

The series was described as coming soon, but it is reported to be airing on December 8.

Netflix said the show “explores the clandestine days of their early courtship and the challenges that led to them feeling forced to step back from their full-time roles in the institution”.

It features commentary from friends and family, most of whom have never spoken publicly before about what they witnessed according to Netflix, and historians who discuss the state of the British Commonwealth today and the royal family’s relationship with the press.

It adds: “The series does more than illuminate one couple’s love story, it paints a picture of our world and how we treat each other.”