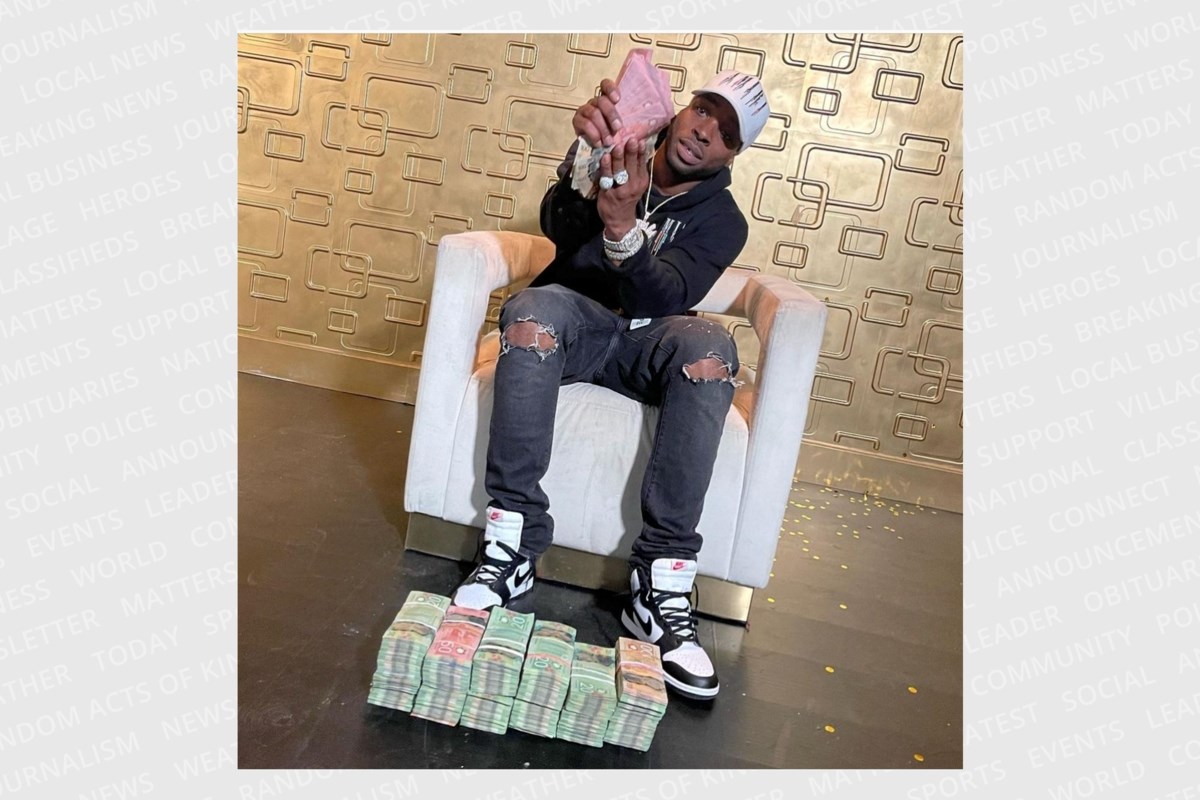 This is a story about gang life and all its trappings — namely drug trafficking and the heightened incidents of violent crime and the exponential increases in mental health and addiction issues that come with it — leaching into other parts of Ontario as the narcotics trade reaches new heights through the overtaking of small towns across the province.

Drugs, guns, gang life and hip hop: These are all things that can be found on the curriculum vitae of Richard Brewster, one of five people charged in Project Otter, a joint operation between three police services that seized roughly $1 million in fentanyl, methamphetamine and cocaine — with nearly half of the massive drug haul being seized in Sault Ste. Marie alone.

News of the Sault’s largest-ever fentanyl bust had social media abuzz this week — even in some Toronto hip hop circles, where people were chattering about Brewster’s arrest in the northern Ontario border town.

Brewster — a 41-year-old man with a lengthy history of drug dealing, carjacking and gang life as an alleged member of the Toronto Driftwood Crips — also moonlights as rapper “Richie Stacks,” whose songs can be found on YouTube and Spotify.

Last week’s $1-million drug bust in the lock city wasn’t Richie Stacks’ first time in town, either: court documents obtained by SooToday show that Brewster was arrested and charged by Sault Ste. Marie Police Service on Nov. 4, 2022 for allegedly having a stolen car in his possession and being without a driver’s licence or car insurance.

All told, police seized $470,000 worth of narcotics during MacDonald Avenue search warrants, including 700 grams of fentanyl — a record one-time seizure for the Sault Ste. Marie Police Service.

People on Reddit forum Torontology were taken aback by news of the apprehension of Richie Stacks, whose most listened-to song on Spotify, entitled “Trap N Murda” — a song with lyrics about trapping, street slang for hustling drugs — sits at just over 74,000 listens:

Been doin’ this since kids

This ain’t the life that I chose

But this the life that I live

“They about to throw the book at this guy,” said one commenter regarding Brewster’s arrest, using SirTrapsAlot as a Reddit handle.

“He’s finished, bruh got caught with the whole load,” said another Redditor with the username Mac10Wounds.

In addition to Toronto’s hip hop scene, Brewster is well-known to police in the Greater Toronto Area, according to a long list of press clippings.

A 2005 Toronto Star article tells the story of Brewster being released from custody that same year after spending two years in jail awaiting trial for the alleged murder of Gary Wynter, a manager of exotic dancers who was known to carry wads of cash and wear flashy jewellery.

Residents of a Rexdale, Ont. neighbourhood said they witnessed Wynter’s pickup truck slowly drive across the road, mount a curb and hit a tree prior to two men getting out of the truck. One of the men was seen removing a gold chain from Wynter’s body, which was slumped over the steering wheel.

A pathologist determined the 35-year-old died of a single gunshot wound to the head.

After the court case resulted in a hung jury, the Crown withdrew a charge of second-degree murder against Brewster, who was 24 years old at the time.

He was a free man — but not for long.

Two years later, Brewster was charged with six drug-related offences, including trafficking, and six weapons offences after police in Hamilton, Ont. observed the alleged member of the Toronto Driftwood Crips involved in a crack cocaine deal; the police raids that followed led to seven arrests and netted more than 100 grams of crack cocaine, nearly $8,000 in cash and two loaded handguns.

Brewster again faced serious charges in 2011 after allegedly carjacking a woman on Highway 401 — while being chased by Chatham-Kent OPP.

According to The Toronto Star, Brewster was on house arrest in 2012 when police seized more than $100,000 in drugs and cash after he was pepper sprayed and subdued by officers while trying to flush dope down a toilet following a drawn-out foot pursuit through residential neighbourhoods in Pickering, Ont.

Brewster would surface again a few years later when a woman who was selling fentanyl, cocaine, heroin and cannabis on his behalf was acquitted on three charges in Ontario Superior Court because she had been essentially beaten and terrorized into moving quantities of drugs out of her Toronto condominium unit for him.

Been doin’ this since kids

This ain’t the life that I chose

But this the life that I live

The man known as Richie Stacks will now be entering the bail phase for his alleged role in Sault Ste. Marie’s largest-ever fentanyl seizure during his stay in the city.

If nothing else, he’ll have plenty of time to write more lyrics.