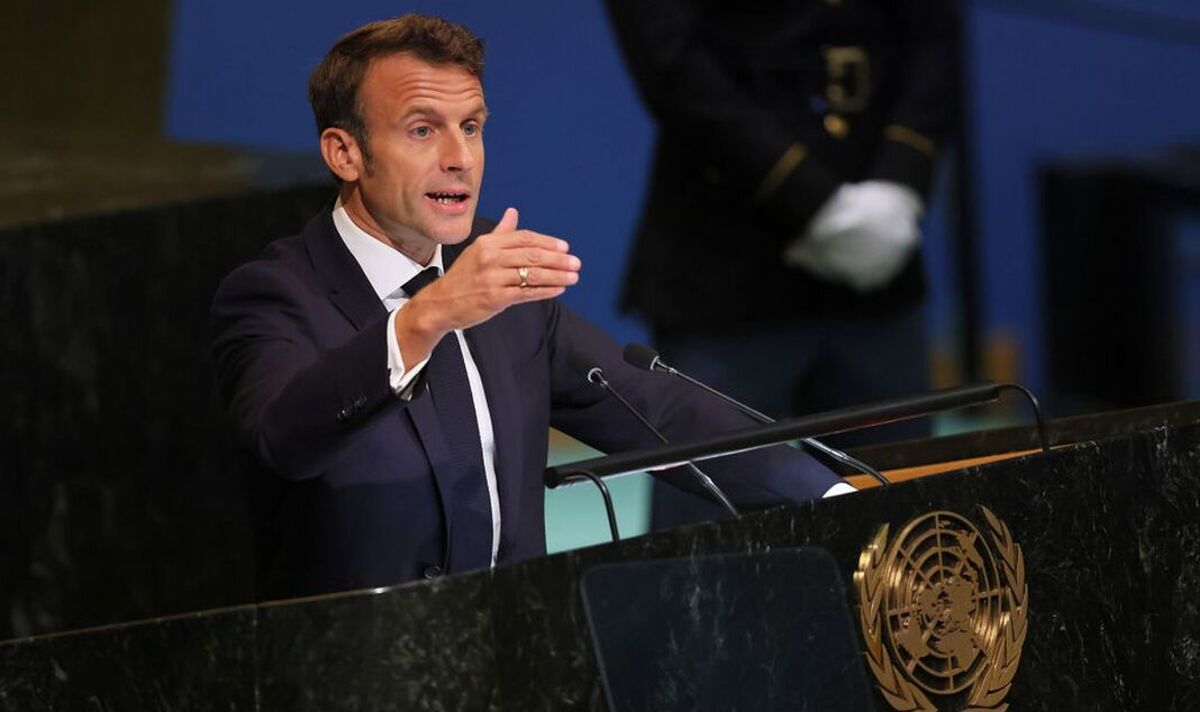 The French President accused the Kremlin of a modern day imperialism by invading Ukraine. Mr Macron also slammed neutral countries who had not spoken out against the Russian invasion arguing they were complicit in a form of “new imperialism” in a furious tirade.

He said: “Those who remain silent today – despite themselves or secretly with a certain complicity – are serving the cause of a new imperialism, a contemporary cynicism that is destroying the world order.

“When I hear Russia saying it’s ready for new cooperation and a new international order without hegemony, that’s a tall story.

“On the basis of what? Invading your neighbour, non-respect of borders you don’t like.

“What’s this order? Who is hegemonic today? Russia.”

While Western countries have been vocal in their support for Ukraine it is a different story in other parts of the world such as Latin America, Africa and Asia where opinion is evenly split pro-Russian or apathetic about the conflict.

Mr Macron rejected the narrative that Western countries were defending outdated values in order to serve its interests.

The French President also disagreed with claims that the rest of the world was suffering as a result of Western sanctions on Russia.

He said: “I call on all the members of this assembly to support us on the path to peace and act to force Russia give up the choice of war so that it realises the cost on itself and us and ends its aggression.

He said: “Who was here during the pandemic?

“Who offers financing to help the climate transition?

“Not those who are coming to you today with the idea of a new world order.

“Not those who didn’t a have a vaccine that worked and offer nothing in the face of climate change.”