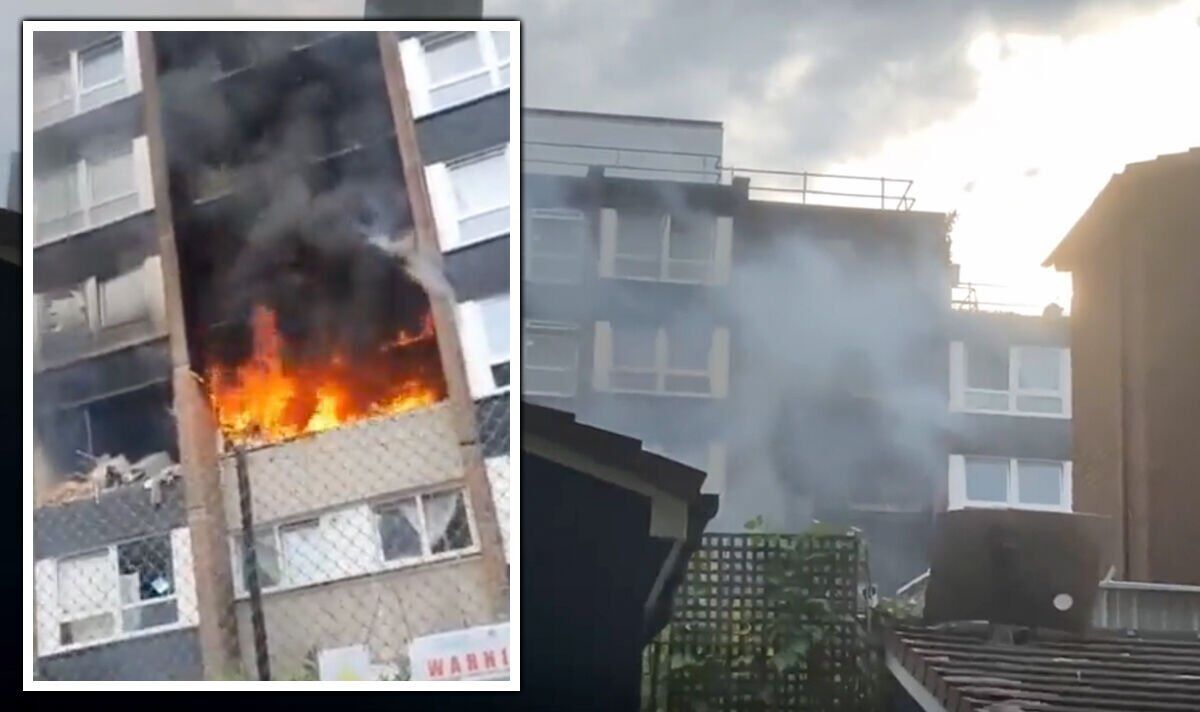 Thick dark smoke was billowing into the air from an eight-storey block of flats on Granby Street in Shoreditch, near Bethnal Green Road, this afternoon. Some 15 fire engines and around 100 firefighters were deployed at the scene. One person was rescued in need of medical attention.

The fire brigade was called at 5.53pm.

LFB Station Commander Paul Green, who was at the scene, said: “Firefighters have rescued one person from a second floor flat who has been taken to hospital by London Ambulance Service crews.

“Another four people have been led to safety by crews using fire escape hoods.”

He added: “Firefighters are continuing to carry out a systematic search of the building.”

The extent of injuries is not yet known.

Officers from Hackney Police are were site to assist the fire brigade and put road closures in place.

Bethnal Green Road was shut from Brick Lane to Queensbridge Road and motorists were advised to avoid the area where possible.

Tower Hamlets Police said: “Warning – Bethnal Green Road is closed both directions near junction with Brick Lane, as we deal with a serious incident with the London Ambulance Service and the London Fire Brigade. Please avoid the area.”

The cause of the blaze remains unclear.

A witness said on social media: “Something just went bang in Bethnal Green.”

Another added: “I felt a bang from nearby while being inside, must be some type of gas explosion.”

Tower Hamlets News shared a video in which flats on the third and fourth floor of the block can be seen alight.

They said: “Distressing footage of fire at Bentworth Court, Bethnal Green. Surrounding roads have been closed by the emergency services, please avoid the area.”