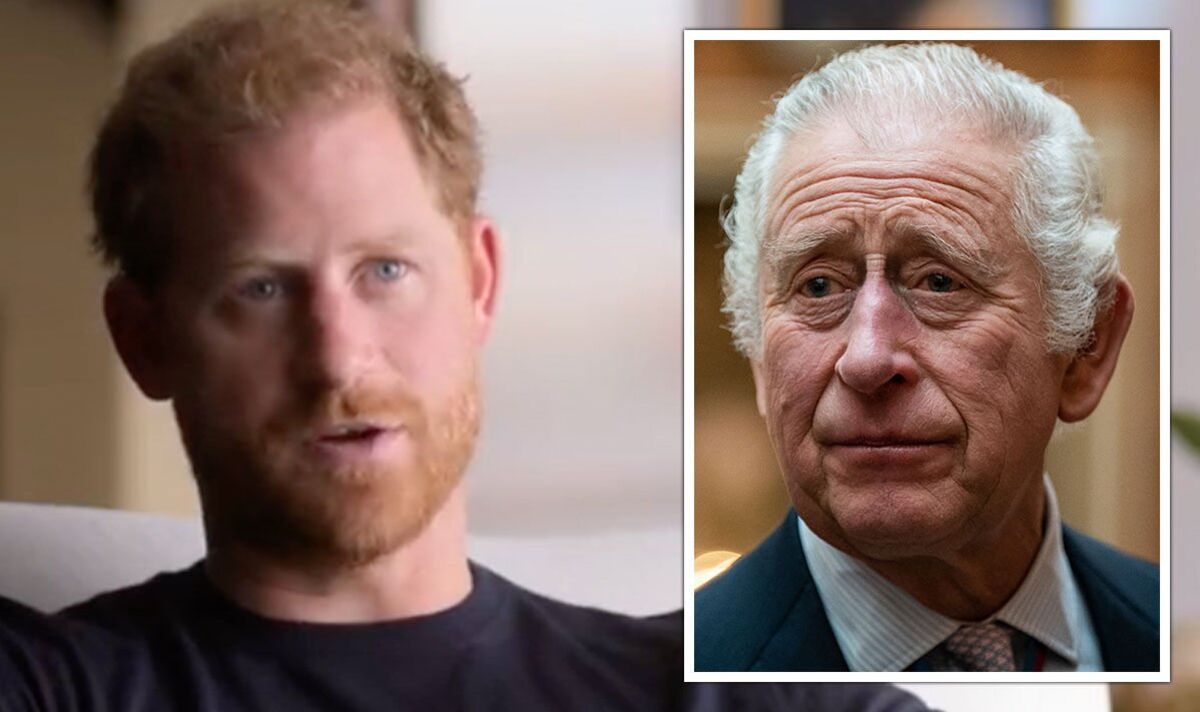 Prince Harry and Meghan Markle‘s latest attack on the Royal Family could force King Charles to strip the couple of their titles. The Sussexes have released an explosive trailer of their potentially imminent Netflix series in what royal commentators describe as their latest attempt at upstaging the Prince and Princess of Wales. King Charles could finally execute his royal power, as Harry and Meghan prepare to once again unleash their “truth”.

Editor At Large at Mail on Sunday Charlotte Griffiths told LBC: “I think this is going to be his [the King’s] first real test, and I think he’s going to have to get quite serious because he’s really soft when it comes to the boys.

LBC’s radio host Nick Ferrari reacted, saying he would be “sobbing every day” if this happened with his children.

Ms Griffiths continued: “But I think this is the first major thing that’s happened since Charles became King, and now he’s going to have to do that thing that we all know the Queen had to do many times in her reign – it is to choose between being a monarch and a father.”

Asked to elaborate on what being monarch means in practical terms, the royal commentator said: “He might have to take action and strip them of their titles.

“He’s basically going to have to choose William’s side because William is the future King”, which said essentially means: “This must end, cut them off.”

However, the King would need to seek permission from Parliament before being able to formally remove the Sussex title from his son.

The glossy Netflix trailer reveals the couple in never-seen-before pictures of them in a montage spanning from their childhood until the present time.

READ MORE: Ngozi Fulani denies Buckingham Palace has reached out to her

The 1 min and 12-second teaser trailer offers a glimpse of the inside love story of Meghan and Harry and of why they stepped down from their royal duties.

Lady Susan Hussey was forced to step back from her royal duties for making racist remarks to Ngozi Fulani, a charity founder, at a charity event at Buckingham Palace on Tuesday.

The Baroness asked the black British charity boss where she was “really from” repeatedly. Ms Fulani said she was “totally stunned” by Prince William’s godmother’s comments and described it as a “form of abuse”, while the Palace described the remarks as “unacceptable and deeply regrettable”.