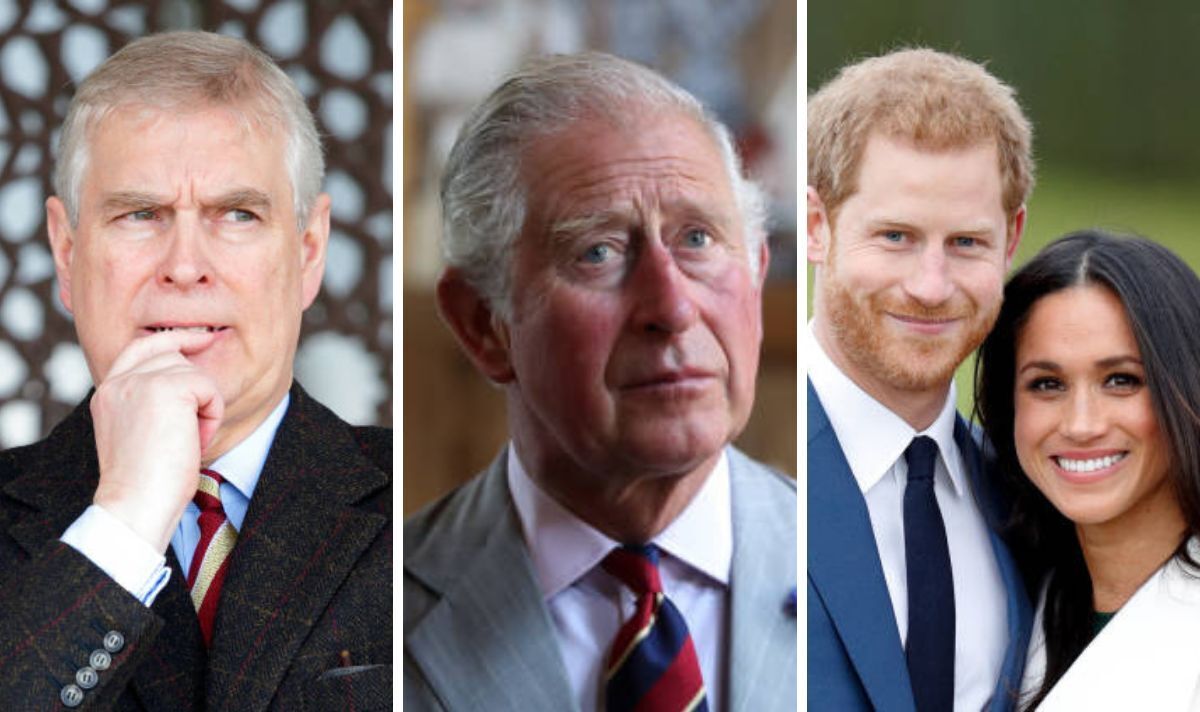 On Wednesday evening, GB News ran a segment about the recent staged protest at Buckingham Palace in which supporters of the campaign group Republic placed a massive ‘polling station’ sign on the palace gates as they call for an elected Head of State. Dan Wootton spoke about the campaign and asked his show guest, royal biographer Tom Bower, about what other factors could “undermine” King Charles’ coronation.

Host Dan Wootton said on the Republic campaign: “It’s clear now that Republicans feel empowered by Prince Harry’s vicious attacks on the monarchy, with the group vowing to stage further stunts in the run-up to May’s coronation.

Dan Wootton also suggested that King Charles’ coronation may be “spoilt” by “those closer to home” as well.

He said: “With no [response] from the Palace on whether the Sussexes will be allowed to attend the national celebration following bombshell accusations against the monarchy.

“The Palace’s dignified silence now has media tongues wagging with speculation as to whether or not the couple, or just solo Prince Harry, with chose to or even be allowed to attend the celebrations.”

Dan Wootton then spoke to his guest, Tom Bower, a former BBC journalist who has written the biography ‘Revenge: Meghan, Harry and the War Between the Windsors’.

The GB News host asked Mr Bower if he believed Buckingham palace would take an “aggressive stance” or “continue to appease” Prince Harry and Meghan Markle.

Tom Bower answered: “Well I think it’s even worse than that because I think that King Charles is showing the very weakness that I always feared.

“I think the British public wants a line drawn under this whole saga. They want these dangerous people from Montecito to be silenced.”

READ MORE: Harry and Meghan will be ‘on the outs for decades’ by royals

Earlier this month, Prince Harry published his memoir ‘Spare’ and named Queen Camilla, who will also be crowned at the May 6 coronation, of leaking stories about the Royal Family to the British media.

In an interview promoting the book on CBS, Prince Harry said he has not spoken with his brother Prince William or father King Charles in “a while” and that the “ball is very much in their court” when it came to reconciliation.

In an ABC interview, he also said it has been “a long time” since he has spoken with his stepmother Queen Camilla.

He said: “I love every member of my family, despite the differences, so when I see her, we’re perfectly pleasant with each other.

“She’s my stepmother. I don’t look at her as an evil stepmother. I see someone who married into this institution and has done everything that she can to improve her own reputation and her own image, for her own sake.”