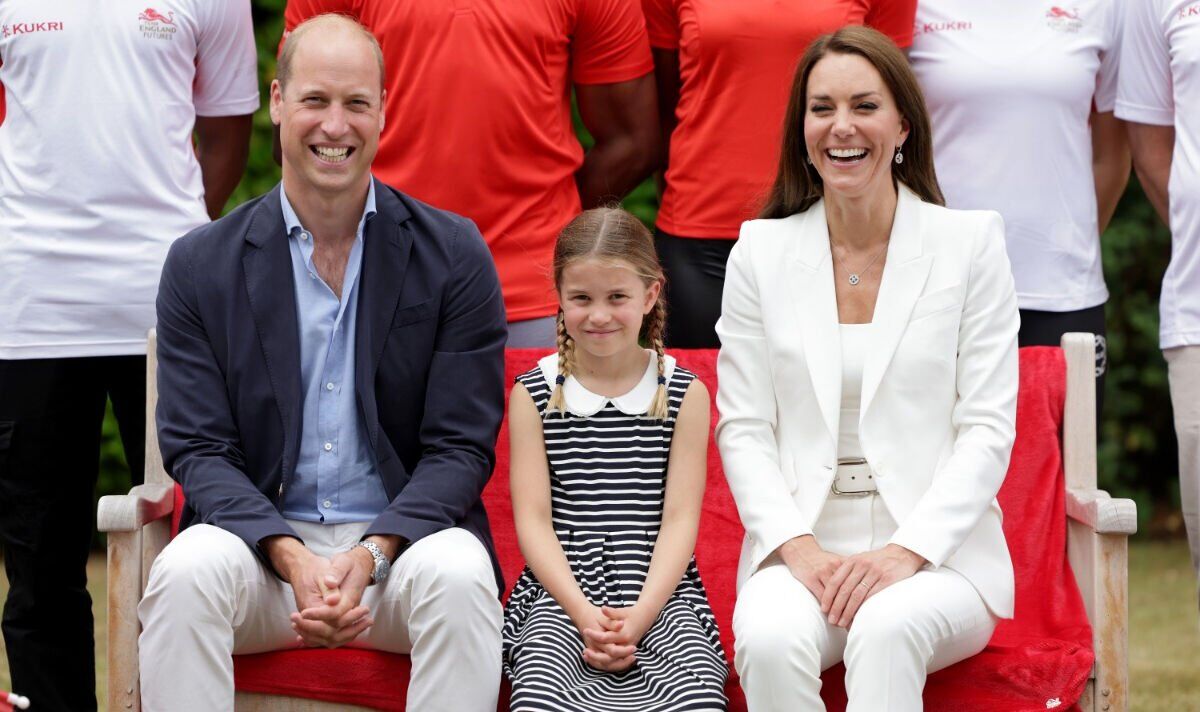 Princess Charlotte, aged seven, appeared alongside the Duke and Duchess of Cambridge, both 40, at the Commonwealth Games on Tuesday. The trio watched on as England defeated India 3-1 courtesy of goals by Giselle Ansley, Tessa Howard and Hannah Martin.

England advanced out of Group A undefeated and saw off New Zealand on penalties to book a place in the final against Australia on Sunday.

Ama Agbeze, who won a gold medal with England’s netball team in the 2018 Commonwealth Games, revealed: “Kate and William went with Princess Charlotte to the England hockey match.

“Charlotte was saying she wants to play hockey.

“When I’d met Kate before she’d said that she played netball so I said ‘she has to play netball, stop’.”

JUST IN: ‘Hardworking!’ Insider claims Kate Middleton does her ‘homework’ ahead of royal outings

According to the Mirror, she added “But it doesn’t matter as long as she plays sport, she can play every sport under the sun.

“It will be good if people take her lead.

“If Princess Charlotte is sitting there and thinking ‘I want to do this’, how many other children are watching and thinking that?”

The Duchess of Cambridge admitted: “My daughter plays netball and now she wants to play hockey.”

The Birmingham Games will conclude on August 8 after more than 5,000 athletes compete across 280 events in 20 sports.