Skip to content
HomeNewsIn Cameroon, refugees get a new lease of life with digital IDs 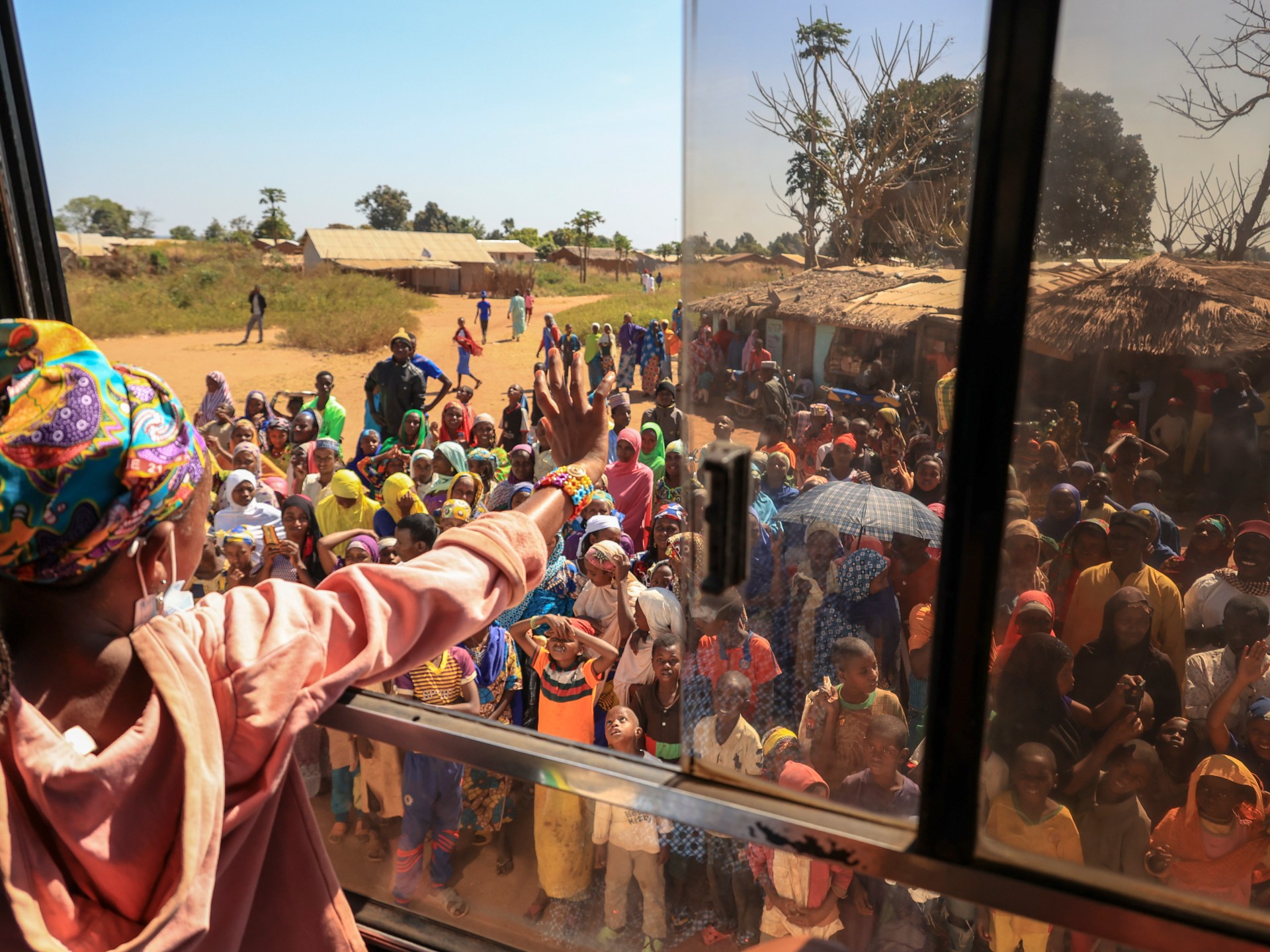 As a refugee in Cameroon, Shelley Teckombi Yazembrou struggled for nearly seven years to open a bank account, or even move around freely, simply because she did not have a national identity card.

That changed in June, thanks to a pilot programme by Cameroon’s government and the United Nations refugee agency (UNHCR), under which 6,000 refugees from the Central African Republic (CAR) were issued biometrics-based IDs to help them access basic services.

Now that they have the identity cards, Central Africans in the eastern Gado-Badzéré camp – where Yazembrou lives – and the Mandjou area are starting to access education, jobs, healthcare, and travel around without fear of arrest.

“Having the ID card has really helped me,” said Yazembrou, 34, who works as a community organiser, helping aid agencies and local authorities assist nearly 30,0000 Central African refugees at the camp.

“It isn’t as good as Cameroonian nationality, but I’m still grateful,” she told the Thomson Reuters Foundation.

Violence in CAR has forced more than 700,0000 people to leave the country since rebels removed then-President François Bozizé from power in 2013, according to UNHCR. About half of them found refuge in neighbouring Cameroon, mostly in eastern and northern regions.

Cameroon – which hosts about half a million refugees in all – joins a handful of African nations, including Senegal, Mali and Rwanda, that have issued a limited number of refugee IDs, said Mbav Tshilombo, UNHCR deputy representative in Cameroon.

“The card is a form of empowerment, so they can have access to jobs and financial institutions,” he said, adding that Central Africans with the ID no longer need a Cameroonian intermediary to help them set up businesses.

More than one billion people globally – 40 percent of whom live in Africa – do not have official proof of identity, greatly limiting their ability to access basic public and financial services, according to the World Bank.

In Cameroon, the UNHCR issues its own ID cards to all refugees, but these are not widely recognised, and refugees generally cannot use them to apply for jobs, enrol in a university or undertake other everyday tasks.

“We’re working with the government for them to recognise the identity cards issued by UNHCR, so that those who haven’t received the biometric cards won’t have problems,” said Tshilombo.

For the new biometric IDs, authorities are prioritising refugee women, who are at greater risk of abuse or exploitation without a proper livelihood, he added.

About half the refugees in Cameroon – those aged above 18 – are eligible for the new IDs, according to local officials.

Digital IDs have proven to be “the most effective” way for governments and aid agencies to provide relief and resources to displaced people, said Kathleen Ndongmo at the African Digital Rights Network, an advocacy group.

“Existing inequalities in refugee populations may be exacerbated without such interventions, denying the most vulnerable life-enhancing opportunities,” she said.

At the same time, host nations must take care to safeguard the data that is held in the digital IDs, she added.

“Due to the fact that many of them may be fleeing persecution, protecting their data is crucial.”

Across Africa, more governments are issuing digital IDs that are necessary for everything – from opening a bank account to buying a mobile SIM card to getting a passport.

Yet the system leaves out poor and marginalised people who may lack the necessary documents for an ID, or face other challenges, rights groups say.

Last year, the High Court of Kenya declared the rollout of the country’s biometric ID scheme as illegal. A group of charities in Uganda also recently sued their government, arguing that vulnerable groups have been denied potentially life-saving services due to flaws in the national biometric ID system.

Many countries also lack strong data protection laws, which leaves migrants and refugees particularly vulnerable due to a large amount of information they have to submit during the asylum process, said Ndongmo.

Cameroon’s constitution guarantees data protection rights, but there is no data protection law. A privacy bill is currently being drafted, and refugees “are not safe as long as this is not guaranteed and enforced”, Ndongmo added.

Systems are in place to ensure that the personal data of the refugees is protected, said Norbert Wirnkar, an official at Cameroon’s Ministry of Foreign Affairs who helped coordinate the digital ID project.

The biometric ID cards are also necessary for security reasons, such as policing checkpoints and identifying suspected criminals, he said.

“It’s almost impossible to track every refugee in the country. Less than 30 percent live in identified refugee settlements … which complicates any attempt of surveillance,” Wirnkar said.

With the pilot project finished, the government and the UNHCR are now waiting for more funds to issue biometric ID cards to all eligible refugees by the end of this year, said Tshilombo.

“If we have funding, we’ll restart the process. Within two to three months, we can distribute to all the remaining refugees,” he said.

Enjoying her newfound freedom and rights, Yazembrou, is making plans for the future.

“What I really want to do now is to open a bank account,” she said.