Skip to content
HomeNews‘I am not bluffing’: Putin vows to use nuclear weapons if Russia’s territory threatened 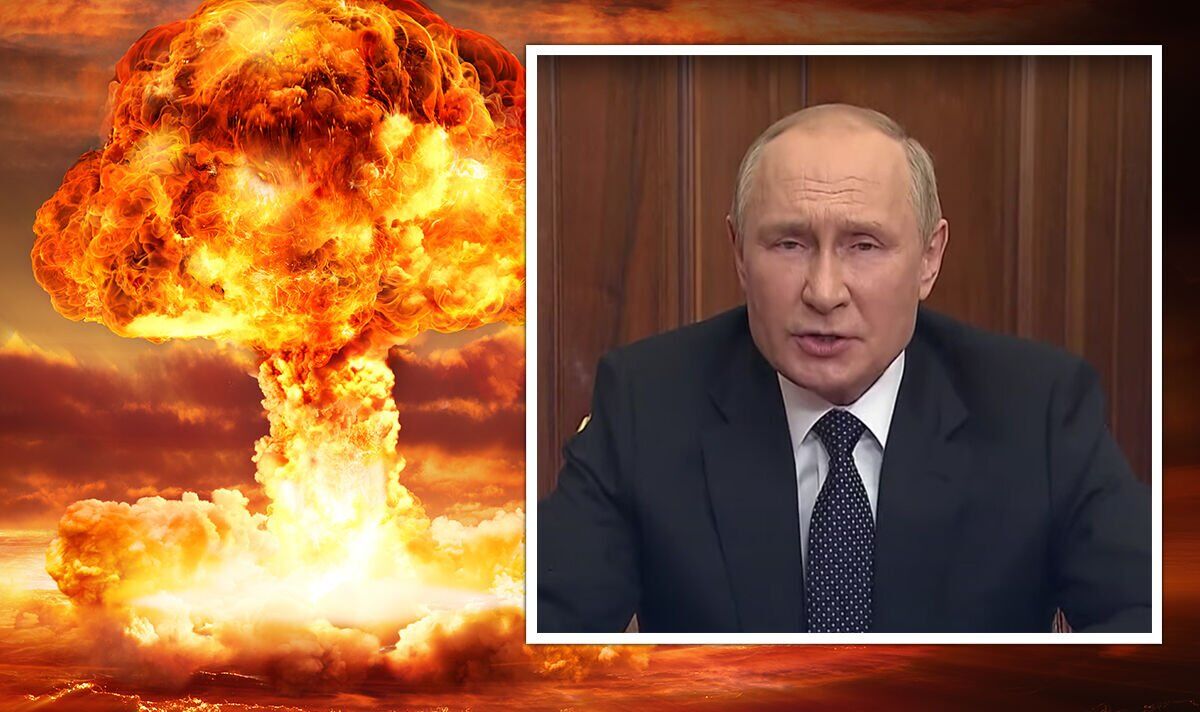 Vladimir Putin has sent a terrifying message to West after vowing to use nuclear weapons if Russia‘s territory comes under threat. During a national address announcing a partial mobilisation for the country’s military campaign in Ukraine, he reminded the West that Russia has modern weapons of destruction, saying: “I am not bluffing.” The Russian President accused the West of engaging in nuclear blackmail against Russia, and warned his country has d “lots of weapons to reply” to what he called Western threats

It was an ominous moment during the televised message to tens of millions of Russian – the first since he ordered troops into Ukraine on February 24.

Putin warned in his televised address to the nation: “If the territorial integrity of our country is threatened, we use all available means to protect our people – this is not a bluff.”

The Russian President said he had signed a a decree on a partial mobilisation, a move that now significantly escalates the seven-month-long conflict in Ukraine.

He added his aim is to “liberate” the Donbas region in eastern Ukraine, claiming that most people in the regions under Russian control did not want to be ruled by Kyiv.

Putin said the mobilisation will begin today, adding: “I stress it is partial mobilisation. Only those who are in reserve will be conscripted.

“I shall stress that Russian citizens called up as part of mobilisation will be given all the benefits of those serving under contract.”

The Russian President also said in the national address: “Citizens of Donetsk and Luhansk People’s Republics, Kherson and Zaporizhzhia and other areas free from the Nazi regime.

“We will be talking about the steps of protecting our sovereignty, support of the will and desire of our citizens to decide their will themselves.”

READ MORE: Russia’s own tanks are now being used against them

She lambasted the Russian President’s “lies” and “illegal war” in Ukraine, adding: “These are Putin’s lies and he’s continuing to completely misrepresent what’s happened in Ukraine.

She added: “The people of Ukraine, you know, it’s the same message. We’re there, we’re by your side, we will help us as much as we possibly can.”

He told Sky News: “Russia so far has been fighting this war with one hand tied behind its back, they refused to mobilise because Putin was worried about the effect on Russian public opinion. What Putin has now announced is the mobilisation which he’s been refusing to do since the war began.

“He has now accepted the advice of his military and has come back to the nuclear threat in the context of alleged nuclear threats from the West.

“Now, I don’t know whether he believes that or not, but it is obviously a very significant step up in the rhetoric that is going on.”

Russia currently considers Luhansk and Donetsk, which make up the Donbas region in eastern Ukraine that Moscow partially occupied in 2014, to be independent states.

In contrast, Ukraine and the West consider all parts of the country held by Russian forces to be illegally occupied.

Russia holds around 60 percent of Donetsk and by July had captured all of Luhansk after gradual advances during several months of intense fighting against opposition forces.