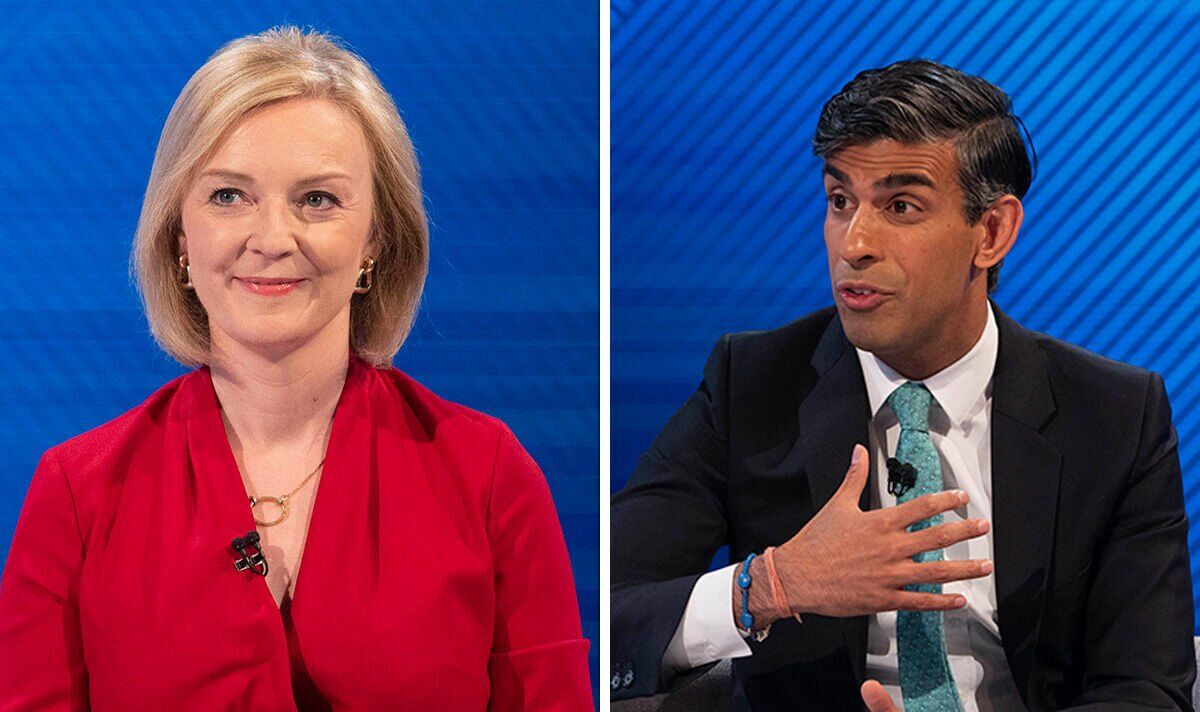 Foreign Secretary Liz Truss and former Chancellor Rishi Sunak went head to head in another leadership debate on Thursday evening, August 4. The latest showdown in the Tory leadership contest, hosted by Sky News’ Kay Burley, saw both leadership hopefuls face off on taxes, Brexit and Ukraine among other issues.

The televised debate was an opportunity for the candidates to be scrutinised by Tory Party members.

Ms Truss faced questions first and set out her plan to keep taxes low, deliver on Brexit opportunities and fend off a recession.

She came under fire over her recent U-turn on her pledge to save £8.8billion by introducing regional wages for public sector workers.

Despite not apologising for the “offensive” policy when asked she said it was misinterpreted and she “took an immediate decision not to go ahead with it”.

She also said that outgoing Prime Minister Boris Johnson did a “good job” on the vaccine and Brexit but had “made mistakes” concerning Ukraine.

Mr Sunak said he was going to “fight” to win the contest despite Ms Truss’ lead in the polls, and argued he should be judged by his character, not his bank account.

His track record as Chancellor was scrutinised and he was forced to defend his ‘eat out to help out’ scheme.

When asked why he should be trusted Mr Sunak boasted about his record during the pandemic and called for the country to “grip inflation” rather than borrowing.

He was also criticised for turning his back on Mr Johnson and said it had got to a point where it was “too difficult to stay”.

At the end of the debate, a show of hands among the audience declared Mr Sunak the winner.

In a poll that ran from 9pm on Thursday, August 4, to 9am on Friday, August 5, Express.co.uk asked readers: “Who was the strongest candidate in the latest Tory leadership debate?”

Overall, 1,096 people cast their votes with the vast majority, 69 percent (757 people) answering “Liz Truss” was the strongest candidate in the debate.

Meanwhile, some 28 percent (311 people) said “Rishi Sunak” was the strongest candidate.A further three percent (28 people) said they did not know either way.

Dozens of comments were left below the accompanying article as readers shared who they thought won the Tory leadership debate.

Username As above said: “The best Person for the job and for the betterment of the people of the United Kingdom. ELIZABETH TRUSS.”

Username Stars1 said: “I don’t care how well Rishi came across, I still don’t want him as PM.”

And username LindsayH said: “[Rishi] probably won the debate tonight, but he still comes across to me as smug.

“If Liz wins I’ll be happy. She is flawed, less polished in debate and nervous. But for some reason I find her believable.”

While some readers agreed with the audience result and backed Mr Sunak as the strongest candidate.

Username Jimbo1389 said: “He definitely came over better than Liz. She was good but Sunak was quite a bit better.”

And username UkssR said: “Rishi won that one hands down.”

After over a month of campaigning, postal ballots are expected to be issued to the 160,000 Tory Party members soon.

Hustings continue throughout August and a new Prime Minister is due to be announced on September 5.