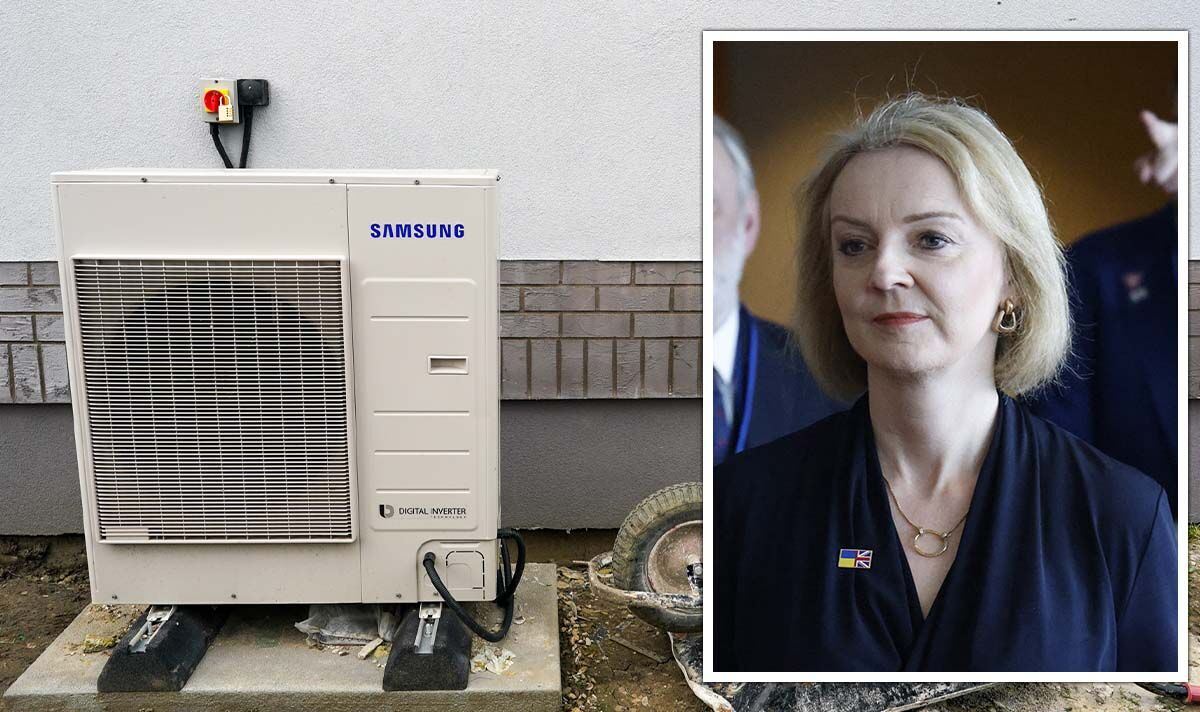 Campaign group Greenpeace has slammed the Government’s rollout of energy efficiency measures like heat pumps and home insulation while adding that by implementing widespread policy promoting such upgrades, the UK could boost its economy by £7billion a year. Analysis by Cambridge Econometrics, commissioned by Greenpeace, also found that such measures, which were already tipped to save bills for millions of homes, would also generate about 140,000 jobs by the end of the decade.

The recommendations set out by the report include boosting the energy efficiency of all homes in the country, through measures like installing wall, loft and floor insulation as well as double glazing, to a minimum of Energy Performance Certificate (EPC) C standard over the next 10-15 years.

The report also recommends that the Government ramp up the deployment of low-carbon heat pump technology, so that installation reaches 900,000 per year by 2028, which would be a major step up from their current plan of installing up to 600,000 heat pumps per year.

According to the authors of the report, such measures would be funded partly through Government grants, like the Boiler Upgrade Scheme – which currently offers grants of up to £5,000 for air source heat pumps.

However, despite this scheme, Graham Thompson from Greenpeace UK said that Britain has been lagging behind other countries, having some of the poorest installations rates in Europe.

He said: “Government targets for energy-saving upgrades are woefully off track, with home insulation installations falling 50 percent this year and sales of heat pumps per household in the UK the lowest in Europe in 2020.”

While the Boiler Upgrade Scheme has been looking to incentivise homeowners by offering subsidies of up to £5,000 to install heat pumps, a recent survey from the Ground Source Heat Pump Association (GSHPA), found that the scheme had yet to deliver increased demand for heat pumps.

The takeup has been slow, as the latest government figures show that the BUS received 4,337 voucher applications between May 23rd (which is when it was launched) and the end of July 2022.

One of the factors that is likely dissuading households from accessing support through the BUS is that to qualify, households need to meet a high standard of home insulation.

These measures could cost anywhere from £7,000 to £15,000, and currently, there is no Government support for the average homeowner.

Greenpeace UK’s chief scientist, Dr Doug Parr, said: “The UK is in an economic, energy and climate meltdown. Yet the government continues to shun the green home upgrades that offer a viable way out of this mess. It’s truly baffling.

“Greening the UK’s homes at speed and scale will reduce energy consumption, bills and carbon emission. It will provide tens of millions of households with warmer homes that are cheaper to run and help limit the catastrophic impacts of the climate crisis.

“Those reasons should be enough on their own, but what’s key is that, as the UK is hurtling towards a recession, it could give a boost of almost £7billion for the economy by the end of the decade. Insulation and heat pumps may not be sexy but they sure are effective.”

He said: “Energy efficiency is the fabled ‘silver bullet’ for a future energy system: it cuts bills and carbon emissions today, it creates jobs and it reduces our reliance on foreign gas.

“We’ve helped to improve well over a million properties across the country in the last decade and we’ve seen the personal impacts of people living in warmer, more comfortable homes; not just lower bills but families leading healthier lives, in streets and estates that are simply nicer places to live.

“The decade ahead is crucial if we are to meet our 2050 zero carbon targets, but taking action for climate also means taking urgent steps to help people this winter and in the years to come.”