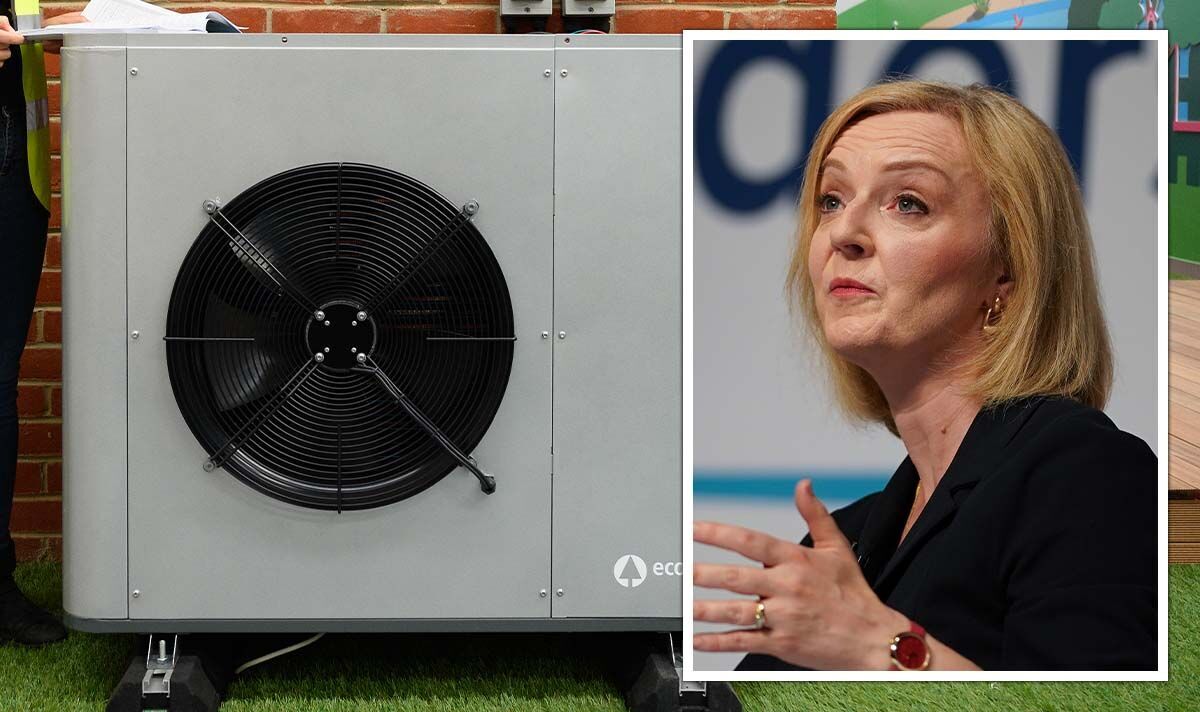 New horror predictions from experts have revealed that the energy price cap (annual maximum tariff) could soar to £4,200 by January. With the skyrocketing bills largely due to surging costs of wholesale gas across the globe, the Government has been scrambling to wean the country off this energy source with alternative measures.

Heat pumps are a low-carbon alternative to gas boilers, which may also be able to shield consumers from soaring bills according to some experts.

But currently, the staggering installation costs are hamstringing the rollout, putting Westminster’s target of deploying 600,000 heat pumps a year by 2028 in jeopardy.

To overcome this, the Government is providing £5,000 subsidies to halve the costs.

But these taxpayer-funded grants, which have gone towards 2,000 separate installations, reportedly cost around £10million.

In response, not-for-profit trade body the Energy and Utilities Alliance (EUA) is calling on the Government to target the subsidies towards other energy efficiency measures in the home to help slash bills.

According to data from the Energy Savings Trust, £10million would provide 19,000 lofts with insulation, which it claims would save households £4.8million a year on bills.

And if used to fit cavity wall insulation, 8,400 homes would be able to save around £2.4million a year on bills.

However, EUA claims that fitting a heat pump to 2,000 homes, while slashing carbon emissions by 3,200 tonnes, will see household bills increase by £186,000 a year.

Mike Foster, the chief executive of the EUA, said: “We are in the middle of a cost-of-living crisis; bills are soaring and consumers hurting.

“Is now the time for taxpayers to pay a middle-class bung to fit a heat pump, when there are better ways of reducing bills for more people and cutting greater levels of carbon?”

“The former Chancellor, Rishi Sunak, has spotted the problem and called for this unfair subsidy to be scrapped. Will the bookies favourite to be the next PM, Liz Truss, do the same?”

“When times are tough, there is even greater importance on Government providing the best use of hard-earned taxpayers’ cash. It simply isn’t the time to give £5,000 cash handouts to those who can afford their energy bills, compared to helping the millions in dire need of support.”

He went on: “The scheme isn’t even living up to expectations.

“We know Whitehall officials are worried it is failing. The total scheme, over three years, amounts to £450million subsidising 90,000 heat pumps.

“That same amount means nearly one million homes could get free insulation, cutting bills by nearly £220million a year.

“Surely that’s the greater prize in these difficult times?”

While the EUA has unleashed fury at the heat pump scheme, the Building Research Establishment has called on the Government to implement a plan involving both heat pumps and insulation.

“A long-term retrofit plan, in our view, would bring this figure right down with the Government accelerating the rollout of energy saving measures such as insulation and green technologies like heat pumps, to wean the public off natural gas.

“For example, the Government’s recent Energy Security Bill included a renewed commitment to the Heat Pump Accelerator Competition in the form of a £30million investment to support heat pump manufacturing. Schemes like this are crucial to driving down the market value of green technologies like heat pumps, and will go a long way towards encouraging consumers to adopt them in their homes.”