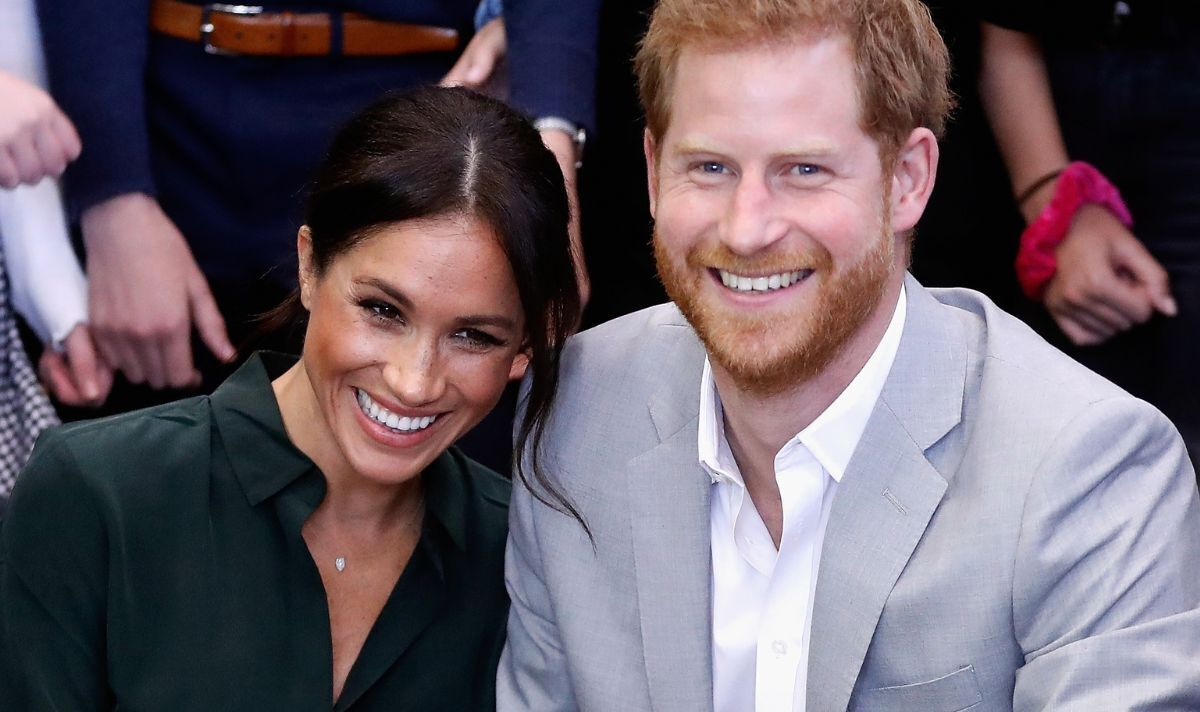 Meghan Markle and Prince Harry’s new show will see the couple open up on life like the Kardashians, according to a royal commentator.

Kinsey Schofield, speaking exclusively to Express.co.uk, warned there is “no going back” following the release of the series.

The host of podcast To Di For Daily said: “I can’t believe they’re putting this type of content out there. Once you open yourself up like this… there is no going back. Perception changes of you. You now seem more attainable. You are officially a Kardashian.”

The Netflix trailer released yesterday features a montage of images of the couple. Harry, in a voice over, says: “No one sees what’s happening behind closed doors… I had to do everything I could to protect my family.”

Meghan adds at the end of the clip: “When the stakes were this high, doesn’t it make more sense to hear our story from us?”

The timing of the trailer’s release has been subject to controversy. It comes as William and Kate are in Boston on a highly anticipated royal trip to present the Earthshot Prize later today.

“I do think that Netflix was looking to use the hype from William and Catherine’s visit to steal some headlines,” said Ms Schofield, “Which is unfortunate because the Prince and Princess of Wales haven’t been here in almost a decade and Earthshot is something to be genuinely proud of.”

The couple watched the Celtics win a home game against the Miami Heat, prompting New York Basketball to post a video of William and Kate watching the game, captioned: “Jolly good show, basketballers.”

She added: “As you can see there are crowds in Boston coming out to see William and Catherine – and that is a sign that we are interested.”

William and Kate also feature briefly in the Netflix trailer, which shows the Princess of Wales staring into the camera while sitting in front of the Sussexes.

Ms Schofield slammed the use of the footage, saying: “Kate’s family would never take footage of Meghan and include her on a television show streamed for millions without her permission. It’s vulgar.”

The release of the series next week, on December 8, isn’t the only upcoming high profile event for the Sussexes.

On December 6, the pair will fly to New York to accept the Ripple of Hope Award. In January, Harry’s memoir Spare will hit the shelves in bookstores around the globe.

The trip comes as charity boss Ngozi Fulani alleged William’s godmother, royal aide Lady Susan Hussey, “relentlessly” asked about her nationality – she is British – and where her “people” came from. She has said that she considers the behaviour “abuse”.

Lady Susan Hussey has since apologised and resigned from her position.

Buckingham Palace described the remarks as “unacceptable and deeply regrettable”, while a spokesperson for Prince William said “racism has no place in our society”.