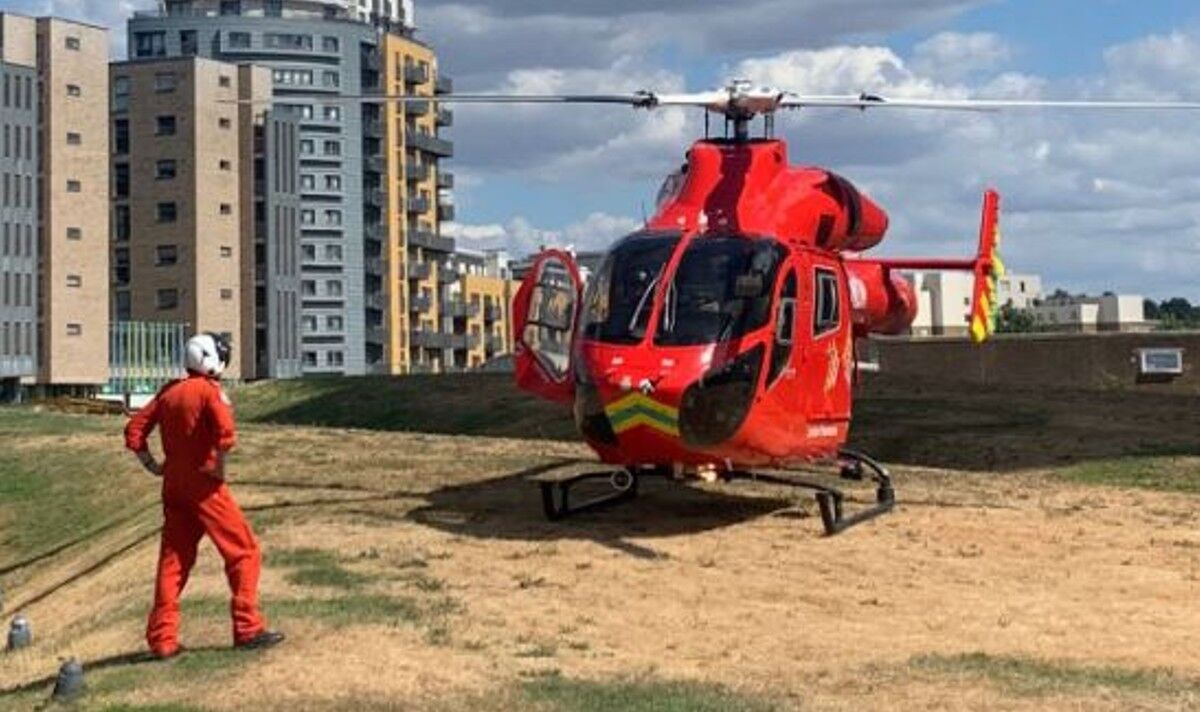 One Twitter user reported having heard “gunshots”, while another said “there has been a shooting right in front of where I am visiting in Greenwich”. According to a third, a member of the public was rescued by an air ambulance. Creek Road is currently closed off, with emergency services on the scene nearby. Authorities have urged residents to avoid the area.

Specialist officers including armed police could be seen in pictures circulating on social media.

Eyewitness Clare Thomas told Express.co.uk: “We were passing in traffic on Creek Bridge and saw a gunman.

“The hand he held the gun in — the left hand — was wrapped in duct tape.

“We made a call reporting this.”

READ MORE: When your area will get rain – latest maps and charts

One post read: “Something serious going on around Greenwich.

“Entire bridge shut, ambulance and helicopters and loads of police.”

London Ambulance Service confirmed they were called to reports of a shooting and a man had required further attention after being treated on the site of the incident.

A spokesperson said: “We were called at 2:42pm today (5 August) to reports of a shooting in Creek Road, Greenwich.

“We sent a number of resources including an ambulance crew, an advanced paramedic, a motorcycle paramedic, a medic in a fast response car and an incident response officer, and we also dispatched medics from London’s Air Ambulance.

“We treated a man at the scene and took him as a priority to a major trauma centre.”

DON’T MISS
Hosepipe ban rules: Every restriction outlined [INSIGHT]
What is to blame for the recession? [HAVE YOUR SAY]
NHS patients should be punished for missing appointments [POLL]

Met Police said in a statement: “At 14:31hrs on Friday, August 5, police received multiple 999 reports of a man with a firearm in Creek Road.

“Firearms officers attended the scene. The man was located. A police firearm was discharged and the man sustained a gunshot injury.

“He was treated at the scene before being taken to hospital. We await an update on his condition.

“No other injuries have been reported.”

While a large police cordon reamins in place on Creek Road, officers at the scene have said it does not seem as if there was a threat to people.

A police spokesperson said: “The investigation is in its early stages.

“At present, there does not appear to be an ongoing threat to the wider public.”