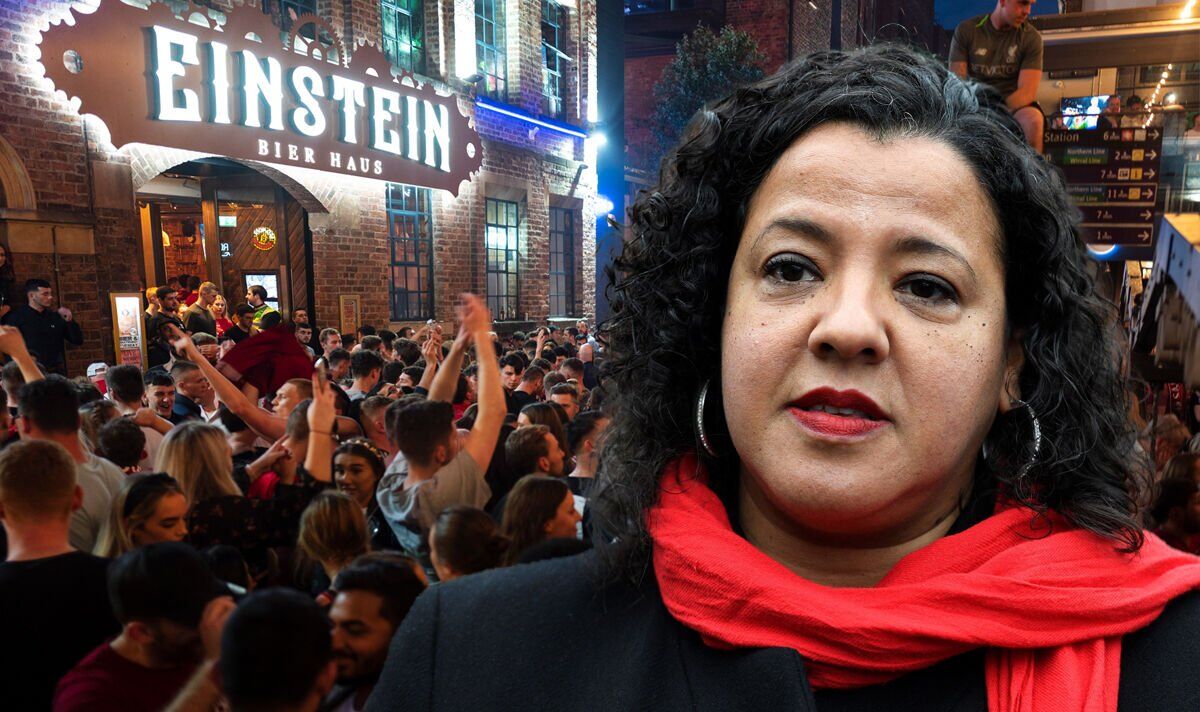 Numerous clips from different sources show the couple engaging in sex acts in full view of hundreds of bystanders just a short distance from Concert Square and the entrance to Einstein Bier Haus. The couple didn’t stop when people approached them and started filming them on their phones.

Other videos have emerged that appear to show the couple behaving inappropriately on Bold Street as well as on a Merseyrail train.

The videos surfaced early on Tuesday and have sparked reaction on social media ranging from amusement to outrage.

Liverpool Mayor Joanne Anderson said she was “shocked” by the “disturbing” act on Twitter.

She said: “I am extremely shocked and concerned at videos circulating showing acts of indecent exposure and sexual activity in our city. This isn’t amusing – it’s disturbing, damaging and an illegal act.

“It also sets a dangerous precedent for the young women and men of our city. Let me be clear – this is a criminal offence.

“Acts of indecent behaviour in public places in Liverpool is simply unacceptable and will not be tolerated. I have spoken with Merseyside Police and requested immediate and appropriate action.”

Merseyside Police has confirmed it has now launched an investigation into the videos and urged people not to share the videos online.

“All year round we work tirelessly with local businesses, Liverpool City Council and other partners to make sure that our City Centre is a safe place for people to come and visit and experience our nightlife.

“We are clear that we won’t let such unacceptable behaviour from a small minority of people tarnish the reputation of our city, so please, come forward with any information and we will take action.”