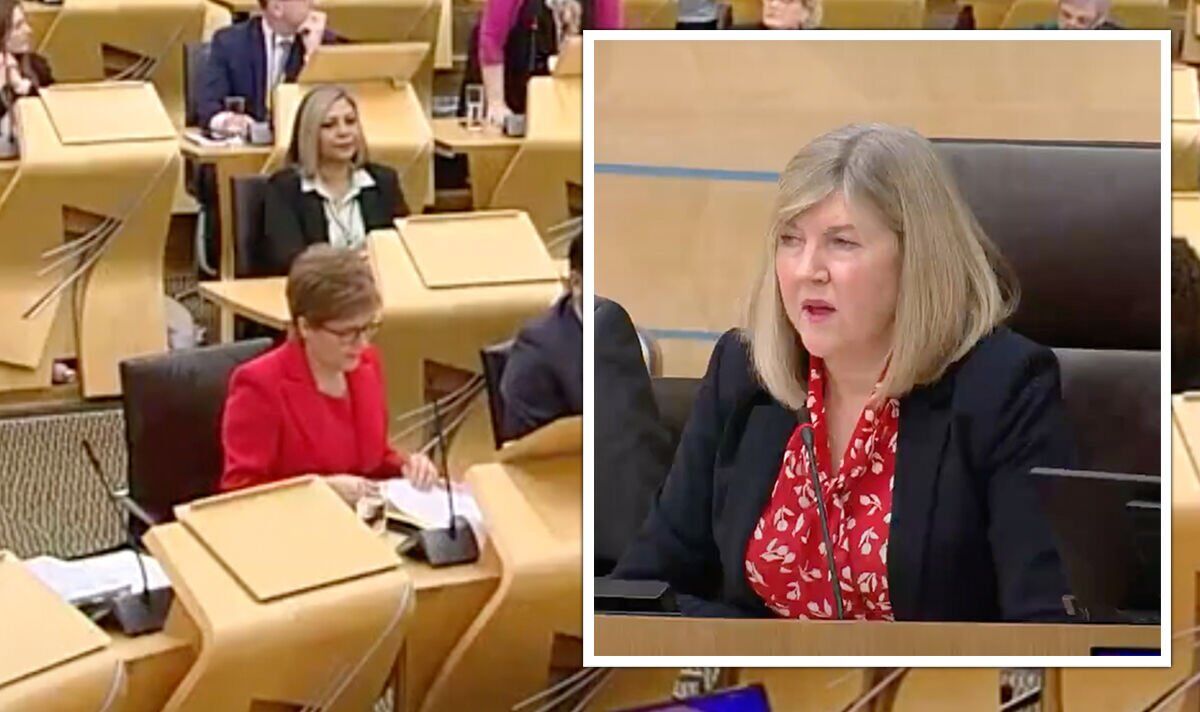 A protester forced First Minister’s Questions in Scotland to be suspended this afternoon after shouting from the public gallery. Nicola Sturgeon was answering questions from backbench MSPs when the outburst brought a sudden stop to proceedings.

The heckling occurred as the SNP’s Stephanie Callaghan was asking a question regarding yesterday’s Supreme Court verdict that IndyRef2 can only be held with Westminster’s consent.

The MSP had barely risen to her feet before the protester started speaking. The disturbance caught the attention of all those in the Chamber, interrupting proceedings.

Presiding officer Alison Johnstone announced that she was suspending business “for a moment” while the incident was dealt with.

A live video stream of the Chamber was then muted and the video paused while the member of the public was kicked out of the Chamber.

It is unclear exactly what the protestor was demonstrating against.

They could be heard shouting that something was “completely unacceptable” before the video feed’s audio was cut off.

Giving her views in response to Ms Callaghan’s question once the demonstration was over, Ms Sturgeon had accused Unionists of attempting to “silence Scotland’s voice”.

She said: “Unionist Westminster politicians want to silence Scotland’s voice because they’re scared of what Scotland might say. It is quite simple.

“So I think we know everything we need to know about the views of Westminster unionists parties, by their determination to block Scotland’s democracy. But it will not prevail.”

She added: “Any partnership in which one partner needs the consent of another to chose its own future is not voluntary and is not even a partnership.

“Within the UK right now, it is the case that England could chose to become independent but Scotland, Wales and Northern Ireland can’t.

“But Scotland’s voice will not be silenced.

“Scotland’s future is up to the people of Scotland and that will always be the case.”

With Holyrood having a majority of pro-independence MSPs, the First Minister continued: “The mandate for an independence referendum in this Parliament is undeniable, there is a clear majority for that.”

She said stands ready to discuss the issue with the UK Government “at any time”, but added: “I fully anticipate that their democracy denial will continue, at least in the short-term, because they are scared of the outcome of a democratic process.

“Regardless of attempts by Westminster to block democracy, I will always work to ensure that Scotland’s voice is heard and that the future of Scotland is always in Scotland’s hands.”