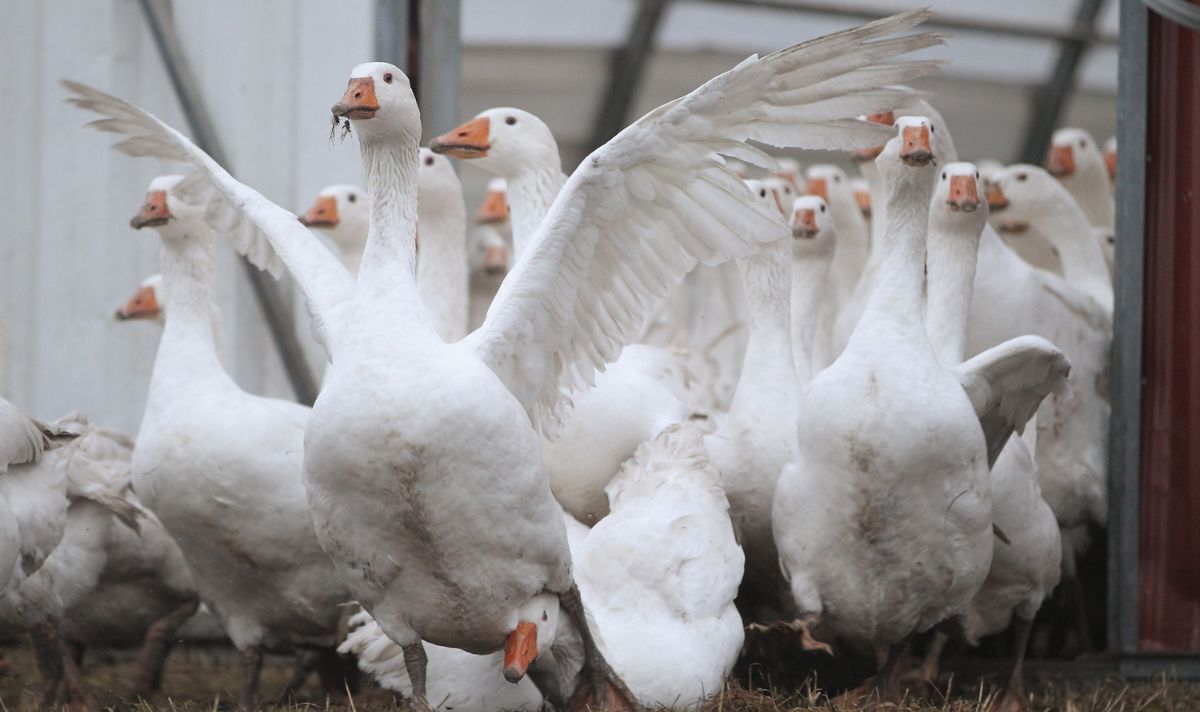 More than half of all farm geese destined for dinner tables this Christmas have been culled after another outbreak of avian flu, it emerged today. Government vets confirmed the outbreak at a farm in Breckland, Norfolk, the county’s fourth case in the last week. The Department for Environment, Food and Rural Affairs (Defra) said all 12,000 geese at the farm will be humanely culled.

A 1.8 miles (3km) protection zone and six-mile (10km) surveillance zone were put in place around the premises, it added.

It comes after the farmers union warned the “worst bird flu outbreak in UK history” posed a threat to the supplies of Christmas turkey and goose sales.

Norfolk, which is home to around 90 per cent of the country’s Christmas geese, has been hit particularly hard with 15 cases confirmed.

The culling at the farm follows a major outbreak at three other geese farms in the county.

Poultry auctioneer Fabian Eagle told a local newspaper: “That is the last of the four big flocks of geese gone.

“On a conservative estimate you could probably say that over half of the UK’s Christmas geese have now been culled.

“It is unlikely you will see an English goose in the supermarkets this Christmas, but if you normally get it from your local village supplier make sure you have confirmed your order.”

More than 160 cases have been confirmed across the country and a staggering 3.2 million birds were culled. The previous record in 2020/21 was 26.

“I know of some instances where seasonal turkey producers have been affected.”

He said farms which have an outbreak and are classed as infected could have to stop raising birds for up to a year.

The Department for Environment, Food and Rural Affairs (Defra) said officials were working to “eradicate the disease as quickly as possible”.

Around one billion birds are farmed in the UK each year and other species, such as ducks, are also at risk.